Someone Actually Put 80,000 Miles On This Ultra-Rare BMW-Powered Mercedes 300E

The ultimate German performance sedan deserves to be driven, don’t you think? 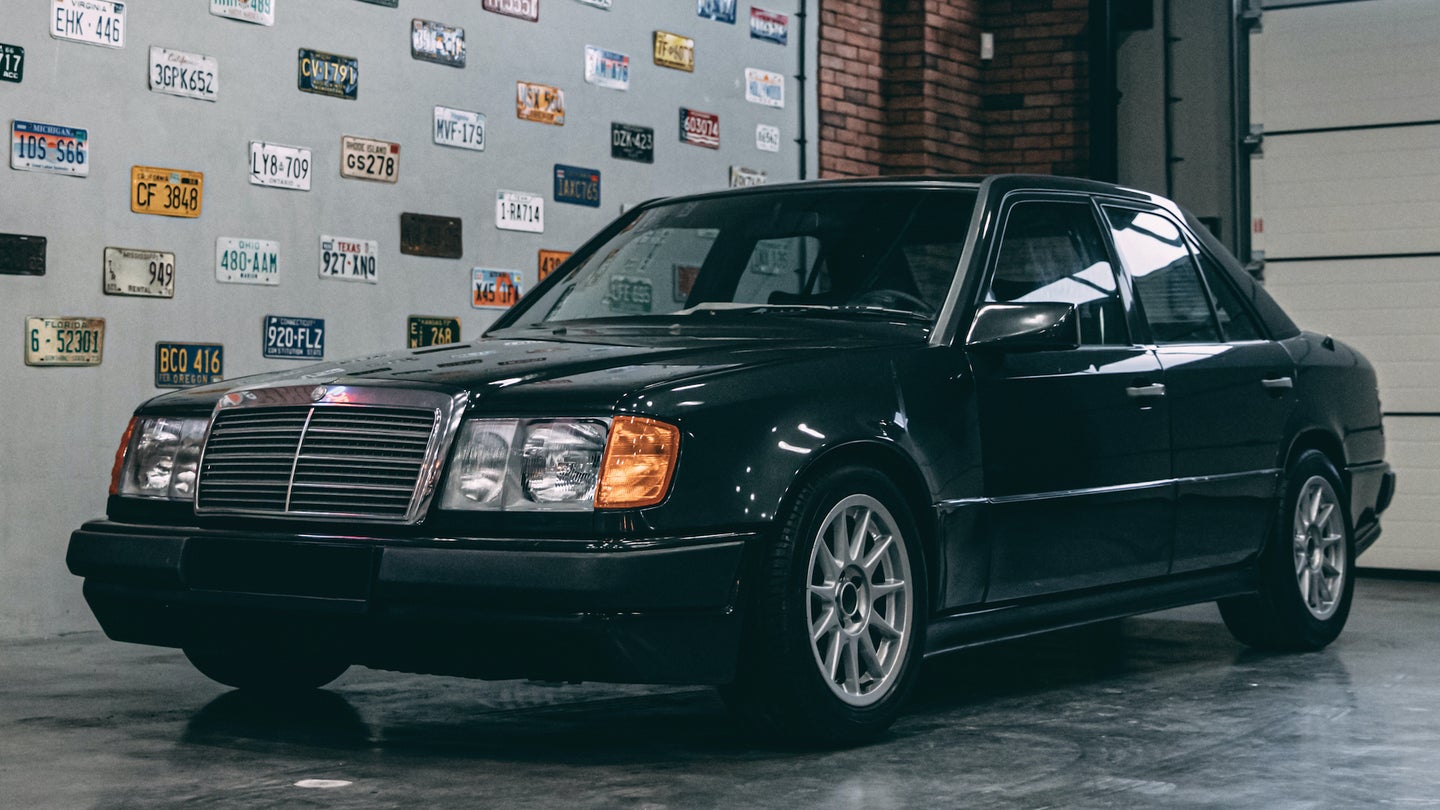 Gone but not forgotten, Hartge was one of those tuners whose creations truly stood head and shoulders above the competition. Its bread-and-butter builds of BMW 3 Series with engines from the larger 5 and 6 Series were so well-engineered that Germany granted the (recently defunct) company the title of manufacturer, meaning each of its cars got unique, non-BMW VIN plates. Hartge didn't restrict itself exclusively to BMW, however, and on at least one occasion, it grafted a BMW engine to something other than a Bimmer—like a Mercedes-Benz 300E, creating what some regard as the shop's magnum opus: the Hartge F1.

Based on a Mercedes-Benz 300E W124, the Hartge F1 (unrelated to Formula 1) did away with the 180-horsepower factory engine. In its place went a 3.5-liter BMW M88 inline-six from the E28 M5, M635 CSi and M1 supercar. With an increased compression ratio and a slightly broadened bore, this motor produced a mighty 330 horsepower, making it more powerful than its 1988 contemporary, the Ferrari 328 GTS.

A Getrag manual sourced from a BMW 6 Series sent this power to the rear wheels, where it was kept under control with the aid of aftermarket Bilstein suspension. Being a completely one-off build assembled from top-shelf components, the Hartge F1 is said to have originally sold in 1988 for 200,000 Deutschmarks, or the equivalent of $202,000 today. Whether it's still worth that kind of cash will be up to this car's potential buyers, who have already bid it to 51,000 Euros (about $57,900) on RM Sotheby's with just over two days to go.

Know before trying to beat the current high bid that the one and only Hartge F1 is currently stuck in Reutlingen, Germany with expired registration. Even if its papers were still valid, RM Sotheby's touts it as "a fantastic restoration opportunity," which may suggest it isn't in the best shape mechanically. After all, it does have 80,000 miles on the odometer. Bless whoever was cool enough to put that kind of mileage on an ultra-valuable tuner special.

Tuned Mercedes-AMG A45 Has a Staggering 518 HP From Just a 2.0L Four-Cylinder