Finding $850,000 Worth of Cocaine in a Car You Just Bought Is Definitely Surprising

Is this more or less cool than scoring an old aux cord? 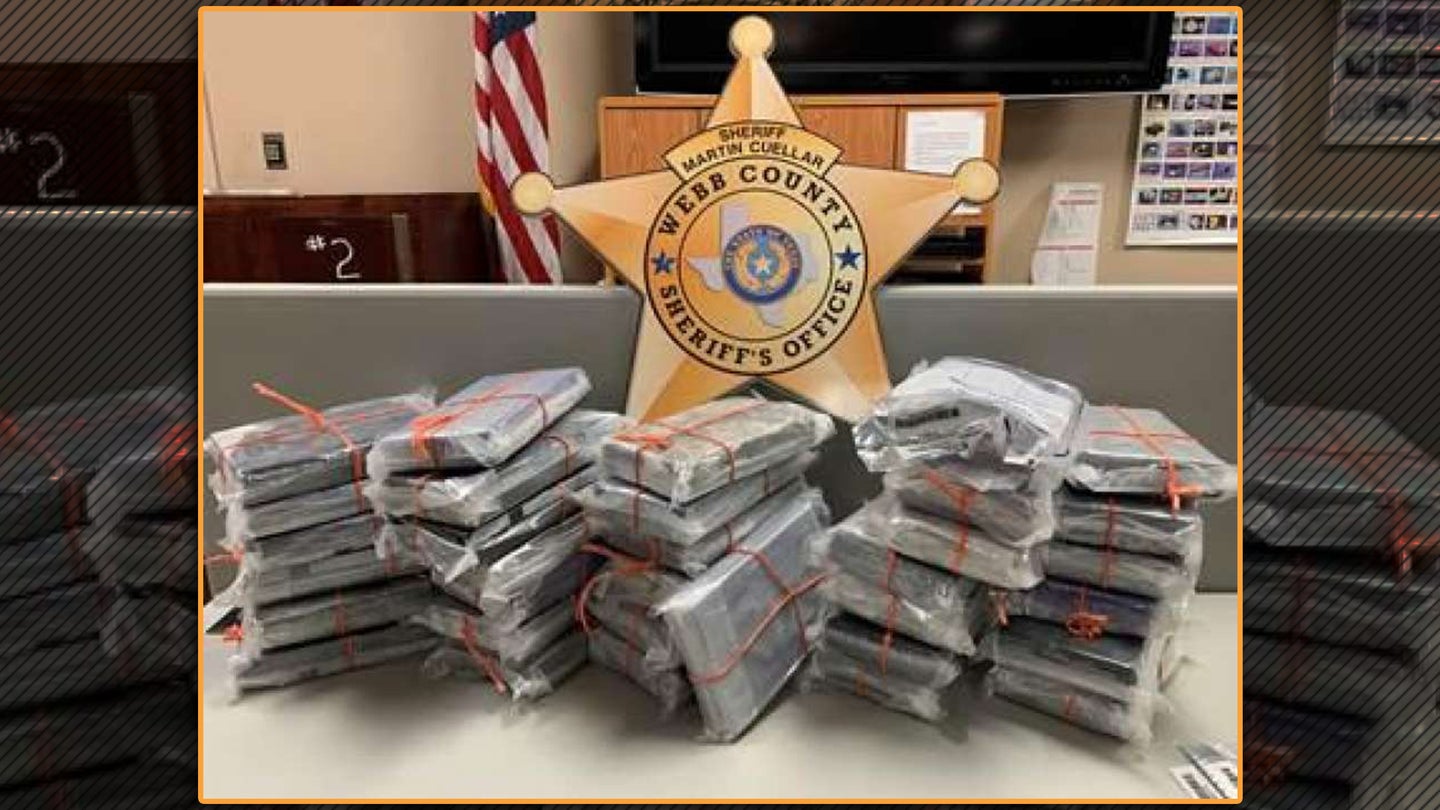 Buying used cars can lead to some interesting finds. While not everyone can be like pharma bro Martin Shkreli and score an unreleased Lil Wayne album that was laying around in their friend's Bugatti Veyron, there are still small victories to be had—an aux cord, for example. One thing I wouldn't consider a plus would be stumbling upon 34 bundles of cocaine in a car you just bought at auction. For one Average Joe in Texas' Rio Grande Valley, though, that's exactly what happened.

The Webb County Sheriff's Office explained in a statement that the owner reached out to the department shortly after purchasing the car. They claimed to have found what they believed were narcotics, prompting deputies to pay a visit and inspect the vehicle. Initially, 17 individual packages of cocaine were found in a hidden compartment with another 17 being sniffed out by a K9 officer, as the Laredo Morning Times reports.

Measured weight for the cocaine totaled 74.96 pounds, an amount that commands approximately $850,000 on the street.

“I thank and congratulate the person who alerted us to the drugs. Had he not been an honest individual, the drugs could have ended up in the wrong hands,” said Sheriff Martin Cuellar in a statement. “I encourage the public to report any crime or suspicious activity by calling our hotline at 956-415-BUST (2878). You may be eligible for a cash reward.”

This is far from the first time drugs have been found in a cheap car at auction, though the sheer amount is impressive. Such is the case near the United States and Mexico border, where smugglers try to carry narcotics from one country to the other as creatively as possible. Don't forget the one Texas man who was busted with $4 million worth of heroin and meth in his Ford F-150's tires.

Oh, and it's nowhere near as crazy as Ford dealerships accidentally trafficking $4.5 million in meth and heroin into Canada.

The victim’s recent workplace injury settlement allegedly caught the eye of the salesman.