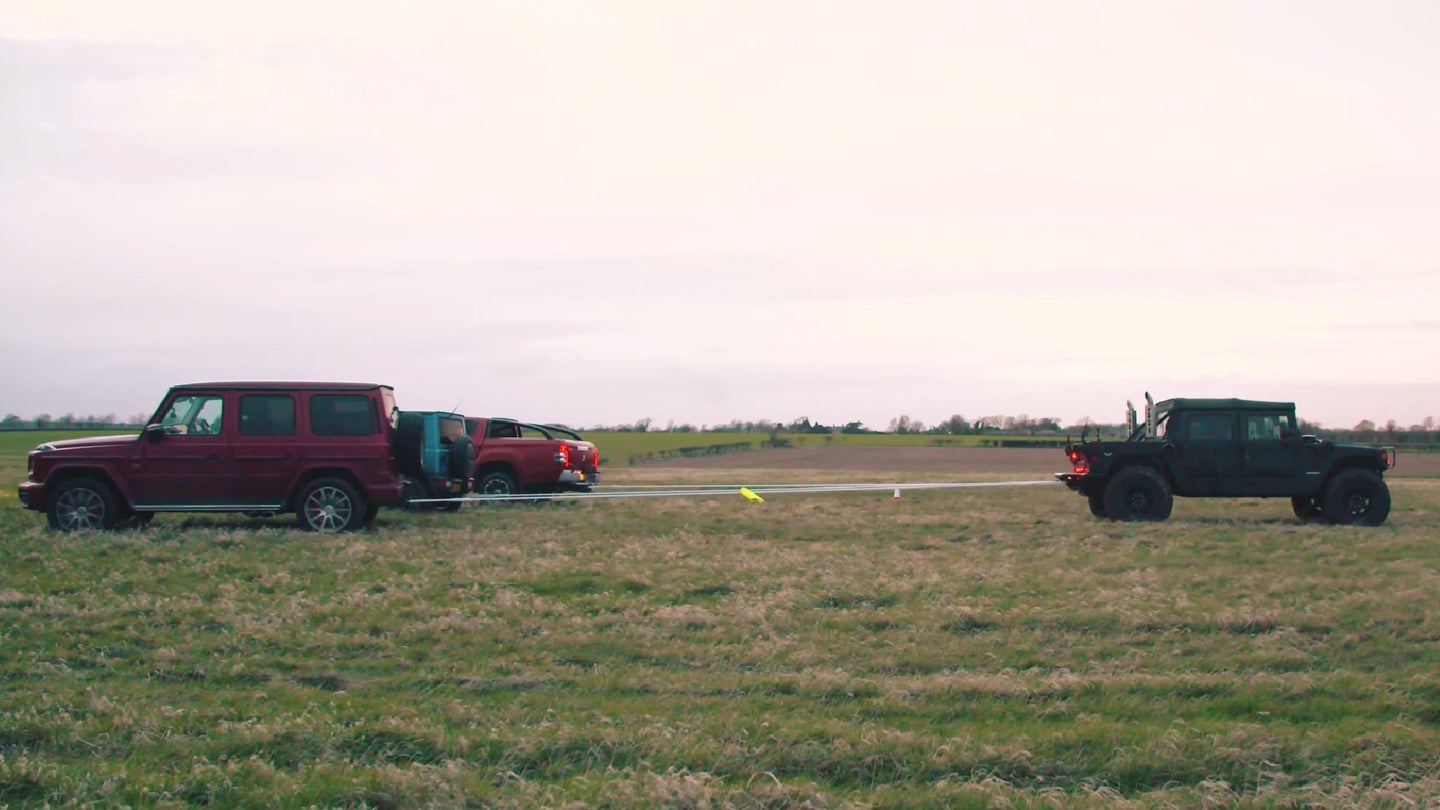 Love it or hate it, the Hummer H1 is an American icon. How could it not be, with its near-8,000-pound curb weight and unmatched utility? Pair that with a torquey 6.5-liter Detroit diesel V8 and you have what is, effectively, an unstoppable force. Or, as a fleet of new test trucks found out, an immovable object.

An old-school H1 was employed for use in this Carwow clip, creating an almighty tug-of-war challenge. First, the Hummer was chained to a $150,000-plus Mercedes-AMG G63, which outmatches it in both horsepower and torque. Given that and its low-range four-wheel-drive system, you think they'd be closely matched.

That, however, was not the case.

Not only did the American brute drag the G-Wagen through the mud, but it also withstood a battery of other trucks meant to pummel it into the muck.

A Suzuki Jimny? Hardly a challenge on its own, so the crew strapped it to the Hummer alongside the Mercedes to level the playing field. The result, as you might be guessing, was the same.

With the G63's 627 pound-feet of torque as well as the Jimny's (admittedly paltry) 96 foot-pounds, the duo touted a 293-foot-pound advantage over the lowly Hummer. Still, it stood its ground and spun all four wheels to overcome its opponents' eight.

Finally, a European-market Mitsubishi L200 pickup was brought into the equation, packing a twist-heavy diesel engine of its own. It brings 295 pound-feet of torque—which, as you can tell by now, is an important metric here—to the party. Not only that, but the three challengers now outweigh the Hummer by around 4,000 pounds.

While the result of the last test wasn't as drastic, the trio of 4x4s still couldn't pull the H1 across the line.

Now, if only the 1,000-hp Hummer EV can do the same when it finally releases.

We’ll be waiting a while to see the all-powerful electric truck.