Dakar 2019 Will Be Held Exclusively in Peru

This year’s event was held in Peru, Bolivia, and Argentina, but the 2019 Dakar will be contested solely in Peru. 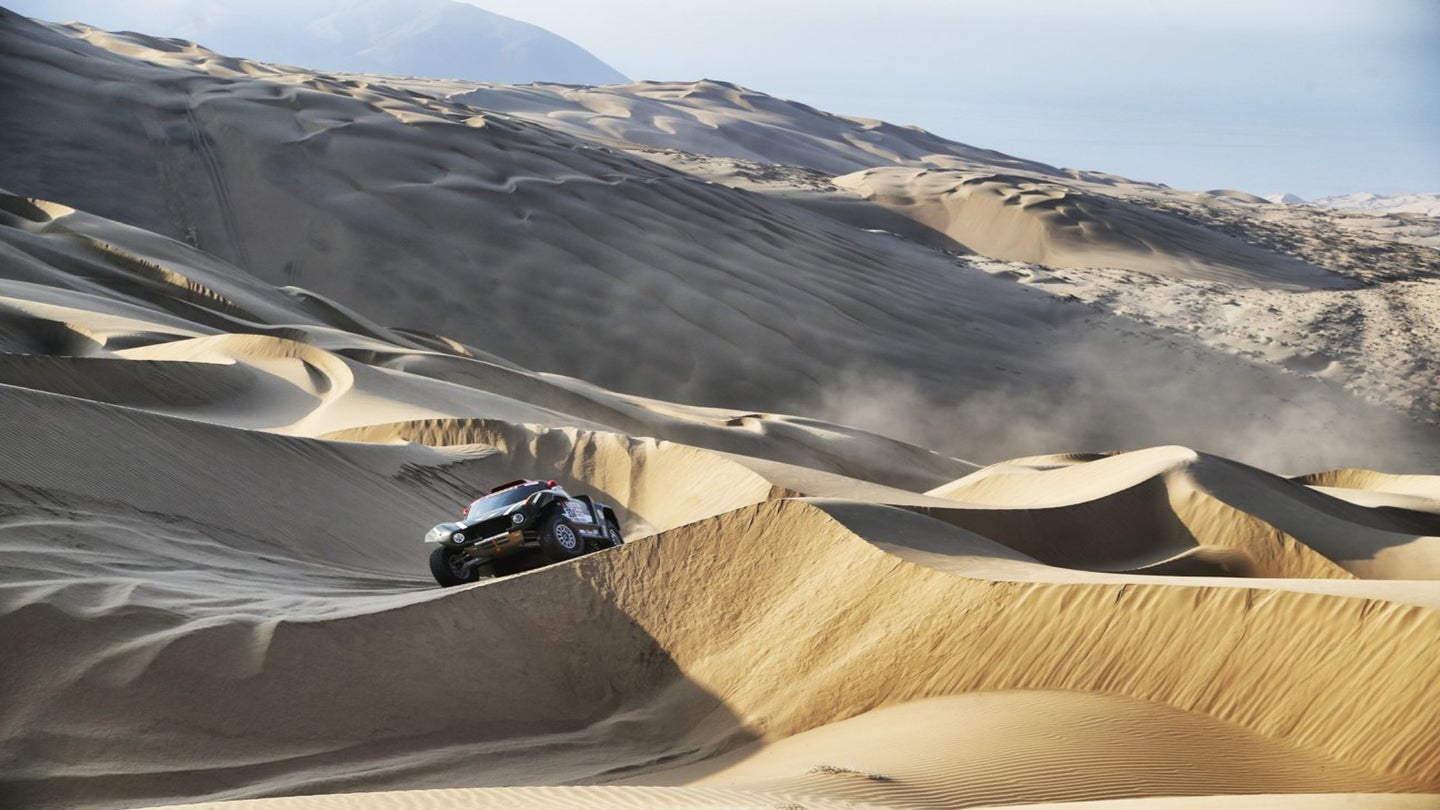 The 2018 Dakar Rally was a brutal race. Over 330 vehicles started the rally, but only 185 vehicles completed it: 85 bikes, 32 quads, and 49 cars. Only 55 percent of the competitors who left Lima in this year's race reached the finish line.

The rally took its toll on teams. There was the American team of Bryce Menzies and Peter Mortensen which was taken out of the race in dramatic fashion by somersaulting their John Cooper Works Mini Buggy, and additionally, the team of Antanas Juknevičius and Darius Vaiciulis finished a stage with only the front tires left on their Toyota Hilux Overdrive OTB. In the end, driver Carlos Sainz and co-driver Lucas Cruz won the 2018 Dakar.

The 40th iteration of the Dakar took place through three South American countries: Peru, Bolivia, and Argentina. Recently, race officials officially announced that the 2019 running of the event will take place exclusively in Peru.

Dakar has announced that the 2019 rally will include ten-stages. The rally route is a giant loop and will start and finish in the capital city of Lima, Peru. Dakar mapped the course around Peru's deserts and they believe it to be one of the sandiest in the competition's history. The country's sand dunes were a big problem for many teams in the 2018 edition with names like Sebastien Loeb, Nani Roma, and Nasser Al Attiyah all falling victim to the dunes and were either forced out of the race or lost significant time.