Maine Man Steals a Town's Speed Bump, and Police Are on the Hunt 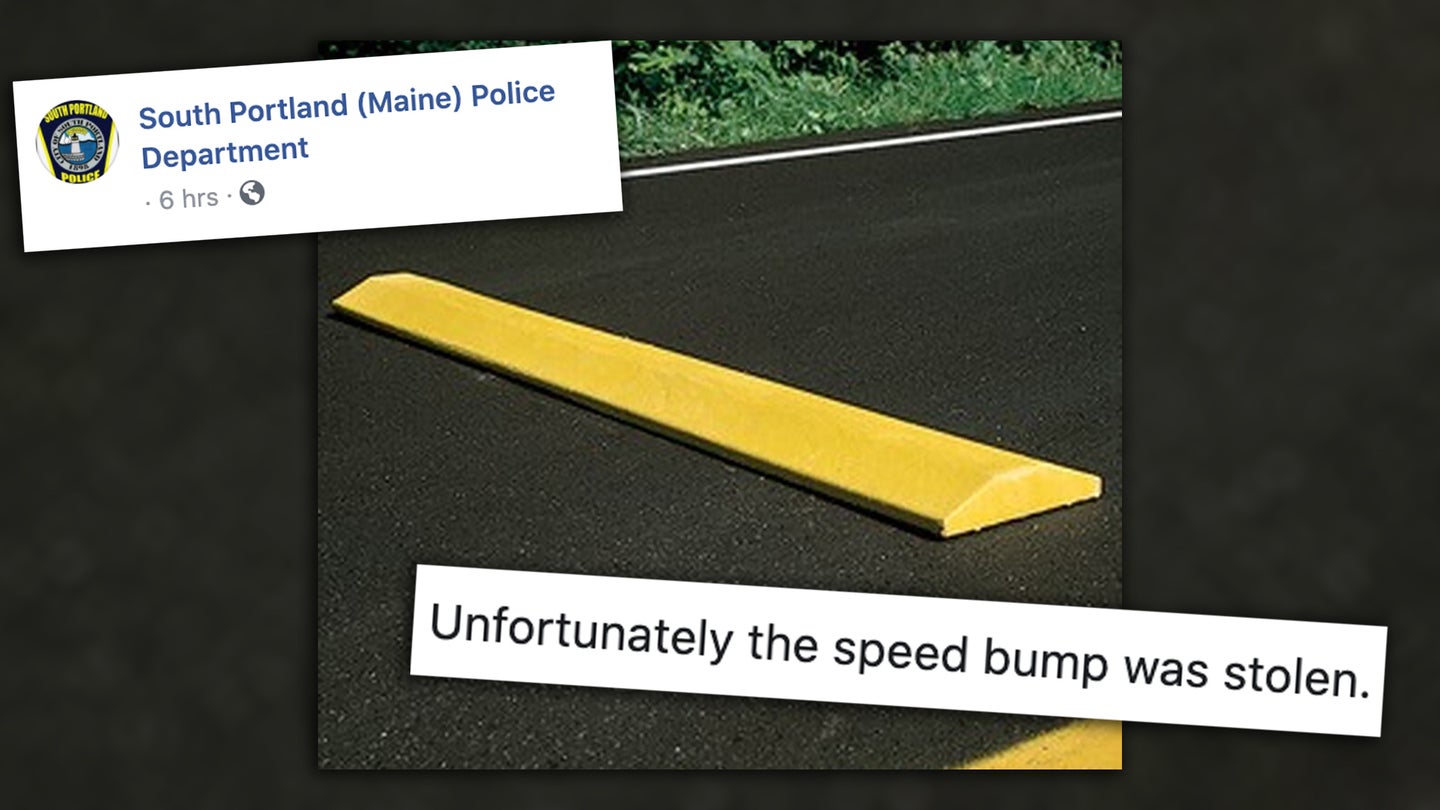 Growing up, it was pretty common to know of a friend who stole a road sign or orange cone to serve as bedroom trophy. However, no one stole actual pieces of a road, like a freaking speed bump. Perhaps this is why the police in South Portland, Maine is confused about a recently-installed speed bump that's gone missing—and are highly interested in speaking with the person responsible.

The speed bump was installed on a residential street that branches off of a busy road in the town, which sits just south of the busy city. It's frequently used by commuters as a workaround when traffic backs up, who in a rush to get home frequently drive much faster than they should on the narrow, crowded street. Sadly, the solution to a pesky problem didn't last long.

Facebook commenters got a good laugh out of the heist, but as you might imagine, the police and people that live on the street are less than pleased. The story itself sounds funny, but the penalties for getting caught aren’t—tampering with city property will get you a fine of up to $1,000 and a jail sentence of up to 180 days. And not to mention those poor people still have to deal with speeders.

Maine, (a.k.a Vacationland) doesn't have speed cameras and police can't be everywhere, so speed bumps are the most logical solution for some towns. Someone obviously felt that the injustice was an overreach by local law enforcement and took matters into their own hands.

As a Maine resident myself, I can attest to this. When I first moved here I went through a similar but more dramatic scenario over speed-managing devices. After struggling with vacationers and locals speeding through my coastal town, a speed bump was installed but the locals' feathers were immediately ruffled by the action. Not willing to suffer an inconvenience quietly, people complained but got nowhere—at least until a local plowman decided to remove part of the structure with his truck. That person wasn't reported or caught, but only because most of the people nearby felt he'd done them a solid.