As it turns out, "free money" is a powerful tool. 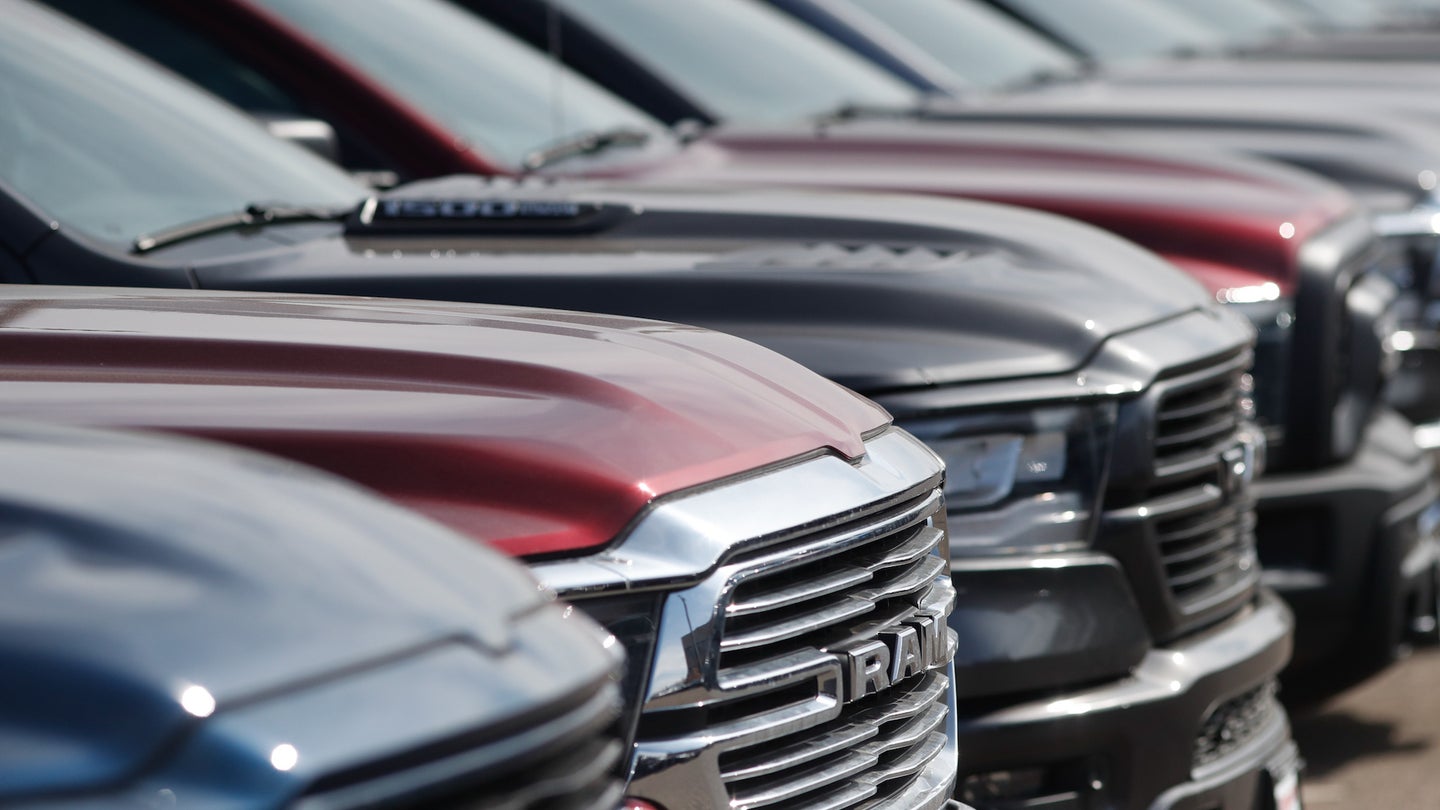 Automakers called and you answered. It was more than clear that people focused on other things than buying cars during a pandemic, so historically good deals on new vehicles started showing up across the industry, promising zero-percent financing for extended loan terms. That, in addition to deal sweeteners like deferred payments for up to four months in some cases. Consumers followed through as expected, and now, some of those incentives are drying up as more people take advantage, especially those involving popular SUVs and pickup trucks, according to Automotive News.

Analysts predicted that new vehicle sales would fall by up to 80 percent in April, which pushed several automakers into action. Companies like Fiat Chrysler Automobiles rolled out aggressive incentives on even their most popular models like the Ram pickup. The truck, which didn’t need much help selling before the crisis, was initially offered with an incredible deal of zero percent interest for 84 months.

Now that we have the full picture of the April sales scene, things aren't as gloomy as we once thought they'd be. Don't get it wrong, they're still dire, but the deals appear to have staved off the worst of the pandemic's economic effects on auto sales. The numbers coming out of April are astonishing from a lending perspective. Zero-percent loans accounted for the vast majority of new-vehicle sales from brands like Land Rover and Volkswagen, which saw 86 percent and 74 percent of their loans originate with a goose egg in the interest column, respectively. SUVs accounted for 48 percent of loans, followed by pickup trucks at 30 percent. Trucks, as a segment, outsold passenger cars for the first time in history.

The incentives did their job, maybe a bit too well, which has caused some automakers to take a step back from the most aggressive deals. FCA pulled back some of its incentives to just 72 months on some of its most attractive vehicles and Hyundai took similar action, while also cutting their deferred payment deals from 120 days to 90.

With the threat of a total sales collapse at bay, at least for the moment, automakers now have to face a different foe. Factories have been shuttered for weeks as fear for workers' safety has taken a front seat over productivity and profits. The lack of new cars rolling out to replenish inventories may lead to a tight supply in the weeks and months to come.

Analysts believe that inventory concerns account for some of the pullbacks, especially for pickup trucks. They expect to see the best deals being reserved for the most qualified buyers or to be doled out judiciously by region or based on inventory levels. As factories start coming back online in the next few weeks, the balance between sales and inventory should slowly begin to regulate.

If you're looking for an epic deal and have the means to buy (and don't foresee getting laid-off, furloughed, or in over your head financially anytime toon), this could be a good moment to pull the trigger before things "go back to normal"—whatever that will mean.