Show Us a More Dangerous Vehicle Than This Motorized Railroad Chair

Simplicity is fun and, sometimes, sketchy as hell. 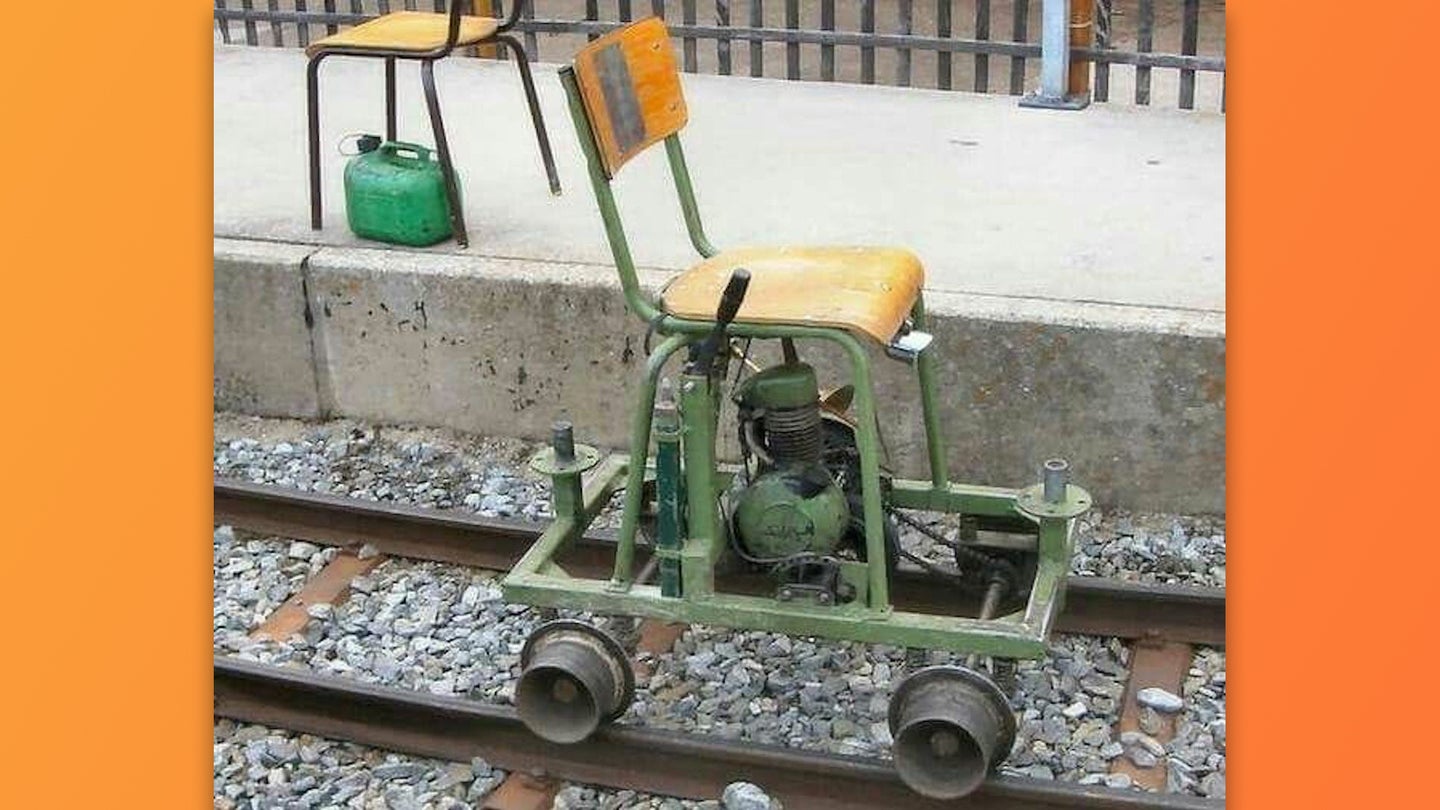 Coming up with a form of transportation both humbler and more hazardous than a truck chassis power by a Harbor Freight generator motor requires either a copy of Garry's Mod, or a pile of scrap and the wherewithal to turn it into something that rolls. You'd think the latter would be behind the motorized contraption you see here, but surprisingly, you'd be wrong, because not only does this thing ostensibly have a purpose, it has a name: draisine.

A draisine, or a speeder in American parlance, is a light railed vehicle typically used to transport rail maintenance crews. This one, according to the Interurban Era Twitter account where we found it, is said to have been built by a Swiss railroad for track inspection. They were able to make it so small because it was designed for a narrow-gauge line, where the rails are closer together, which is more common in mountainous areas.

Even for a narrow-gauge line, though, the rail spacing looks close, so this thing may yet have been built for amusement. With an engine that appears to be from a French Velosolex moped, no seat belts, and no apparent brakes, this little draisine looks like tremendous fun—and a way to get yourself seriously injured if you're not careful. It's possibly the sketchiest wheeled vehicle we've seen in a while, but is it, dear reader, the most treacherous form of transport you know of? Sound off in the comments, because we want to know... Mostly so we can put helmets on and ride whatever horrible contraptions you can dig up.