His parachute deployed too soon after launch, leaving him out of control. 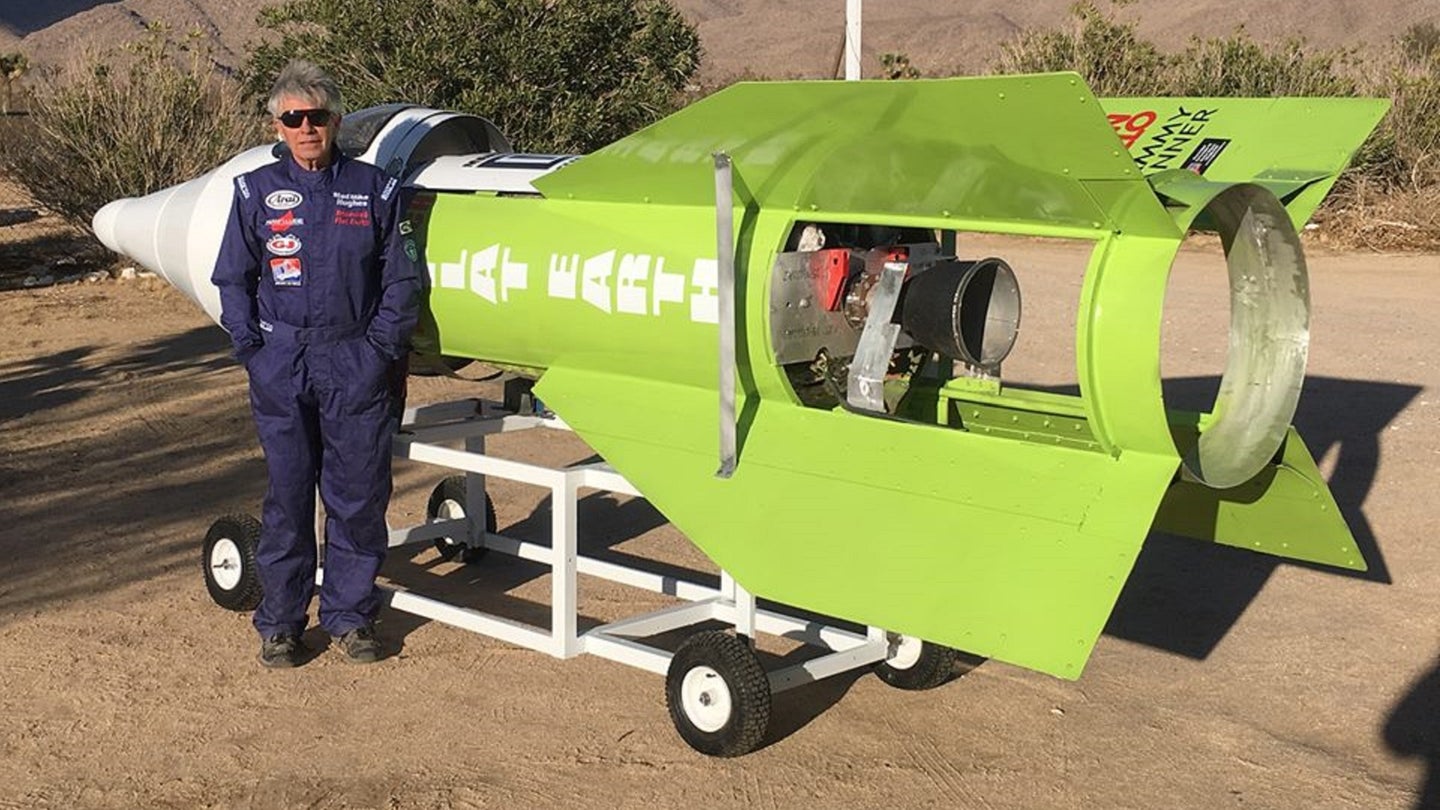 Famous flat-earther and DIY astronaut “Mad” Mike Hughes passed away Saturday after his homemade rocket malfunctioned on launch. The steam-powered flight ended tragically as Hughes’ parachute deployed too early, which left him unable to slow his descent.

Hughes and his assistants built the rocket in his back yard for around $18,000, according to the BBC. Unlike the dramatic, flame-filled rocket launches we see on television, the Hughes rocket was powered by steam that popped off through a nozzle. In footage from the crash, the craft can be seen steaming off the launch pad, but the run was doomed from the start. The emergency parachute deployed shortly after takeoff, which left the rocket and its pilot without a way to control their landing.

The cause of the accident is still under investigation and the sheriff’s department hasn’t yet identified the victim, although Hughes’ partner, Waldo Stakes, confirmed to the Associated Press that it was Hughes on board. The stunt was planned as part of a new Science Channel series that Hughes had been working on. The network says that Homemade Astronauts follows “self-financed, self-made teams on their quest to reach the sky.”

Hughes’ goal was to reach 5,000 feet, and the show was tracking his work toward reaching the Karman line, a point 62 miles up that is considered the edge of space. His previous flights have taken him quite far, but nowhere near that line. He reached 1,875 feet in 2018, marking his most successful run.

Hughes was 64 and became well known after declaring his goal of proving that the earth is flat. Last year, he was able to reach 1,870 feet in a homemade rocket before parachuting back to solid ground. Hughes was beaten up a bit on landing, but afterward, he said, “Am I glad I did it? Yeah, I guess. I’ll feel it in the morning.”