The visor itself is actually a transparent LCD panel with baked-in eye-tracking tech. 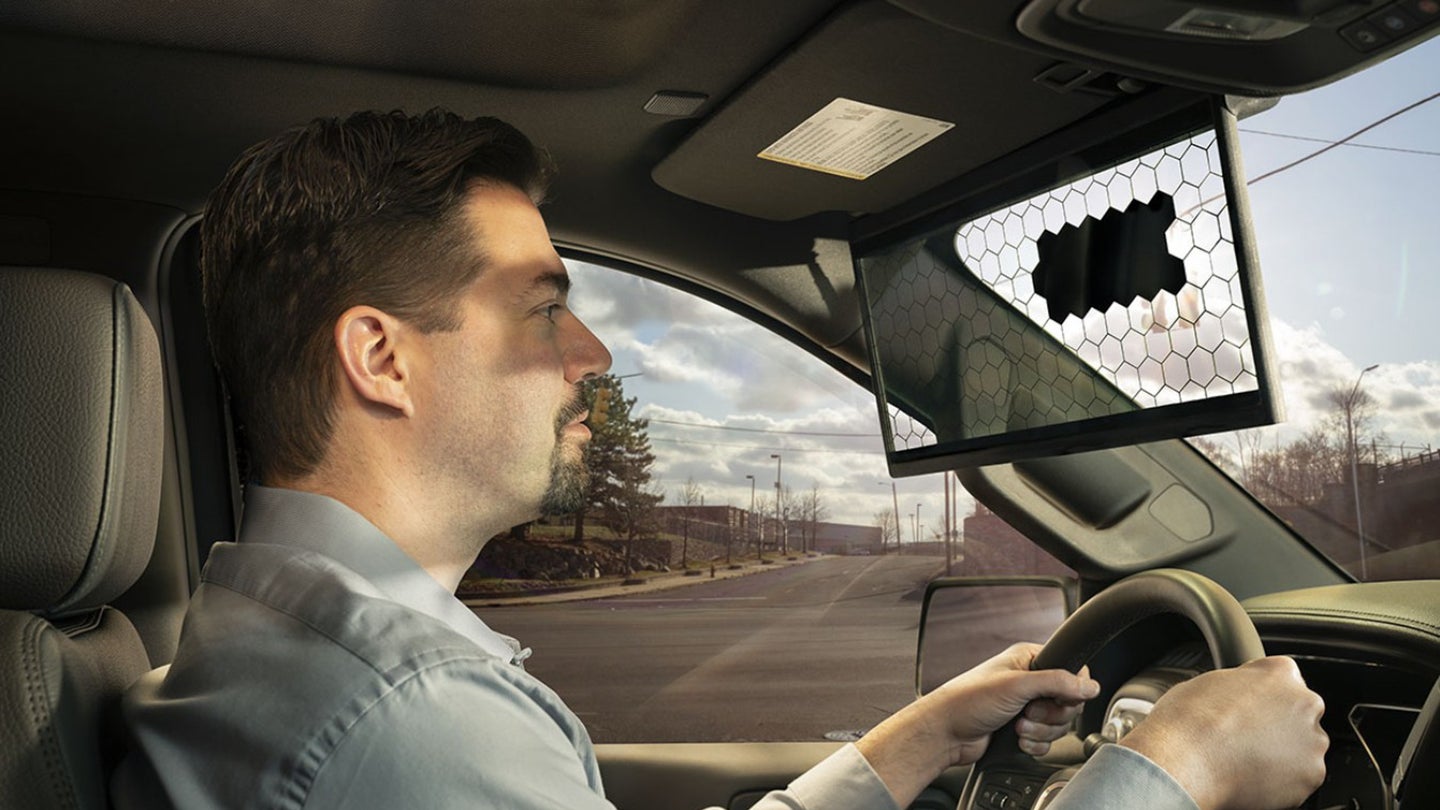 Sun visors haven’t changed all that much since they were first installed in cars nearly a century ago—sometimes, however, the wheel is in need of reinventing. Whether or not that's actually the case here, Bosch has taken on the challenge of improving the tried-and-true design by removing the visor altogether and replacing it with an artificially intelligent, transparent screen.

The company says its Virtual Visor will feature a single, see-through LCD panel with a driver-focused camera that uses artificial intelligence for facial detection. The visor’s cameras and face-watching software determine where the driver is looking at any given time, which allows the LCD panel to darken only the portion of the visor that the driver is looking at. The rest of the panel remains transparent, opening up a larger field of vision for the driver while selectively blocking the sun.

There’s no word on whether or not the Virtual Visor will swivel to block glare coming in from the side of the vehicle, which can sometimes be an even bigger danger. Also, as anyone who has used a rearview camera-mirror can tell you, learning to train your eyes on a focal point that is closer to your face than the vehicle’s windshield can be tricky at first.

Bosch says that the sun causes more motor vehicle accidents than all other weather conditions, so any tech that can reduce that danger is a good thing. Other people seem to agree, as Bosch was chosen to take home the Best of Innovation award at this year’s Consumer Electronics Show in Las Vegas. The company will officially debut the visor at the show, but we don’t yet know when or if we’ll ever start seeing the device in new cars from the factory.