And no, this didn’t happen in Florida. 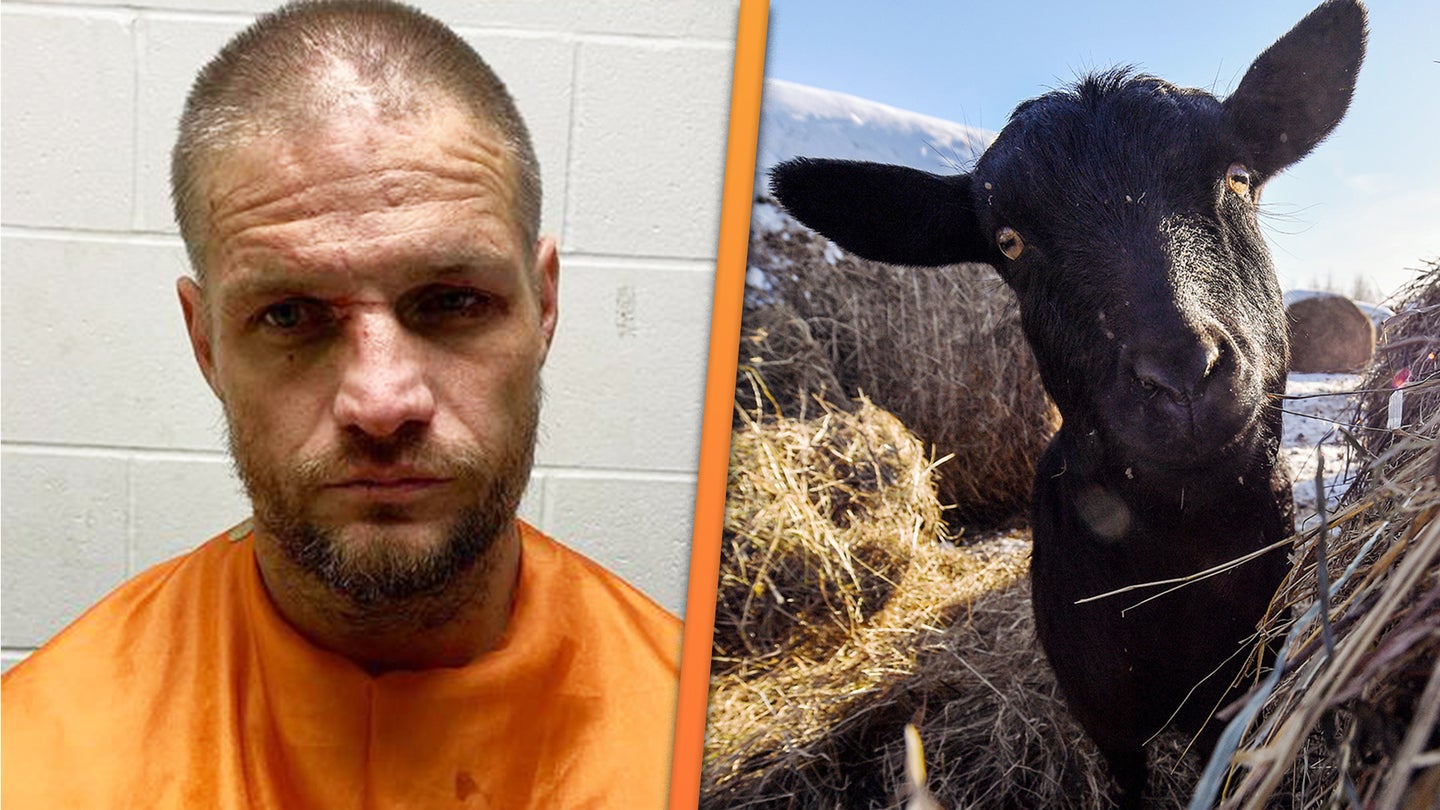 Sometimes, there's a headline so bizarre that you can't help but wonder how or if it actually happened. So, when you read about a man that stole a truck with a person and a goat inside—there was also some meth and a low-speed chase involved for good measure—it's hard not to be intrigued.

Police say that Brandon Kirby, 40, stole a truck from an adult video store in Carthage, MO. That alone wouldn't have made an interesting news story, but to our delight, there’s much more to it than that. Inside the truck, Kirby found a man asleep in the passenger’s seat and the man’s pet goat which was, at the time of the incident, in the pickup’s bed.

Unshaken, Kirby drove off in the truck—man, goat, and all. At some point, the slumbering goat owner awoke to find that his driver was not the same person that left him asleep in the parking lot. Kirby held the man at gunpoint and pistol-whipped him before taking some meth and driving toward Oklahoma.

Sufficiently buzzed and tired of his company, Kirby dropped both the man and his goat on the side of the road. This ultimately proved to be his undoing, as the man called 911 shortly after being left behind. Police then contacted OnStar, GM's general and emergency purpose connected vehicle system, and used it to remotely slow the truck down to just 15 mph. Even still, Kirby led the police on a low-speed chase before running over a spike strip and being forced off the road. He was found hiding in tall grass a short time later.

Unsurprisingly, this isn’t Kirby’s first brush with the law. He was recently released from prison and was wanted on burglary charges at the time of his arrest. There’s no word on what happened to the sleeping man or his goat, but we’re guessing they’ll think twice before getting too comfy in a public parking lot in the future.

This is the kind of positive energy we need heading into 2020.

British Police Ticket Passing Lane Hog with No Traffic Behind Them

The lost art of lane discipline still lives on the M20.