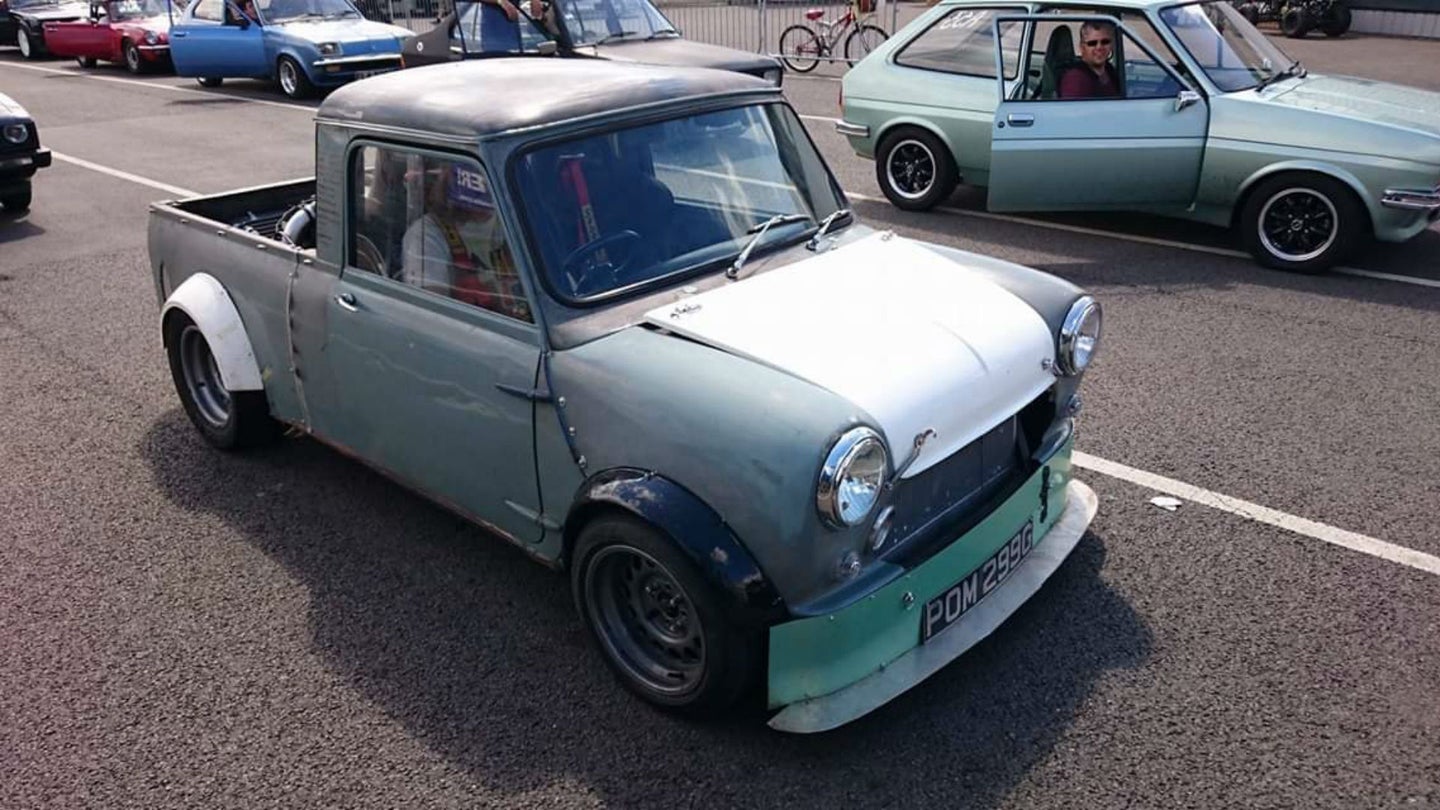 Some engine swaps leave you scratching your head, and others make you wish you'd thought of it first. This 1969 Mini pickup with a twin-turbo Audi V8 strapped into the bed definitely falls into the latter category, with its insane power to weight ratio and deceivingly cute looks.

Aaron Morris says his Mini was previously powered by a Vauxhall V6 before it was hit in a rear-end accident, destroying the pickup and leaving him to walk with crutches. Morris is still recovering but the Mini has at least been rebuilt, and what a rebuild it is. Having done all of the work on the truck himself, he took the opportunity to drop in a more powerful 4.2-liter Audi V8 engine. Additionally, he plumbed in two Garrett GT17 turbochargers, making it all the more manic.

The whole rig looks to be built on a custom tube frame with the powertrain mounted just before the rear axle.

There’s a great chance you’ve never even heard of a Mini truck, but the little pickup was made between 1961 and 1983. The entire thing weighed just 1,500 pounds with a full tank of fuel, so the power to weight ratio with anything stronger than a lawnmower engine is going to be respectable. That brings us to the brutal German V8 that Morris dropped in the bed of the teensy British car.

Thanks to the newly introduced forced induction, it likely makes far more power than the stock 340-hp figure. In fact, we wouldn't be surprised if it was approaching the 450 hp mark—a big jump from the 1.0- and 1.3-liter engines that original Minis were powered by back in the day.

Delightfully, this is one of several insanely overpowered Mini pickups. British shop GTD built one on top of a Ford GT40 frame, complete with a mid-mounted, 302-cubic-inch V8 that produces 280 hp and sends it through a five-speed gearbox. We'd love to see a drag race between the two, just for the heck of it.