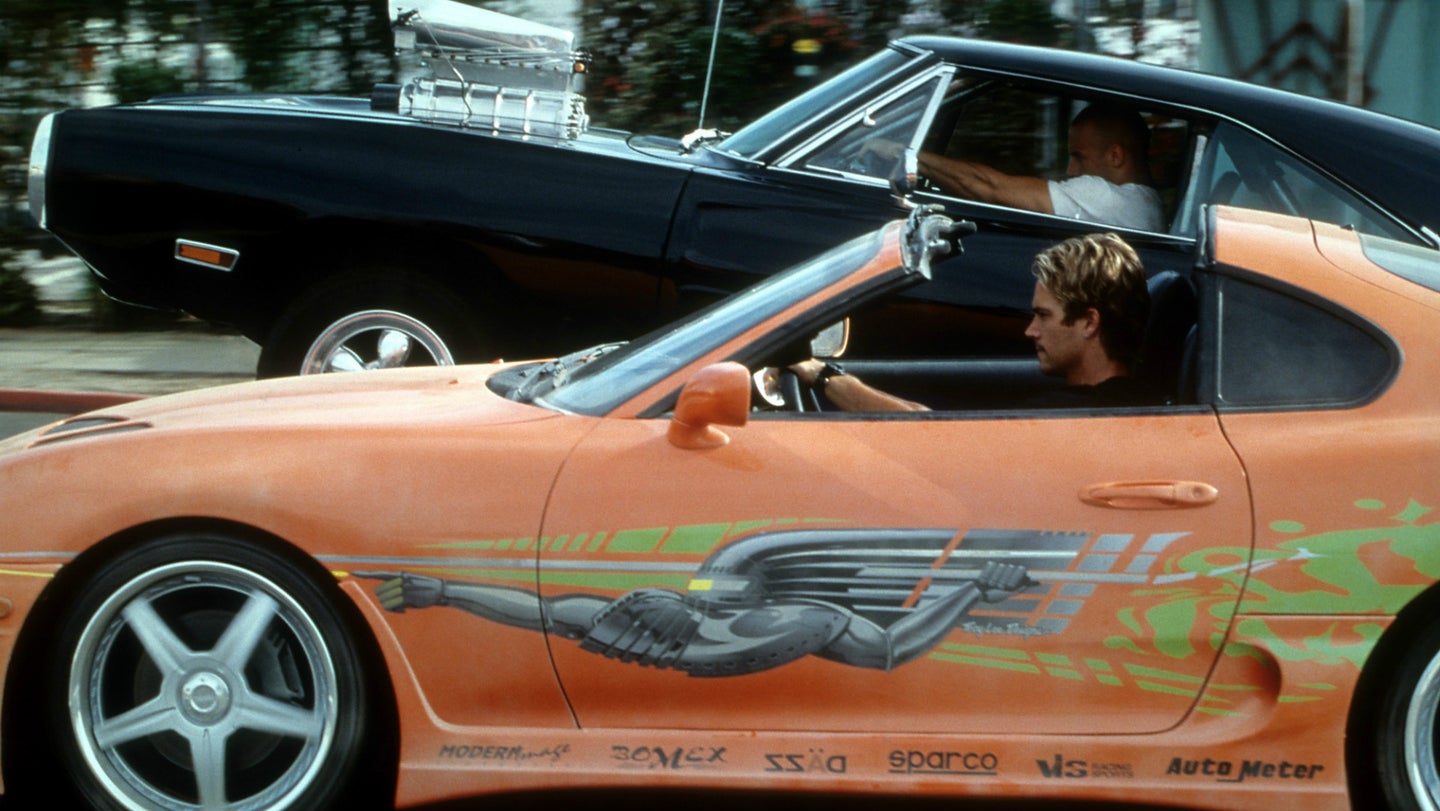 Netflix earned some street cred with gearheads by adding the first three titles in the beloved Fast & Furious series to its streaming lineup a year ago, but all good things must come to an end. The movies have found themselves on the company’s cut list, and they're set to be removed on Sept. 1.

At least they’re replacing it with a show about people bashing their cars through unrealistic and over-the-top obstacle courses.

The churn in Netflix’s lineup isn’t surprising. The streaming giant makes changes to its catalog regularly, removing longer-running titles in favor of fresh blood. The first three movies in the F&F series are due to be removed: The Fast and The Furious, 2 Fast 2 Furious, and The Fast and The Furious: Tokyo Drift. The great Netflix purge will also include titles like The Dark Knight, A Clockwork Orange, and The Hangover. At least we have until Sept. 14 to watch Disney’s Pocahontas.

The move comes at a bad time for fans who prefer to live their lives a quarter-mile at a time, as the next movie in the franchise, Fast & Furious 9, isn’t due out until May of next year. In the meantime, we’ve got the spinoff movie Hobbs and Shaw to keep us busy, but the real deal is quite some time away. Perhaps less anticipated but still on the way is an animated series called Fast & Furious: Spy Racer that will join the Netflix streaming catalog sometime late next year.

If you’ve got some free time in the next few days, lock the door and break out the Spoon Sports shirt, because the movies are streaming until next Sunday.

Oh, and don't let this distract you from the fact that Hector is gonna be running 3 Honda Civics with Spoon engines. On top of that, he just came into Harry's and ordered 3 T66 turbos with NOS and a Motec Exhaust System.