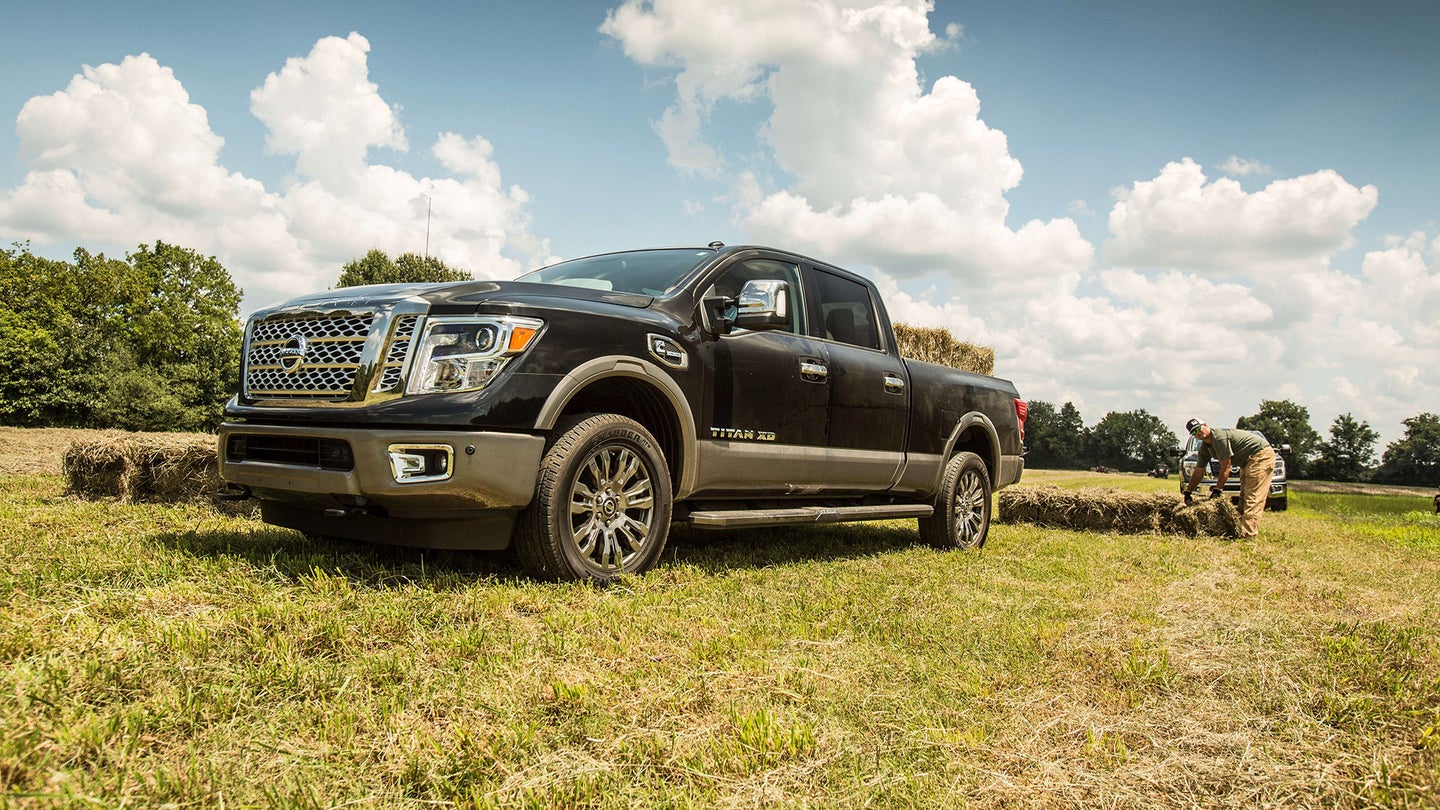 If your heart is set on a Nissan Titan XD with the 5.0-liter Cummins V8 diesel engine, you better hurry up and get to your local Nissan dealership soon, because Nissan announced today that it's officially axing it from the lineup at the end of the year.

The Drive learned on Tuesday morning that production of the Titan XD Diesel will officially be terminated on December 2019. There's no word on current production output or how many more units are scheduled to arrive at Nissan dealerships nationwide, but what we do know is that a gasoline-powered replacement will arrive by the end of 2019.

"This will help better position Nissan in the long term as we prepare for the launch of the new, dramatically refreshed 2020 Titan and Titan XD Gas later this year," a Nissan spokesperson told The Drive.

The Cummins-powered Titan XD, which boasts a maximum towing capacity of 12,830, debuted in 2016 and was the first version of the new Titan to roll out of the Canton, Mississippi assembly plant. The engine itself was built specifically for Nissan by Cummins at its global headquarters in Columbus, Indiana. The Cummins V8 produces 310 horsepower and 555 pound-feet of torque. While this is plenty of power for most towing needs, full three-quarter-ton trucks like the Ram HD now produce as much as 1,000 pound-feet of torque.

Nissan originally positioned the XD to fit between a regular half-ton pickup truck and three-quarter-ton offerings. This tweener model was designed to capture the tens of thousands of buyers every year who make the switch from half-ton to three-quarter-ton or vice versa. Nissan also tacked on a 5 year or 100,000-mile bumper-to-bumper warranty to give buyers some added confidence.

Last month Nissan sold just 2,242 Titans total, or about as many F-150s as Ford sells in one day. That figure includes all of the half-ton trucks as well as the gasoline and diesel versions of the XD.

Nissan is still committed to building the current and upcoming Titan in Mississippi, however. And while a "dramatically refreshed" truck can mean many things, Nissan claims to be aware of what customers are looking for in a pickup truck and promises many changes to make it more appealing amongst the competition.

When asked, Nissan didn't provide The Drive with specifics on the upcoming truck. We believe, however, that should it choose to unveil it at a major event, then there's really only one option left in 2019, and that's the State Fair of Texas. After all, that's where it announced the slightly-updated 2019 Titan last year.

Nissan expected ugly first-quarter 2019 results, but nothing quite this bad.