Hot-Version does what you want every car show to do: throw pro drivers in tuner specials and supercars on track, then let them fight it out. 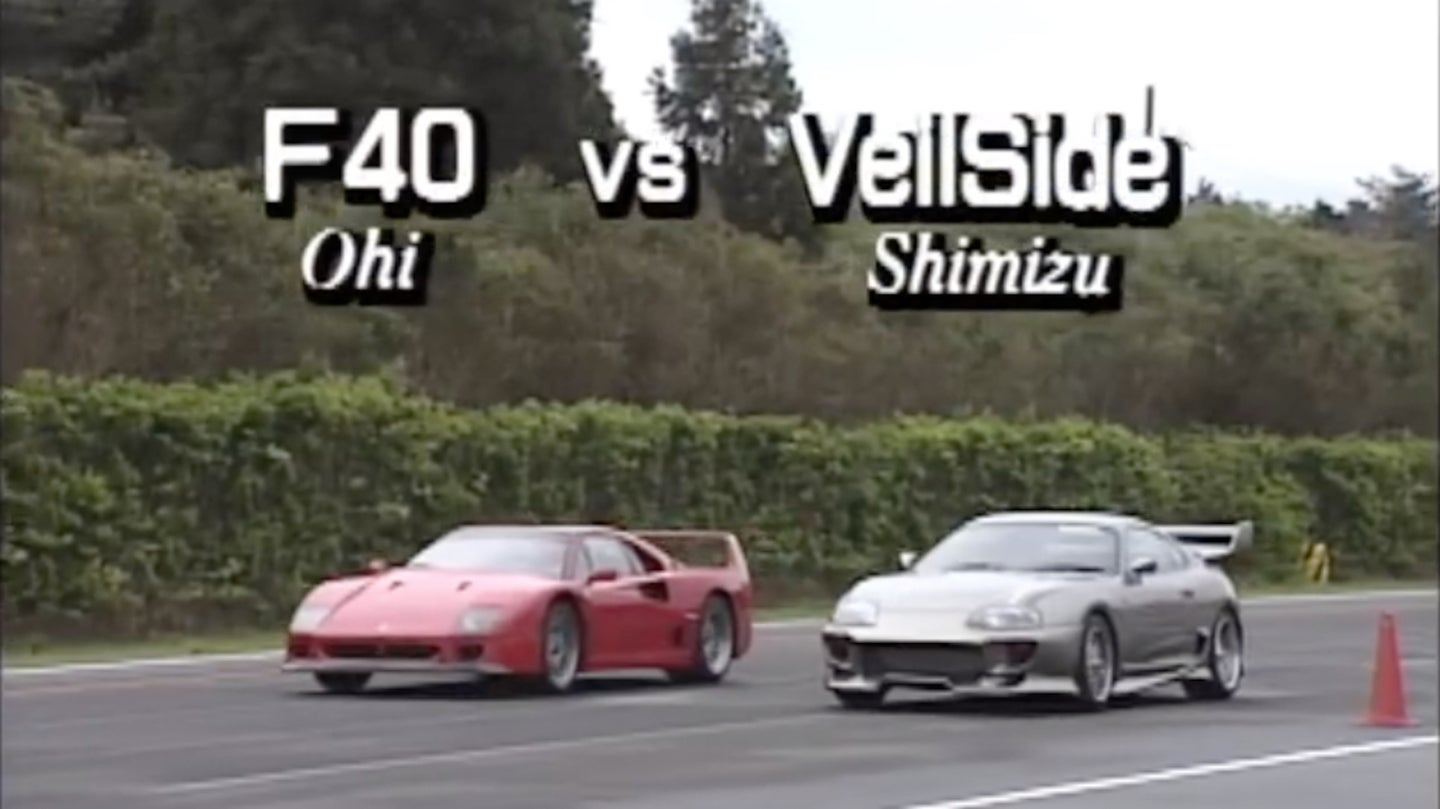 Hot-Version is a video series spun off from defunct Japanese car publication Best Motoring, whose heyday ran between 1987 and 2011. Released every two months, Hot-Version featured competitions between modified cars on either racetracks or mountain passes—known as "touge" to Japanophiles—with all cars being driven by professional racing drivers, including the real-life drift king himself: Keiichi Tsuchiya. Yes, this meant they occasionally blew up or crashed cars, which is something you almost never see in mainstream western car media.

The slightly campy but entertaining series wasn't just popular in Japan; it picked up an American and European cult following when English-subtitled versions of the show found their way online in the 2000s. Popularity was limited by the fact that only a small handful of the series's back catalog was available with subtitles, but that shouldn't be a problem anymore because fully subtitled versions of the show are coming to Prime Video, as announced Friday.

Only two recent episodes of the show have made their way to Prime Video thus far. One features a close mountain pass race between a Nissan GT-R Nismo and a Mercedes-AMG GT R, and the other, a Tsukuba Circuit showdown between an Acura NSX, a Nissan GT-R, and a Porsche 911 Turbo S.

According to the announcement video, additional episodes "will be added floodly," presumably meaning there's a lot more content coming soon, much of which is previewed in the announcement trailer. Races featuring a Mazda RX-7 and Nissan Silvia, a Honda S660 and Renault Twingo, and a Nissan GT-R versus a BMW M4 (GTS?) should arrive on Amazon Prime shortly.

The show isn't available in all regions, and it isn't certain whether much of the show's long-awaited back catalog will be translated for easy consumption by English-speaking viewers. That said, we're just grateful that we can finally watch Hot-Version with a decent translation. It's a uniquely entertaining show, one that could never be filmed in America—thank insurance companies for that.