When people need to get to Paris, there's always time for a stop at Le Mans. 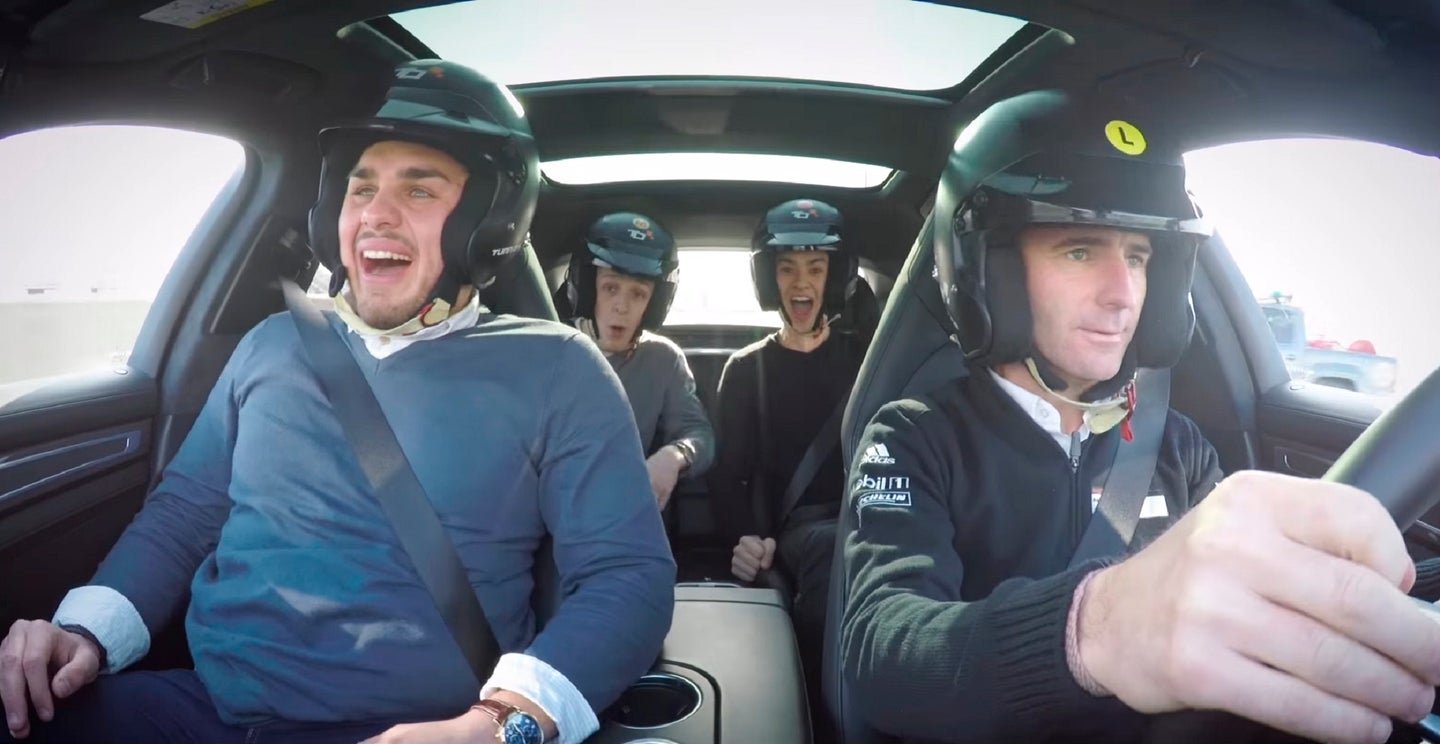 Romain Dumas, recent winner of the first round of the VLN, Le Mans victor, Pikes Peak winner and more, was recently transformed into a rideshare driver in the Le Mans, France vicinity to ferry some folks down to Paris. For those who do not know their French geography, Le Mans is a long way from so it would have been at least a couple hour ride in the car. Sports car drivers, even famous ones, are not easily recognizable by 'normal' folks, so no disguise was needed to prevent the riders from knowing there was a jig, and it certainly wasn't up. The surprise for the rideshare riders is the fact that the car they've reserved has been replaced with a brand new 550 horsepower Porsche Panamera Turbo.

This is hardly the first time that this concept has been trotted out for the benefit of a manufacturer. Stick some pro racing driver or another in the driver's seat to shuttle some people around that have no idea what is going on, then proceed to scare them a bit with some quality driving shenanigans.

Porsche runs a driving experience center at the Le Mans circuit, very similar to the ones they operate here in the US at their Atlanta and Los Angeles facilities. It's particularly hilarious that Porsche does their version of the hidden-camera, professional-driver prank on one of the most legendary circuits in the world. Even more fitting is the fact that they require the passengers to fit helmets before going out on the track. Doesn't that kind of defeat the purpose of the surprise?

The moral of the story here, however, is to always take your driver up on the offer when they say they know a shortcut.