Got money to burn? Join the likes of Frank Sinatra, Ringo Starr, Pablo Picasso, Sir Stirling Moss, and many others as a Facel Vega owner. 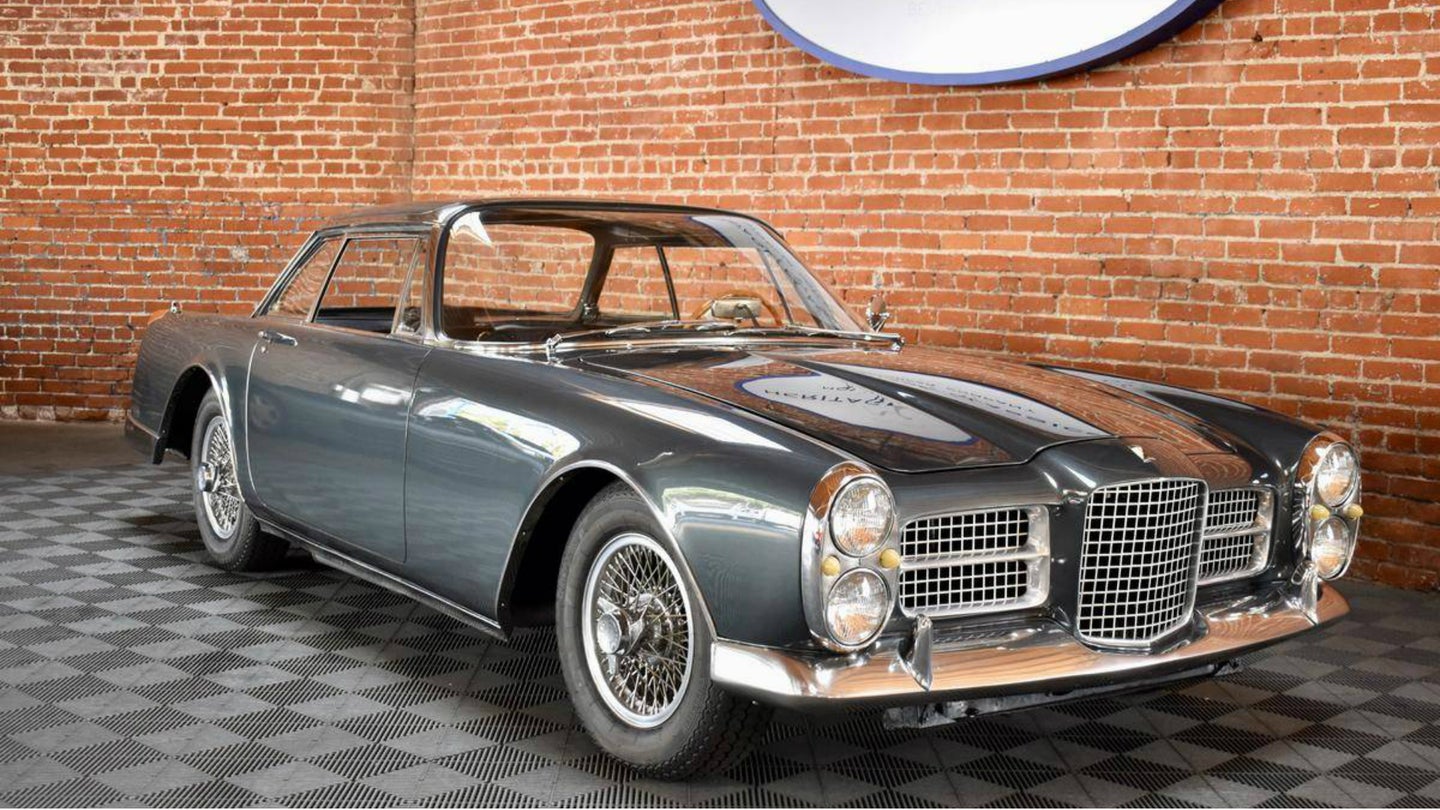 A brutally handsome 1962 Facel-Vega Facel II is on sale in California for $345,000 through Heritage Classics of West Hollywood. Though primarily built in France, these rare cars made use of a big 'ol American engine, as did other fast European cars of that era.

According to the seller, this unit is number 42 out of 180 Facel IIs ever produced, and it's been driven to the tune of 111,839 original miles. The metallic grey exterior on this Facel II appears to be in like-new condition, and the big Mopar block looks clean enough to eat off of—but please don't test this observation. Inside, you'll find four plush black leather bucket seats and a hand-painted metal dash.

Although Facel Vega used four- and six-cylinder engines sourced from European companies for its smaller cars, it relied on big Mopar engines for its high-end grand tourers. Thus, this Facel II features a 383 cubic-inch (6.3-liter) Chrysler V8. With brake horsepower ranging between 355 and 390, the big coupe could approach 150 miles per hour, making it one of the fastest cars of its day. It was also one of the most expensive, with a list price of $12,000 in the U.S.—or about three times what a Jaguar E-Type cost at the time.

Facel was launched in Paris in 1939 to produce machine tools for aircraft on the eve of World War II. After the war, it started producing metal furniture. In 1948, the company began making vehicle bodies and parts for now-defunct French automakers such as Panhard, Delahaye, and Simca, as well as brands still around today, like Ford and Vespa. The company began its own line of cars in 1954 and continued until its bankruptcy in 1964.

Less than 3,000 Facel Vegas were built in the company's short existence. But their beauty and build quality ensure their place with collectors. As does a strong celebrity connection—with Frank Sinatra, Pablo Picasso and race car driver Stirling Moss all owned them, while Nobel-winning author Albert Camus died when a Facel Vega driven by his publisher crashed in 1960.