Cars less than 45 years old no longer qualify for the state's $7 antique vehicle tags in a clear snub to many younger enthusiasts. 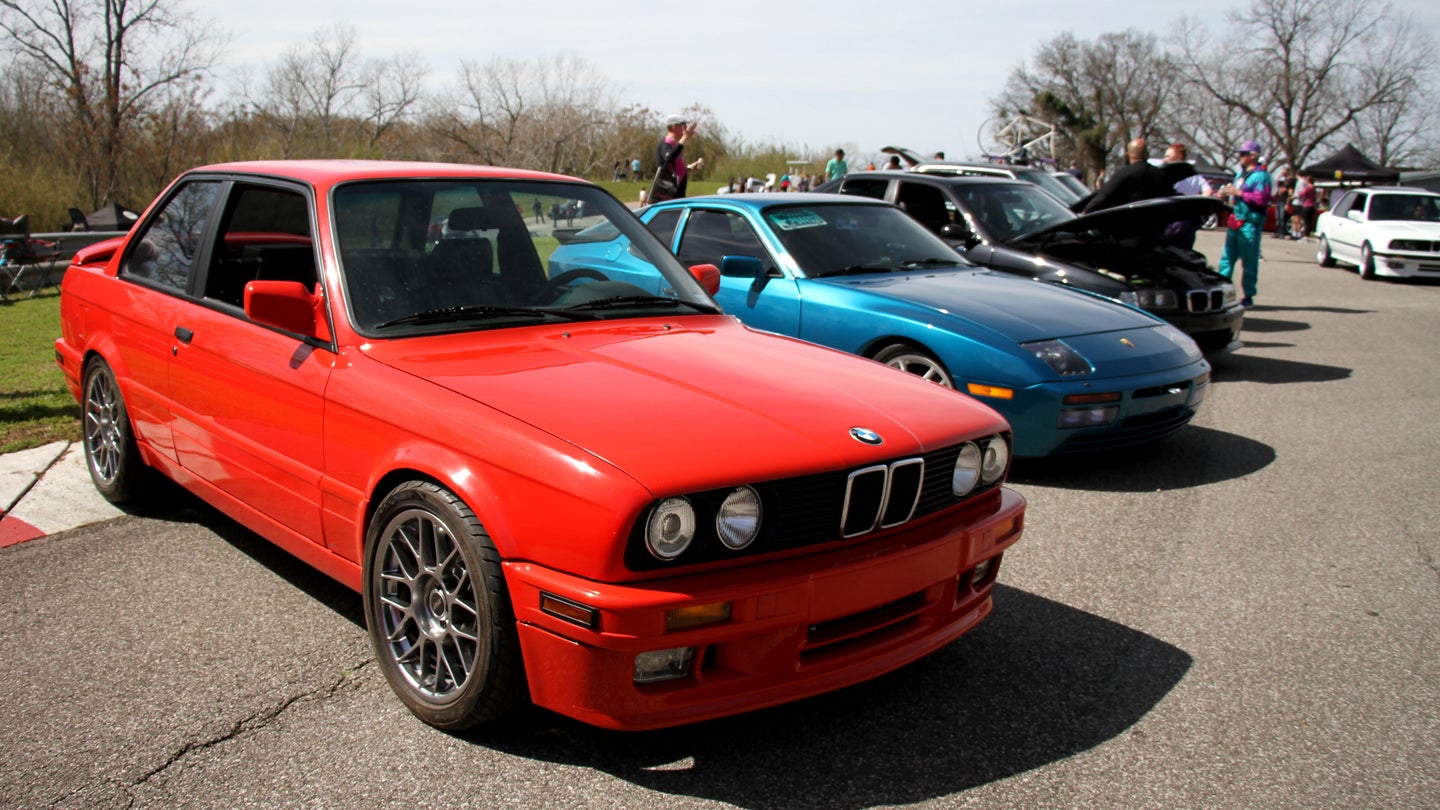 Antique license plates can be a real time and money saver for many enthusiasts who have a special classic car that sees limited road use. Arkansas is one of many states that offer such a plate to older vehicles for $7 a year.

This $7 tag exempted owners from having to pay additional fees on top of it, including renewals, which can save you tons of dough whether you're building a collection or merely struggling to keep a car going whose parts are no longer available at your local dealership.

Sadly, many beloved classics from the IROC-Z Camaro to the Porsche 911 RS America will no longer be eligible for Arkansas' $7 Antique Motor Vehicle tag, as the state's lawmakers apparently don't understand that there were classic cars made after 1974.

Arkansas bumped its minimum vehicle age up from 25 to 45 years in Act 368, snubbing the entire "youngtimer" or "Radwood era" of classic cars in the process and angering many Arkansas car enthusiasts.

Arkansas State Representative Jack Fortner, who sponsored the bill for this change, says he wanted to bring the intent of the bill back to its roots all the way back in 1957.

"What this bill is to honor the content of the original bill which was written in 1957 and it was at the time the wording said to honor the collector car and hobbyist and that's why they did it," Fortner told local station KFSM.

But let's be clear: this is also about generating more revenue for the state, as it not only rules out two decades of classic cars from applying for the low-cost tag, but also requires that you show proof of a second, normally registered vehicle that will be used as a daily driver. Fortner, who owns several historic cars of his own, told KFSM that he believes many owners are simply putting Antique Motor Vehicle plates on beaters that get daily driven anyway.

"I wanted to make it more fair and equitable. We all pay registration, we all are required to have insurance on our car and we register every year. This is the only tag in the state of Arkansas that is not renewed," Fortner told KFSM.

Yet it's clear from the changes in the text that this is a case of misguided ageism against newer classics and the often younger enthusiasts who tend to love them—and it certainly didn't take the law all the way back to 1957. Muscle cars didn't hit it big until the 1960s, yet Fortner's changes clearly struck out "action era" in the text of the former law that defines what qualifies as a "historic and special interest vehicles" for the $7 tags and wrote "Muscle car era" in its place.

If the definition of an antique car can change to encompass later muscle cars, there's no reason it shouldn't have still included cars that were 25 years and older. You'd be hard-pressed to find a person who doesn't revere cars like the Ferrari F40 as the historic cars that they are, and the F40 stopped production in 1992.

That's on top of the effort that it takes to keep a more modern classic on the road, which often involves special-ordering parts and scavenging junkyards, forums, and for sale posts as your local dealership and parts stores probably don't keep what you need on hand anymore.

It's clear from Fortner's comments to local station KNWA that he doesn't really understand the subject he's legislating, as he told them, "A ‘70s car you're gonna have to be an automotive purist, or at least someone that likes to tinker and work on your cars to keep it running."

"These cars are high maintenance," 1983 Porsche 911SC owner Robert Wintercorn told KFSM. "If you do drive them to work every day it's not going to last you’re going to get a week or two out of it and something is going to go wrong. It's a 25-year-old car, they don’t sell parts of them anymore. It takes work to keep up with these cars."

In other words, even if you were daily-driving one of these $7-plated cars, you were going to pay a lot of money anyway. It's part of what made the $7 tag so appealing: it offered relief to enthusiasts who spent a chunk of change keeping an older car on the road.

It's clear that Fortner should have asked actual car enthusiasts about this change before suggesting it—again. Yes, this is the second time Fortner has tried to pass a law like this, after pulling his first attempt after considerable pushback from Arkansas car enthusiasts. Fortner told KATV at the time:

My reason for pulling the bill was because the majority of the citizens of Arkansas who contacted me were opposed.  I believe any bill, either mine or someone else's, should not pass if the majority of the people express an opinion against it.  I was asked to run the bill by a group of car enthusiasts and I personally believed it was a good bill.  But regardless of my personal feelings, I must go with the will of the people.

Psst: the people you allegedly represent are still right there.

Most of the pushback isn't even on the restriction requiring proof of a separate daily driver. It's on the fact that lawmakers want to restrict what's considered a classic car to what you'd see at car shows that cater primarily to the baby-boomer generation.

"It's not fair to call someone's treasure trash," 1992 Nissan SE-R owner Jim Rowland told KNWA. "There's a lot of neat cars out there that aren't 45 years and older and it'd be great to see those cars being maintained and appreciated the way that the law used to state," he continued.

Cars that already have antique tags on their newer rides are grandfathered in, but this new restriction is one more thing to dissuade collectors from buying newer classics in the state, and one more barrier to entry for younger enthusiasts who tend to like newer classics and often don't have as much spare cash as older hobbyists.

"You're gonna have a new generation that they're excited by their own type of cars—ones that they grew up with and ones they read about in magazines," Rowland told KNWA of the new enthusiasm for ‘80s and ‘90s rides.

And it's true! The big ‘80s and ‘90s car-fest Radwood grew quickly for a reason, and now even large auction houses dedicate time to newer classics. Cars less than 45 years old are still deeply significant to not just the twenty- and thirty-somethings who grew up with them, but to the history of the car as we know it.

This basic concept that history is constantly being written as the years pass seemed to elude Fortner when he came up with this idea. "There are some special interest cars from the ‘90s, but there are no historic cars from the ‘90s," Fortner told KATV when he proposed his original bill on this matter.

Fortner denied that this new law places limits on the car collecting hobby, yet he also seems to know that it does, telling KNWA, "I'm trying to protect the integrity of the hobby. I'm not trying to limit anybody."

Any time you speak of "protecting the integrity" of something, that's an almost certain sign that you're doing some form of gatekeeping. That places qualifiers on whose enthusiasm matters and whose doesn't, which we as car fans must band together and reject as utter nonsense.

"When I become Jack Fortner’s age, it would be foolish of me to tell a younger car hobbyist that nothing 'historic' was made since my favorite moment in automobilia," said Rowland on his Medium blog. "No, history is constantly being made and reset. There are significant vehicles yet unmade, beloved by owners yet to be conceived. Limiting the hobby is not the place of anyone."