And it sounds like the world’s loveliest big rig. 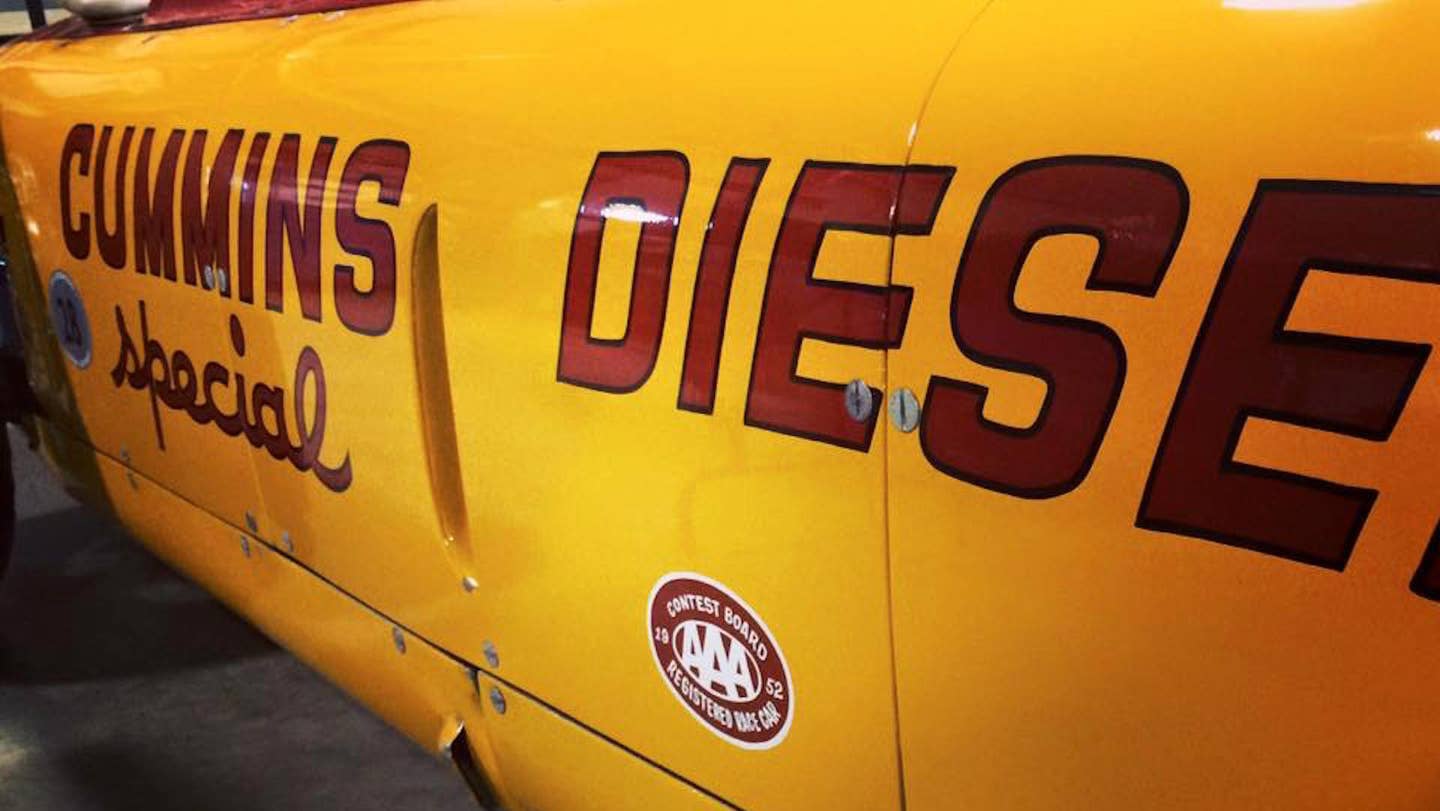 This week, a group of engineers from Cummins roused a mighty beast from slumber. After almost twenty years in storage, the brand's iconic 1952 Diesel Special Indy racer is running again. With a clatter, a rattle, and a big old plume of black smoke, the historic, 64-year-old spark-less race car turned over, sounding like the world's most melodious big rig. The car will be used for promotional events at this weekends big race.

Modern day diesel owners know there's a bit of a special process to start a diesel: you turn the key to the accessory position, wait for the glow plugs to warm, then start. But that brief hesitation is nothing compared to starting a mid-century oil-burner; to start the Diesel Special, one man holds an external starter the size of a rototiller and inserts it into the side of the car, its cords snaking out to the mini-fridge battery pack nearby. The driver, meanwhile, holds out the choke in the cockpit. Everyone waits for a fragile 30 seconds as the whole contraption shudders, then springs to life.

The car's significance comes from the fact that, beyond being one of five diesel cars that Cummins entered at Indy, it was the race's first turbocharged car. (The next wouldn't come until 1966, on an Offenhauser gasoline engine.) The 401 cubic-inch inline-six produced 430 horsepower and was notably low-slung, allowing the roadster a particularly slippery design. Cummins claims it was the first Indy car to be tested in a wind tunnel.