In case everything wanting to kill you isn't reason enough to avoid the Land Down Under, there's this. 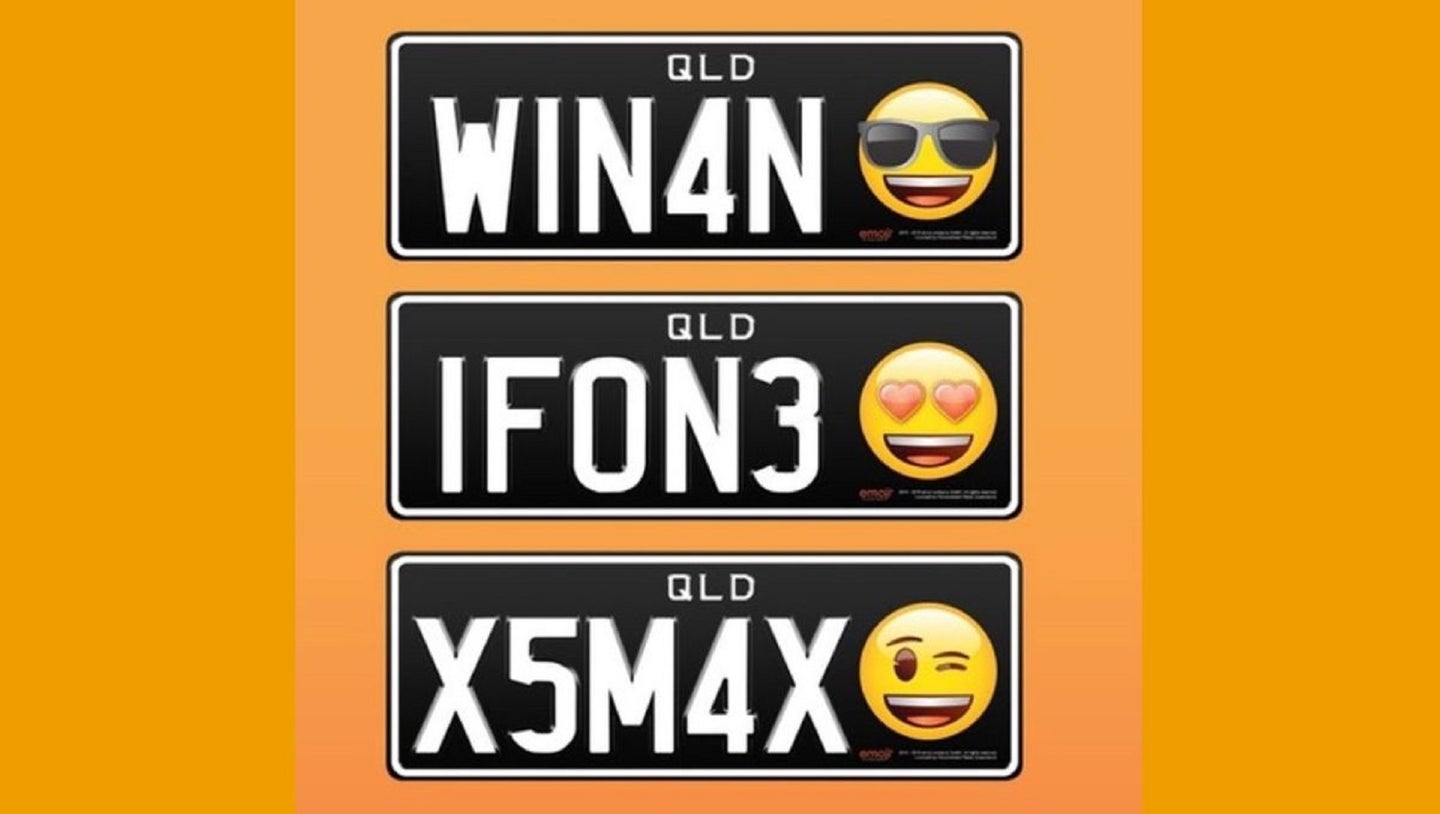 The United States is no stranger to customized license plates. Many drivers on the road choose to outfit their vehicles with special license plates that depict an organization or cause that they are passionate about, or even a college or university that they attended. Such is the same in Australia, where the state of Queensland will be offering license plates with emojis to fulfill a market demand that we didn’t know existed.

“For quite some time we’ve seen that you can support your favorite team or your favorite town with a symbol on your number plate,” said Dr Rebecca Michael, a spokesperson for the Royal Automobile Club of Queensland told 7News Brisbane. “And using an emoji is no different.”

Others disagree, stating that the plates amount to nothing more than a distraction and money grab.

"Clearly the government is trying to sex up number plates, with a view to making more money, and I can understand that," Bill Potts, the president of the Queensland Law Society, told the Brisbane Times. "But the purpose of number plates is for the police to be able to identify vehicles. How do you write down the emoji in your number plate after an accident?"

Sadly, the plates won’t let you replace the word “POO” with an emoji depicting a smiling turd. Instead, drivers will be able to choose from several designs that will be placed atop a black background to the right of their five-digit plate code. Here’s what drivers can choose from:

It appears that not the entire range of emojis will be available just yet, but given that it's Australia we think they should allow some animal emojis like sharks, kangaroos, koala bears, and other Aussie things. Perhaps that's somewhere down the product pipeline.

Think you can come up with the best plate? Personalized Plates Queensland is holding a contest to promote its newest plate offering and they’ve put an appropriate prize up for grabs: a brand new iPhone.

The plates will only be issued with white-on-black lettering and are limited to just five characters consisting of three letters and two numbers. Ordering a brand new registration plate will set drivers back $338 ($475 Australian dollars), while redesigns cost slightly less at $118 ($165 AUD).

So, what would your emoji license plate show?