Show organizers hoped to kick-off the event by sending the Pontiac into a high-flying jump, but City Council voted no 7-1. 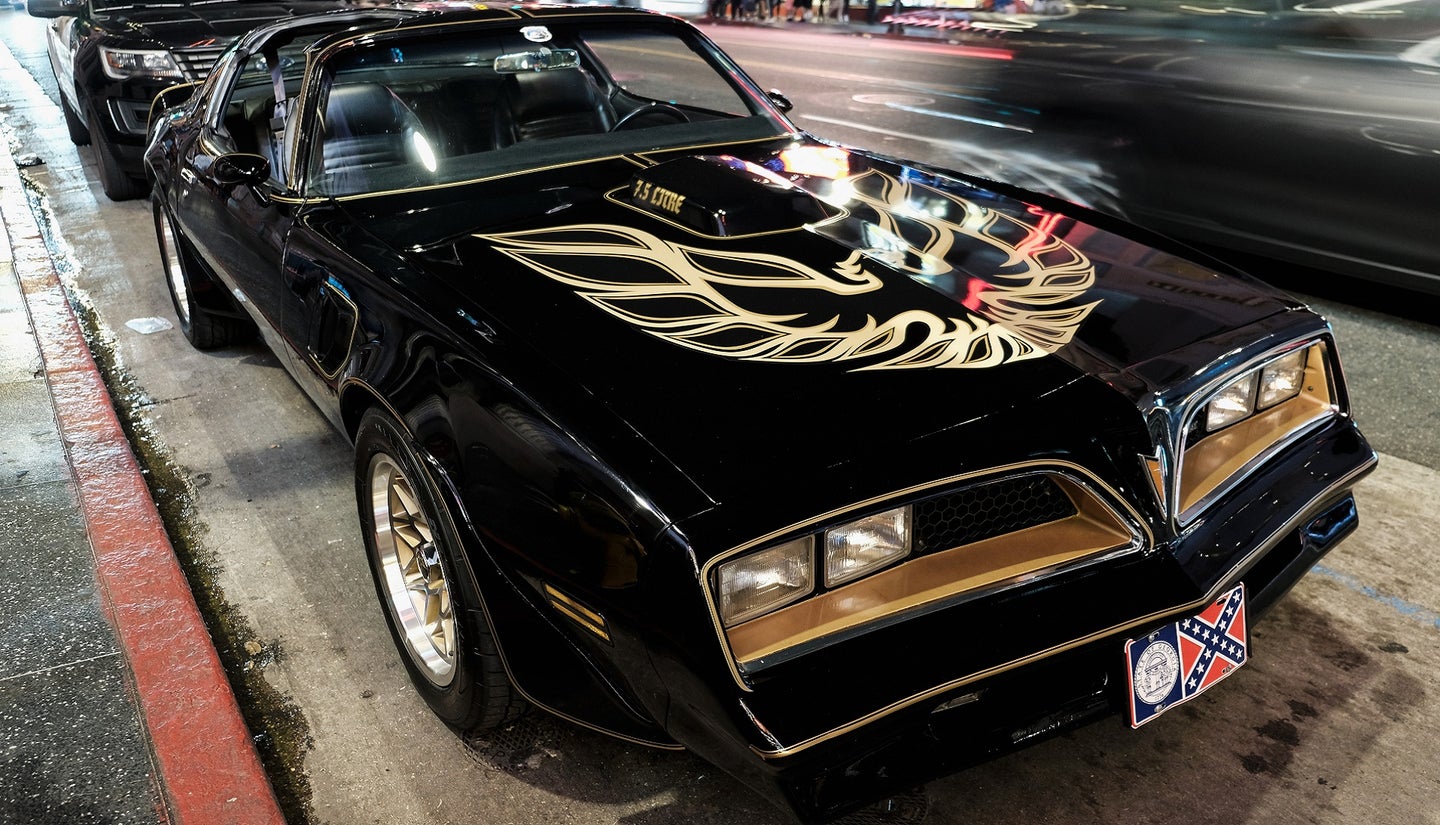 Organizers of the 67th annual Autorama, one of America's biggest and most famous hot rod shows, are currently under fire after trying to organize a high-flying stunt involving a car with a Confederate flag license plate. The Detroit City Council rejected the stunt, which was originally going to take place on a public street, after finding out about the car in question.

According to the Detroit Free Press, the City Council voted no 7-1 against the spectacle that aimed to kick off the three-day-long Autorama by recreating a scene from the 1977 movie Smokey and the Bandit, as well as pay some sort of tribute to the movie's former star Burt Reynolds, who passed away in September 2018. The car originally scheduled to make the jump is believed to be a black and gold Pontiac Firebird Trans Am, which allegedly features a front license plate with the Confederate flag.

"We are continuing to work to try to resolve this with the city," Linda Ashley of Linda Ashley and Associates, a PR agency working with Autorama told the Detroit Free Press.

"We are always striving to bring new excitement and top ourselves every year at Detroit Autorama,” said Peter Toundas, owner of Championship Auto Shows to the Detroit publication. “The amazing live jump by the 'Bandit' is sure to thrill everyone waiting for Autorama to open and brings special excitement to all of downtown Detroit."

Autorama, which is sponsored by the famous line of car care products Meguiar's, is extremely popular among American car enthusiasts and hot rod aficionados who make the yearly pilgrimage to the Motor City, which also features spinoff events like World of Wheels and Cavalcade of Customs during the same three days. According to the report, Autorama features over 800 vehicles and draws a crowd of over 175,000 every year.

"This is the Motor City and Detroit is where hot rod, custom car shows started," Toundas added. "We make every effort to let everyone know about this important heritage.”

Fewer European manufacturers and fewer vehicle reveals caused over 35,000 people to skip the final year of the January slot.