The Cars of N.W.A

Boyz n tha hood roll toward the Rock and Roll Hall of Fame—in a Suzuki? 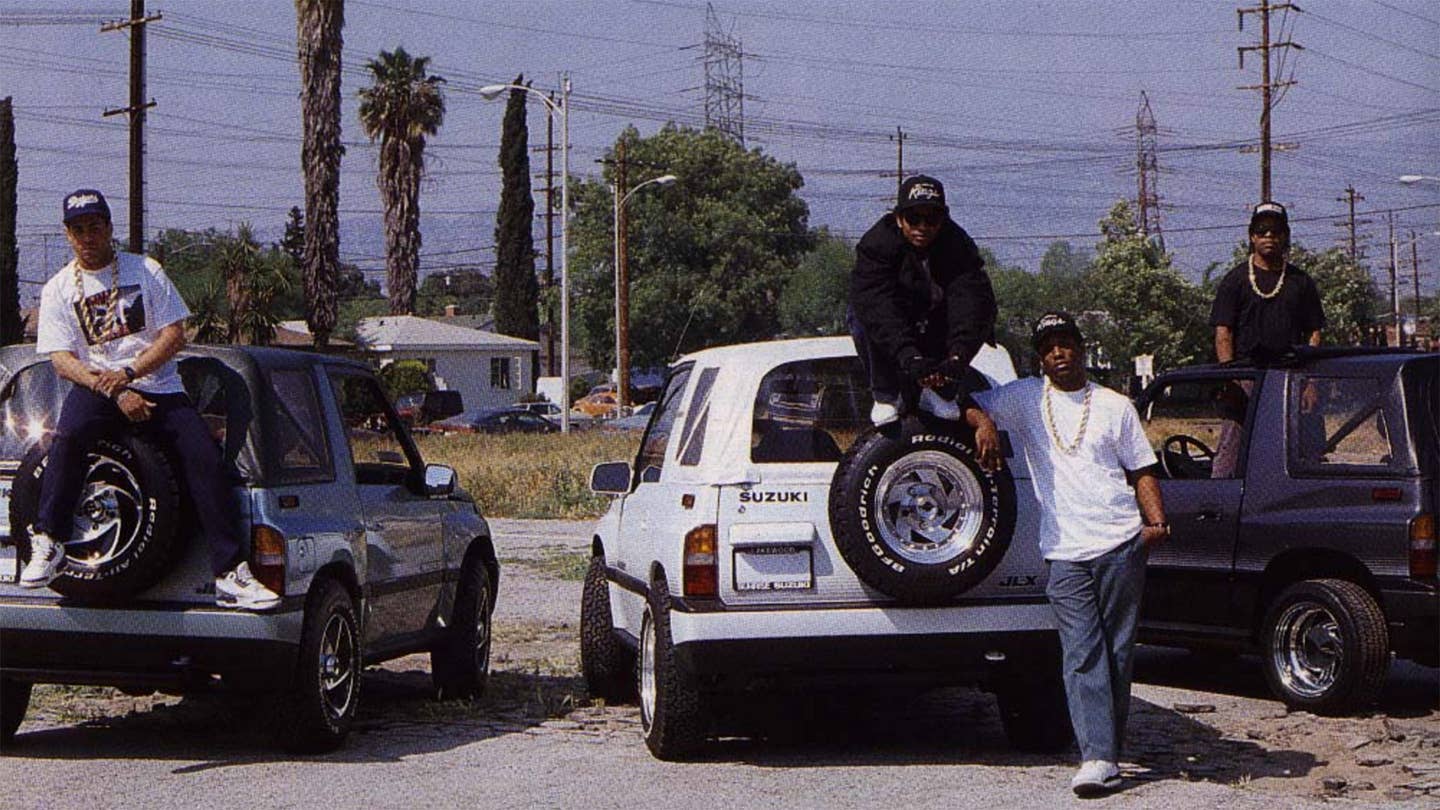 A Suzuki Sidekick. Think about that tippy fixture of late-Eighties high school rom-coms. How coeds with hairstyles inspired by the era’s Koosh Ball would clamber over the doors and spill out onto a southern California beach, ready for volleyball or tormenting the goth, Ally Sheedy-esque loner.

Just a few miles and many worlds removed from that Bubblicious scene, Eazy E, M.C. Ren, Ice Cube, Dr. Dre and DJ Yella were making a different kind of statement with the same materials, as the photo above demonstrates.

Much has been said and written about N.W.A’s influence on pop culture, and the summer’s Straight Outta Compton biopic all but generated a cottage industry of retrospectives, listicles and one particularly craven t-shirt trend. But now that N.W.A are inductees in the 2016 Rock and Roll Hall of Fame, we at The Drive are looking at the group’s influence specifically on car culture.

The 6-4 Impalas and Benz-O’s celebrated in the group’s lyrics were already fixtures in Compton and Long Beach by the time Straight Outta Compton, N.W.A.’s debut record, was released in 1988. But the rappers did more than any group of the era to bring (or return) those cars to national consciousness. Here are but a smattering that were elevated—and in some cases, dropped very, very low—by the rap group: