A twitchy, much older Kevin emerges in a Honda Fit. We are duly frightened. 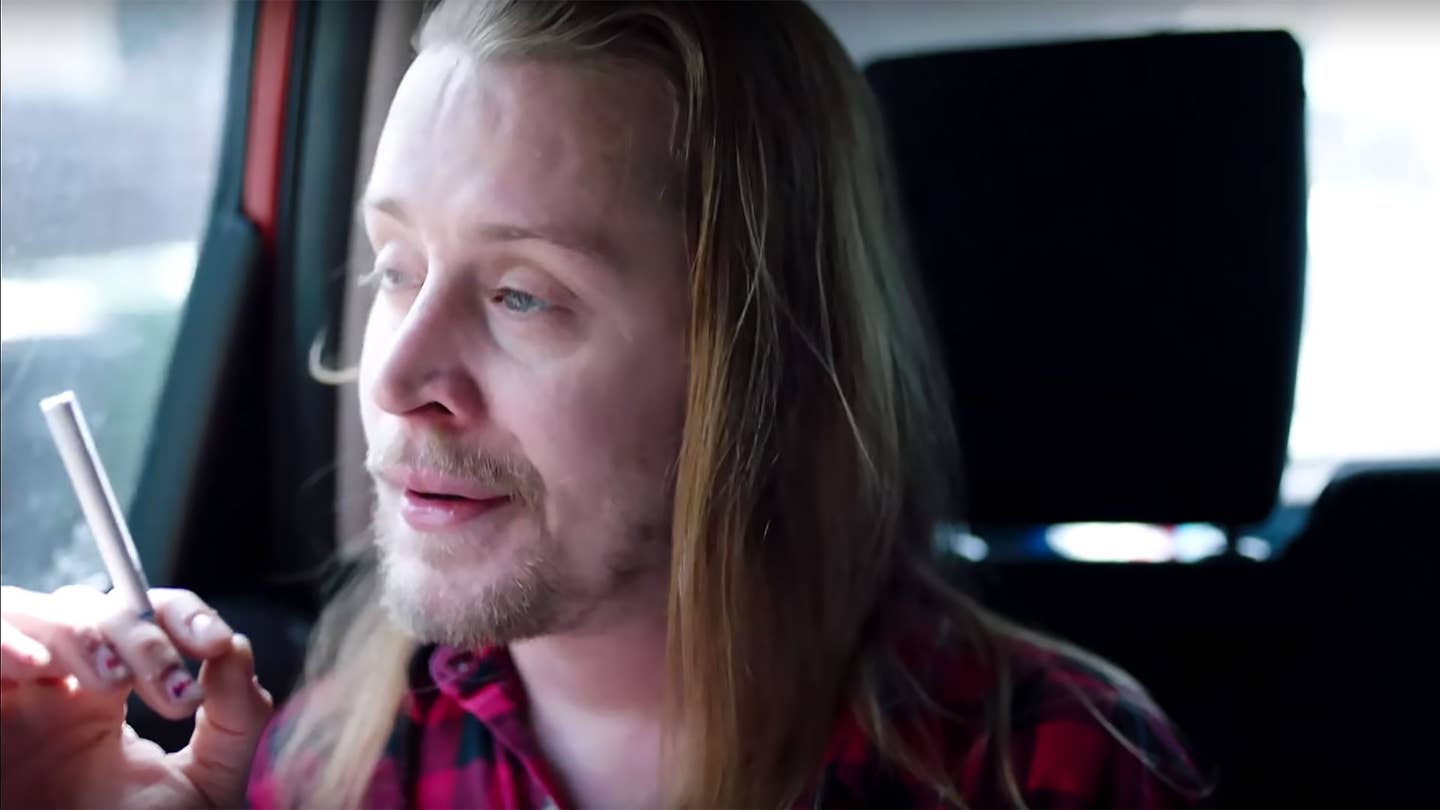 Twenty-five years after the release of Home Alone, Macaulay Culkin is back on screen antagonizing, and injuring, would-be criminals. The 35-year-old actor is reprising his role as Kevin as part of Moldy Peaches guitarist Jack Dishel’s new web series, :DRYVRS, in which rides in an Uber-like car service go horribly, horrifyingly wrong. The premise? As it turns out, being relentlessly pursued by middle-aged men as an eight-year-old is really traumatic, and has major fallout.

A twitchy, long-haired Kevin-Culkin picks up Dishel in what turns out to be his wife’s red Honda Fit. She did “too much blow,” so Kevin, who doesn’t even drive, was roped in to do :DRYVRS duty. Dishel offers to take the wheel, and it soon becomes apparent that beyond unable to drive, Kevin is unfit to be a human moving through the world. Kevin harkens back to that time in the early Nineties when he was "the cutest fucking eight-year-old in the universe, by far.” Despite that, his mom was distant and, clearly, forgetful. As a result, young Kevin was victimized. "I still have nightmares about this bald weirdo dude chasing me around talking like Yosemite Sam," a frazzled Kevin mutters with a cigarette between his lips. "They don't even curse!"

However, all that stress was not for nothing. Late in episode, a car-jacked attempts to steal Kevin’s wife’s sweet red Honda at gunpoint—not knowing, of course, that he was dealing with a sadistic, MacGyver type. With, of course, a wire hanger, Old Kevin uses the Fit’s cigarette lighter to burn the gun out of the criminal’s hand then wraps him, in classic fast-forward speed, in rope. The next scene opens with the would-be carjacker tressed in Christmas lights, about to be subjected to the cruel whims of the same person who put a tarantula on another person’s face. It’s gruesome.