Lemmy Kilmister, The Engine Behind Motörhead 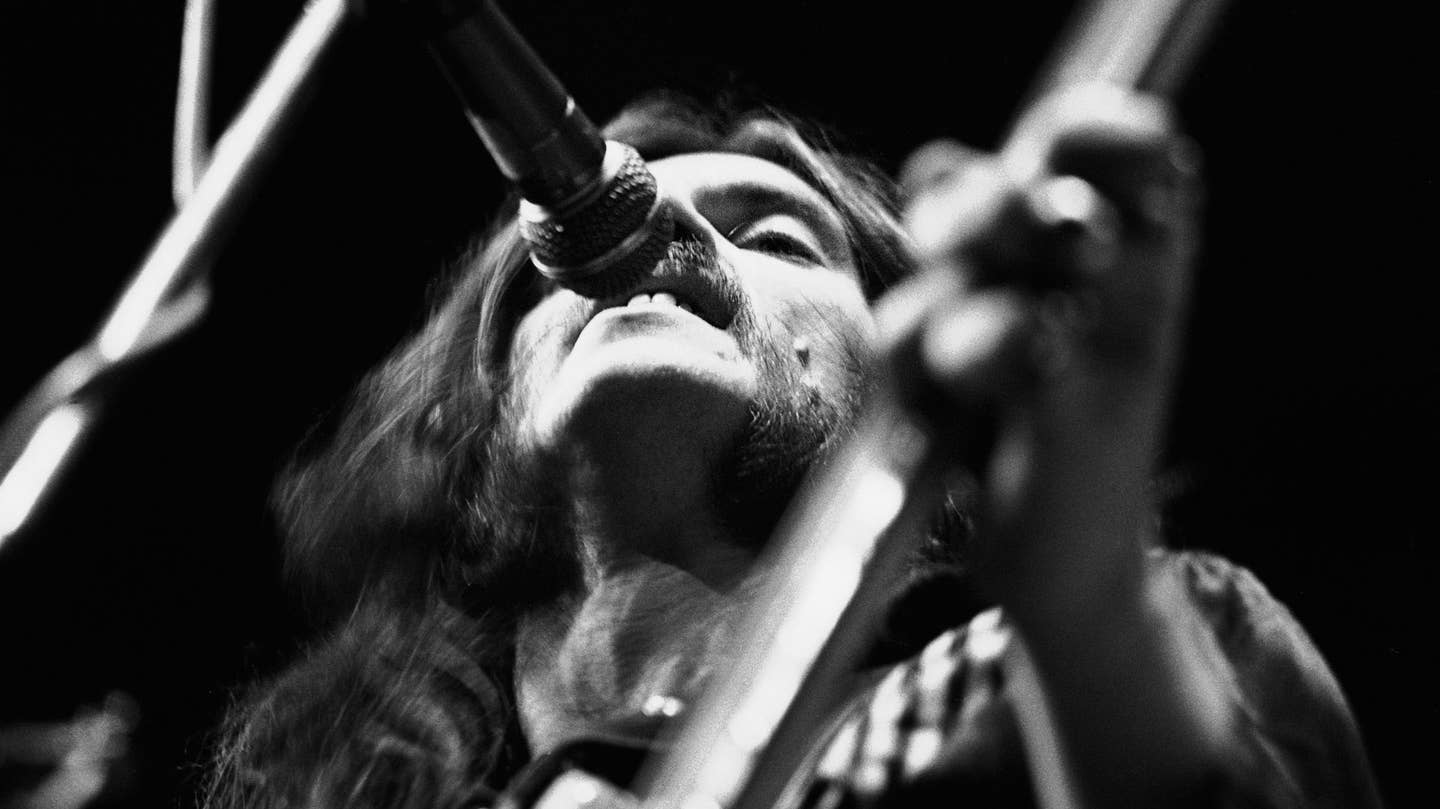 It seems odd, maybe even a little wrong: A band that called itself Motörhead, led by Lemmy Kilmister, a man who owned a sidecar BSA but generally didn’t care much about motorcycles. “I prefer huge limos with bars in the back myself,” he said. Lemmy didn’t care much about upholding appearances, rock and roll or otherwise. Lemmy didn’t need appearances, or totems of the lifestyle, because he simply was rock and roll. Pure, distilled. Speed manifested in flesh and blood.

Everything Lemmy did was fast. He was expelled from school in England fast, and took to Chuck Berry even faster. “He always gave you all the details, even in the car songs, which were kind of state of the art,” said Lemmy. “He'd give you all the makes of the cars, the things he was having done to them to make them fine. In just a few words, he'd lay it all out, and that was his great skill. He was the first one.” Lemmy got it, and joined the psych-rock outfit Hawkwind in 1972, only to be booted for using amphetamines. So he called his next band Motörhead.

Over the next four decades, he made music nonstop. Part heavy metal and part punk rock, like Black Sabbath trying to cover The Damned, except twice as gnarly and three times as inebriated. The sound was balls-out, powerful and loud and filthy and infectious. It was rock and roll. If Motörhead moved in next door, your lawn would die.

Lemmy Kilmister, the closest thing to a machine any man has ever been, passed away on Monday at the age of 70. His music, and the spirit it embodied, meant a great deal to many people the world over. He will be missed.

Hero of the Day: The Metalhead