This 260Z is a child of the race car they called Big Sam. 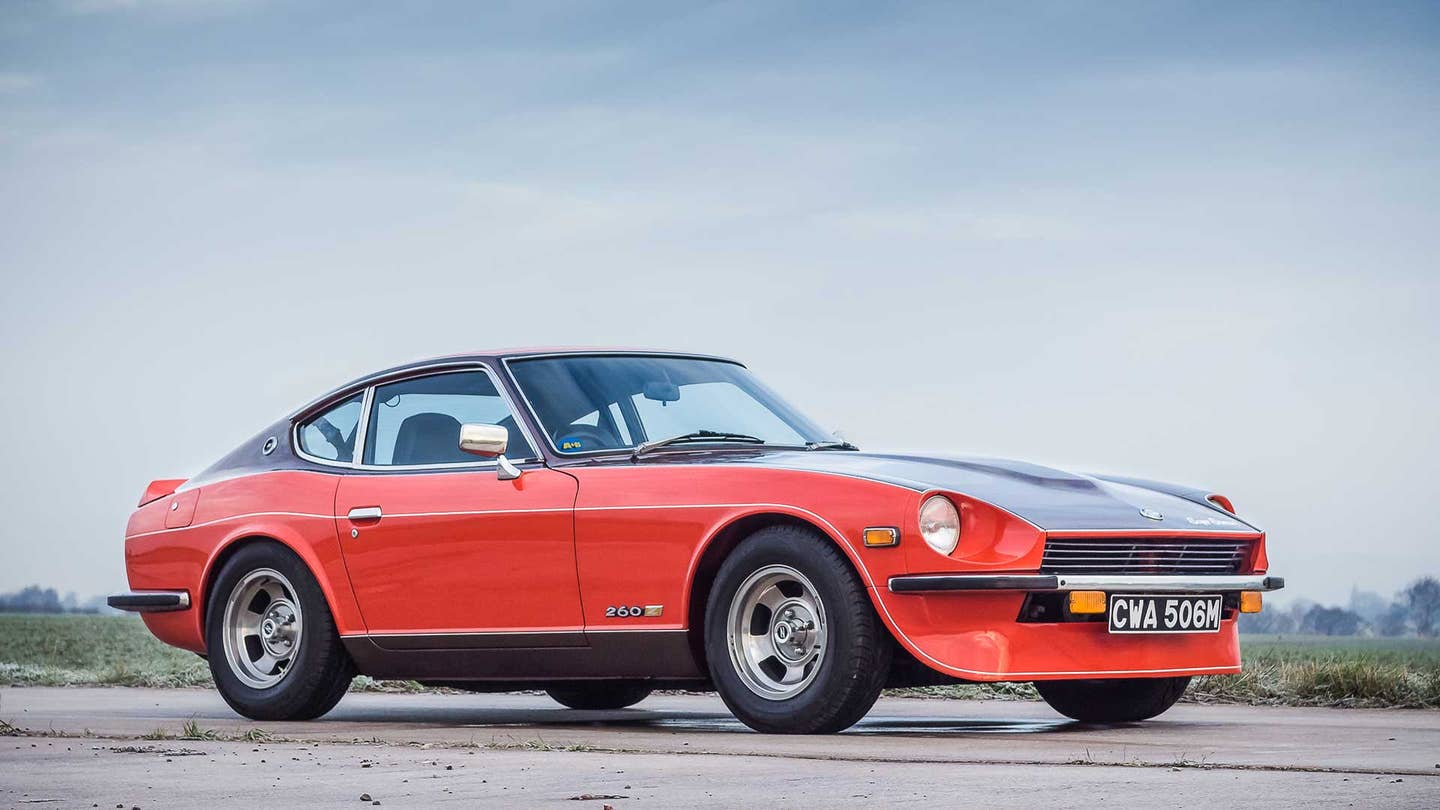 Spike Anderson grew up as a tuner in England in the 1960s with Broadspeed, whose 10,000- rpm Minis were unbeatable in their day. When he went solo in 1973 to start Race Head Services, Anderson ended up with a new Datsun 240Z. But having built Chevy V8-powered Austin-Healeys at Broadspeed, he thought the Z was a little down on power. A cylinder head specialist, Anderson performed his magic on the Z’s inline-6 head, then developed his own exhaust manifold. Next came triple Weber carburetors and tuned suspension. Voila, Super Samuri was born (he had to leave out the second “a” in Samurai because the Super Samurai name was already trademarked).

With his street cred, Anderson had his 240Z road tested in Motor Sport, where Clive Richardson took it to 140 mph. That put the 250-hp coupe in direct competition with a Porsche 911S at a fraction of the cost and Spike Anderson became a Datsun tuner. “Big Sam,” as his original car was called, launched an assault on the 1974 Modsports Championship that had Porsche of Great Britain bring a full works Carrera 2.7 RS over from Germany to fight him off. When the Porsche broke in the final race, driver Win Percy and Big Sam won the championship by a point, setting four lap records over the season and becoming the first Z car to win any championship outside Japan and the U.S.

Anderson launched Samuri Motor Company to build 240Zs for the street and made around 75 190-hp cars, many of which were raced. These were followed by production of only two 200-hp 260Z Super Samuris, before Spike and company ran out of resources in 1976.

For all that, they don’t bring huge money. Silverstone Auctions is hoping for an optimistic £35,000-£45,000 ($50,241-$64,596) at Race Retro on February 28. For the record, 200hp is an immense improvement over the poky 260Z’s stock 139hp; plus, you’ve got four four-piston vented disc brakes, the body kit, the suspension and the crazy great Super Samuri two-tone. This one was even raced and personally verified by Spike Anderson.

A Porsche Carrera 2.7 RS with race history will run you a million dollars, so ask yourself: Is it worth 20 Super Samuris? Hint: No.

This Excellent Datsun 510 BRE Print is Only $25