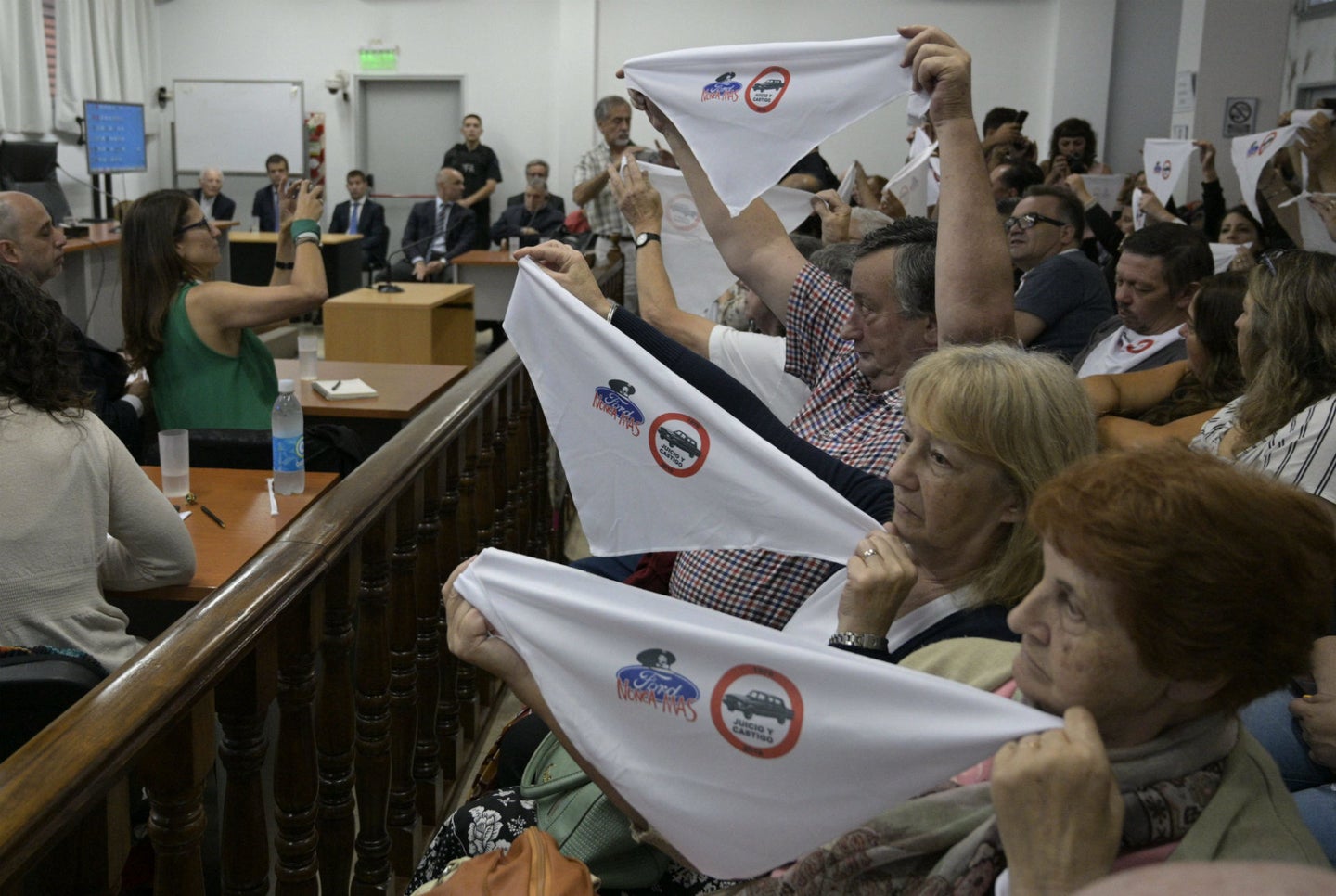 A pair of former Ford Argentina executives were convicted on Tuesday in a case that involved the kidnapping and torturing of 24 employees during the 1970s. The crimes took place under a rein of military dictatorship known as the "Dirty War," creating a historically harsh cultural and political climate in the South American country. The victims are now threatening to sue Ford in the United States for its proclaimed "direct responsibility" in the incidents.

According to Reuters, this is the first time that executives of a multinational company have been convicted of a crime against humanity for actions which occurred during the time period.

“It is clear that Ford Motor Company had control of the Argentinian subsidiary during the ‘70s. Therefore, there is a direct responsibility of Ford Motor Company and that might give us the possibility to bring the case to the U.S. courts,” Ojea Quintana, a lawyer involved in the case, explained to Reuters during a phone interview

Ford Argentina said that it was not a part of the court case, though it did allegedly cooperate with prosecutors throughout.

Past local Ford execs Pedro Muller and Hector Sibilla were dealt prison sentences of 10 and 12 years, respectively, for their involvement in the crimes, a lawyer representing the victims told Reuters. The two reportedly provided personal information of the victims including photographs and home addresses to agents of the dictatorship which allowed them to forcefully beat and interrogate the civilians.

Furthermore, Muller and Sibilla "allowed a detention center to be set up inside the premises of that factory, in the recreational area, so that the abductees could be interrogated,” per court documents.

“There they were handcuffed, beaten, and had their faces covered so they could not see who was interrogating them,” the accusation claimed of the sufferers.

Family members of the victims joined together and linked arms during the conviction, holding photos of their loved ones who were affected by the actions. Many also waved white scarves, a nod to Argentina’s Mothers of the Plaza de Mayo, in remembrance of the children who were lost during the Dirty War

Update—12/12/2018: Ford Motor Company responded to The Drive's request for comment on the court case, giving the following statement:

"Ford Argentina is not a party to the case, but is aware of the verdict on the alleged participation of Ford Argentina employees in facts related to human rights issues in the ‘70s. Ford Argentina has always kept a collaborative and open attitude with authorities, providing all the available information requested to clarify this situation. Since the verdict is not final and it is subject to appeal before the Federal Court of Appeals, we would hold from making any further comment."

Power-Sliding the 2019 Ford Mustang Bullitt: Driving the Tires Off the New McQueen Muscle Car
The Drive
MORE TO READ