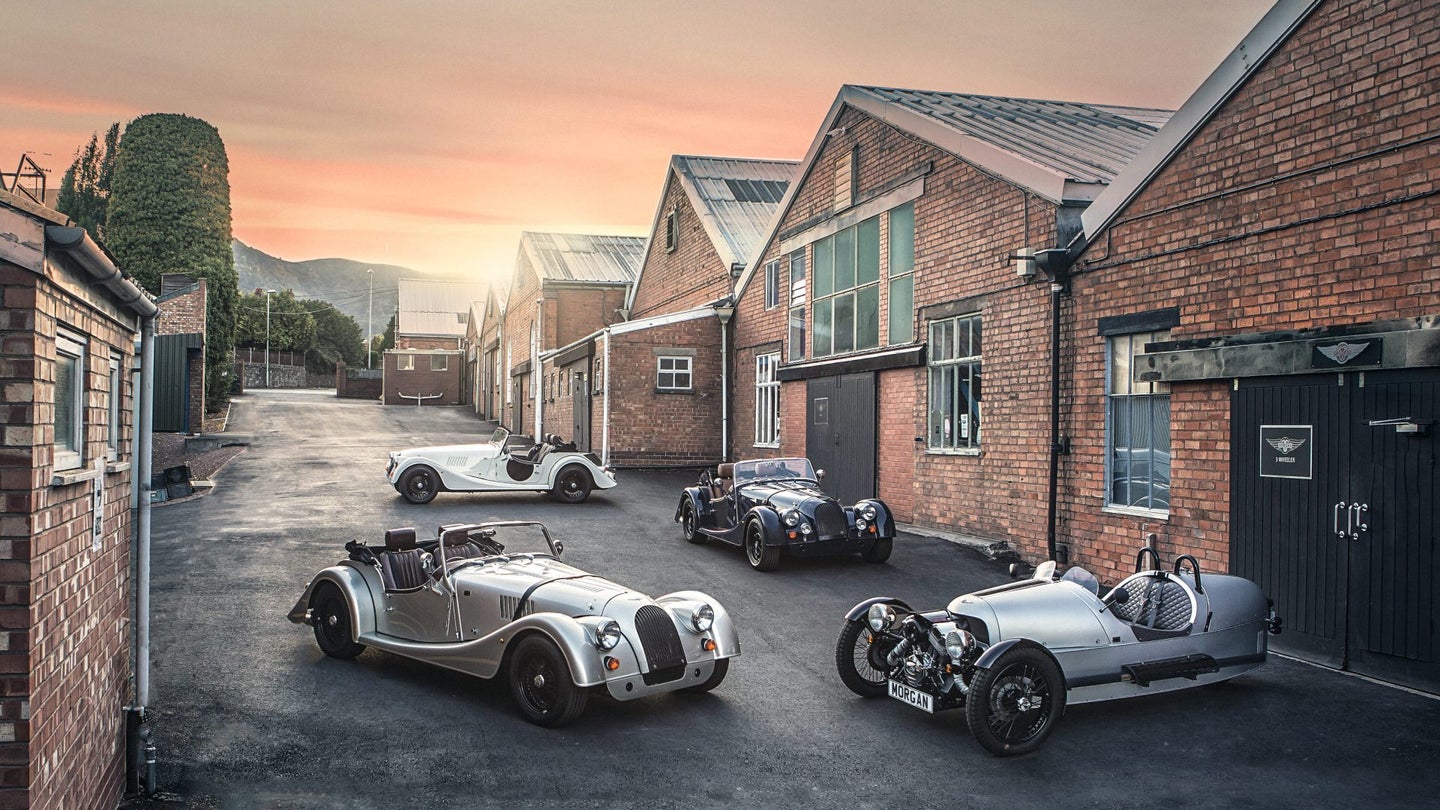 Morgan is reportedly developing a range-topping sports car for release sometime in the next decade.

The vehicle is described as a front-engined, rear-wheel-drive, two-seat sports car in both coupe and roadster body styles, which Autocar says is due out in the mid-2020s. It will reportedly be priced to compete with the Aston Martin V8 Vantage, though its performance isn't expected to quite measure up to the Aston; an estimated 0-to-60 in 4.5 seconds with a top speed of over 150 mph isn't peanuts, but it's not quite supercar-hunting speed.

Morgan's niche offerings tend to appeal for their traditional handcrafted construction, but this model won't quite slot in with the Three-Wheeler and its similarly old-school ilk. Instead, it will reportedly sit alongside Morgan's older models, attracting a slightly different customer, though not those who may have wanted the now-discontinued Plus 8 or Aero—its development was said to have started prior to those models' demises.

Reportedly, the new sports car will ride on an all-new aluminum chassis designed with the 21st century in mind. That means a bonded and riveted aluminum box chassis of similar size and weight to Morgan's current aluminum chassis, but twice as rigid, and a tad wider to accommodate the modern human's XXL waistline. Though this next-gen Morgan will reportedly start with a small, forced-induction inline-six engine as its powerplant, Morgan's engineers will allegedly future-proof the platform by designing it to fit batteries and electric motors down the line.

If electric vehicles seem too forward-thinking for the Morgan you know, consider that the company promised to start production of its EV3 electric Three-Wheeler by the end of 2018, the all-gasoline Morgan is already a thing of the past.