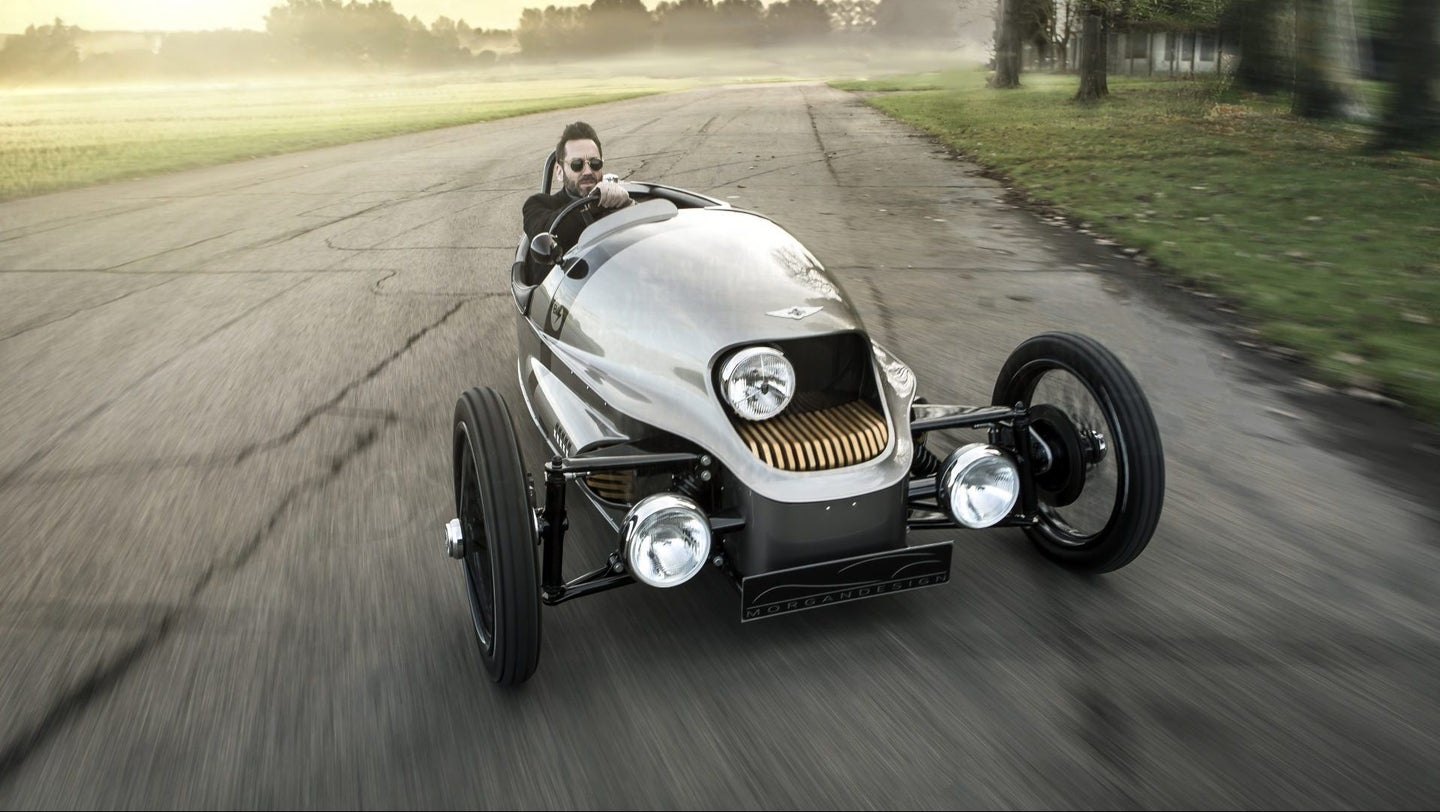 Morgan Motor Company will at long last bring the EV3 electric variant of its motorized oddity, the 3 Wheeler, to production in the third quarter of 2018. Morgan has experimented in the past with electric vehicles, with its 2012 Plus E concept car, followed up three years later by the original announcement for the EV3. The EV3, however, despite being intended for production by the end of 2016, never rolled off the assembly line on time, but Morgan did release an update on the EV3 during the twilight of 2017.

Manufacturing will be managed by Morgan itself and is slated for Q3 of this year at the company's Pickersleigh Road facility.

The electric powertrain of the EV3 was designed in conjunction with Frazer-Nash Energy Systems, an R&D firm. The electric motor is said to produce 41.8 kilowatts, or around 56 horsepower, according to Morgan, and its 21 kilowatt-hour battery will be capable of either a 120-mile range or an 83 mile per hour top speed. While Morgan boasts that the EV3 retains the 3 Wheeler's minimal weight, no figures are cited.

For reference, the gasoline-powered 3 Wheeler's 2.0 liter S&S V-twin makes 82 horsepower, enough to hobble the 3 Wheeler from a standstill to 60 in six seconds, and onward to 115 miles per hour. The traditional 3 Wheeler also has a superior range, by a significant margin, as its combined 30.3 MPG and 42-liter (11 gallon) fuel tank give it a predicted range of more than 330 miles.

While it is hard to imagine a Morgan customer as anything other than traditionalist, it is evident that the British marque sees a market for the EV3, maybe even one that has yet to be reached by competing automakers. Some may feel they are ready for the (apparently) physics-bending, $200,000 Tesla Roadster, but the EV3 could offer a cheaper, safer point of entry for those interested in electric sports cars. Nobody said that green transport enthusiasts can't enjoy driving too, after all.

There’s a Tesla Model S Limo for Sale on eBay