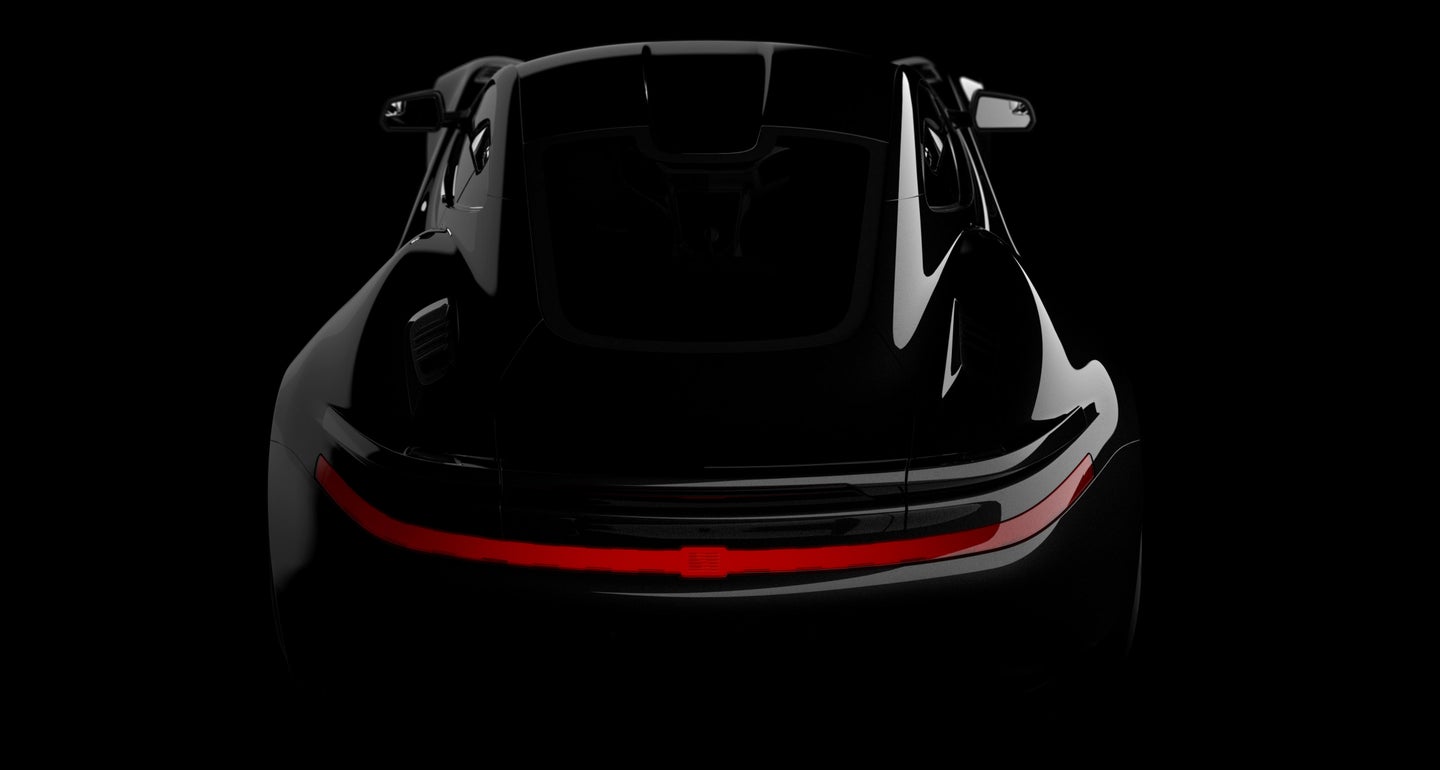 You may have been wondering what Mr. Steve Saleen has been up to lately. After all, he has already made quite the name for himself over the years by producing a line of wickedly-tuned Mustangs and boutique supercars. Well, it turns out that he has been preparing to creep back into the game with a turbocharged four-cylinder super-sports car that Saleen priced at $100,000. Call it what you want, but he calls it the Saleen 1, or S1 for short.

Very few details were revealed about the S1 when Saleen revealed the new coupe at the L.A. Auto Show. Now, the company is finally filling in those gaps with pricing information, as well as new statistics and specs. The price of this sleek yet curvy mid-engine car puts it right there in the entry-level wheelhouse of the Porsche 911. The Saleen 1 produces 450 horsepower, nudging out the base 911's output of 370. It's a direct match-up with the mid-range 911 GTS in terms of power, however, as they both produce 450 horses. The coupe also puts out 350 pound-feet torque and is paired with a classic three-pedal, six-speed manual transmission.

The combination of low weight and high power should help the S1 accelerate similar to that of other supercars, and the numbers prove it. Saleen expects the car to reach 60 miles per hour in 3.5 seconds with a top speed of nearly 180 mph.

The automaker also disclosed some details about the S1's chassis. In total, the car weighs a slender 2,685 pounds thanks to a carbon fiber body that is wrapped around aluminum. The Saleen 1 is fitted with a set of big 15-inch brake rotors at all four corners, with 255 mm wide Continental tires at the front and beefy 335-mm tires in the rear.

Due to its mid-engine construction, the vehicle's weight is not evenly distributed. The front carries 42 percent of the vehicle's weight, while the rear carries the remaining 58 percent. By putting more weight over the rear tires, the coupe gains more traction and provides more assistance to the front when braking. With this, there is less chance of rear-wheel lockup and spinouts as well as improved acceleration on wet surfaces.

Though production has not yet begun, the company says it will start manufacturing soon with 1,500 cars being built each year. To top it all off, Saleen's representatives are saying that the entire car (chassis, engine and all) will be made in-house by the small company.

If you or someone you know may be interested in this sports car, Saleen is accepting deposit payments of $1,000, in case you have some laying around. Deliveries will begin around mid-2018 during the summer months. Upon purchasing the S1, customers will receive a three-year/36,000-mile warranty.