Larry Webster steps down, will continue to contribute. 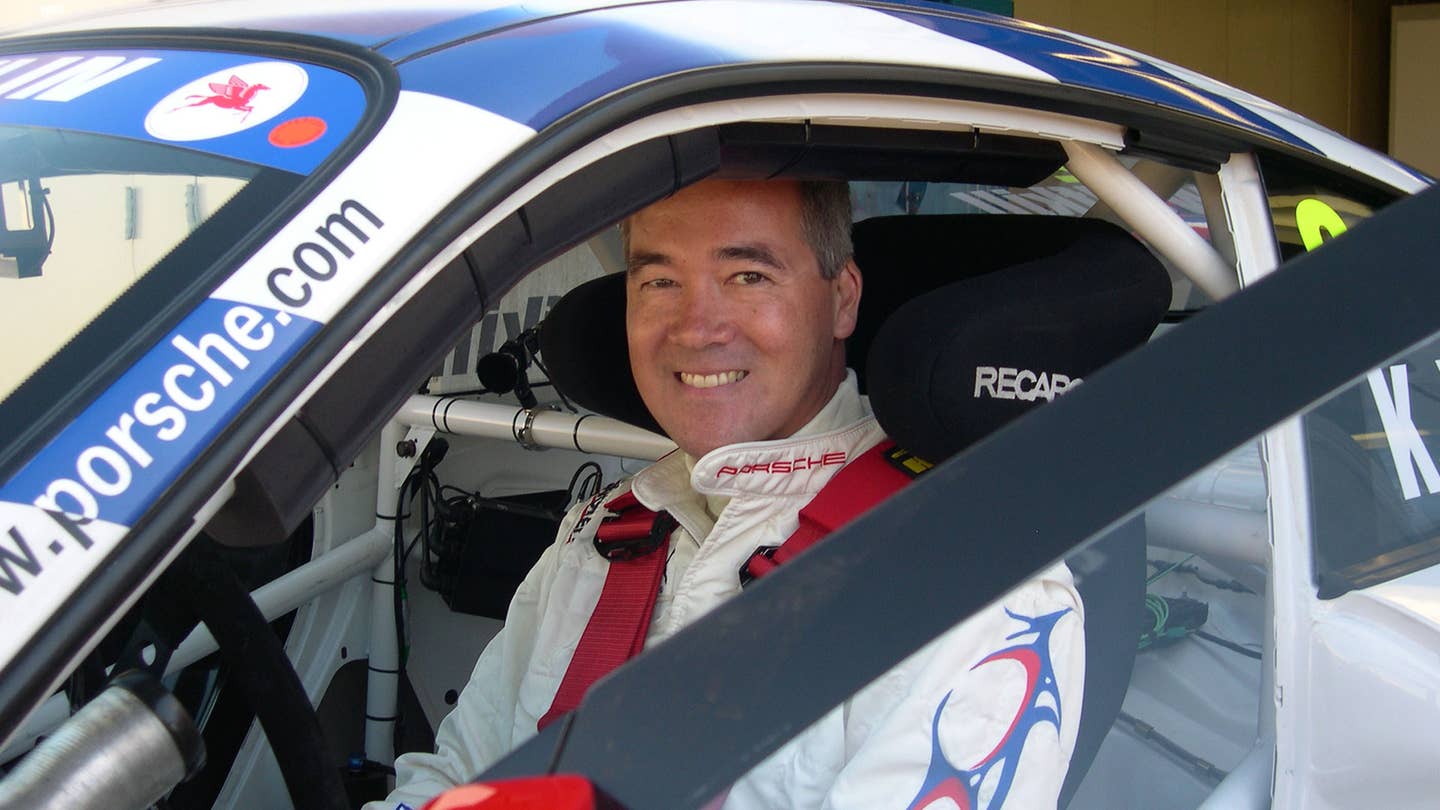 It’s good that car magazines have fleets of automobiles at their disposal, considering the dizzying turmoil in publishing that are shuffling owners, editors, and even full staffs like so many game pieces.

The latest to ring the moving company is Kim Wolfkill, announced today as the latest editor-in-chief of Hearst Magazines’ Road & Track. Wolfkill takes over from Larry Webster, who stepped down but will continue to contribute to the nation’s longest-running auto enthusiast magazine, founded in 1947.

“It is an incredible honor to return to Road & Track and take the wheel,” Wolfkill said. “I am thrilled to lead the talented team here in Ann Arbor at a time when the auto industry is in such a pivotal and exciting place.”

Wolfkill rejoins a magazine where he served as senior editor from 2003 to 2006, and where his hot-shoe skills helped build his versatile reputation. Wolfkill’s racing career includes stints in the SPEED World Challenge, Rolex Sports Car Series and Porsche Michelin Supercup.

Wolfkill will join the Ann Arbor, Mich.-based magazine from the Seattle area, where he was senior business manager for Microsoft’s Turn 10 Studios. Wolfkill most recently managed partnerships for the Forza Motorsport Xbox game franchise, with previous Microsoft positions including publisher of MSN Autos.

“Kim is the total package,” said Eddie Alterman, editor in chief of Car and Driver and editorial director of Road & Track, in a statement. “He is a great editor, a great racer and a great business leader. We are lucky to have his enthusiasm and expertise back at Road & Track.”

In 2011, the Hearst Corporation paid $887 million to buy 102 magazines from the French company Lagardère, including Road & Track, Car and Driver and Elle. Hearst soon moved Road & Track from its longtime California home to Ann Arbor, and fired most of the staff as the magazine joined Car and Driver in its Michigan digs.

Like other American magazine giants including Time Inc. and Condé Nast, Hearst is navigating a stormy transition in publishing that’s seeing advertising dollars flee traditional print magazines for digital. With Hearst and everyone else under pressure to maintain profits while cultivating new revenue sources in digital and video, nabbing Wolfkill—with his experience across multiple editorial and content platforms as well as proven business acumen—seems of a piece with both company and industry strategy.