Group B rally may be three decades gone, but the homologation cars are still around. 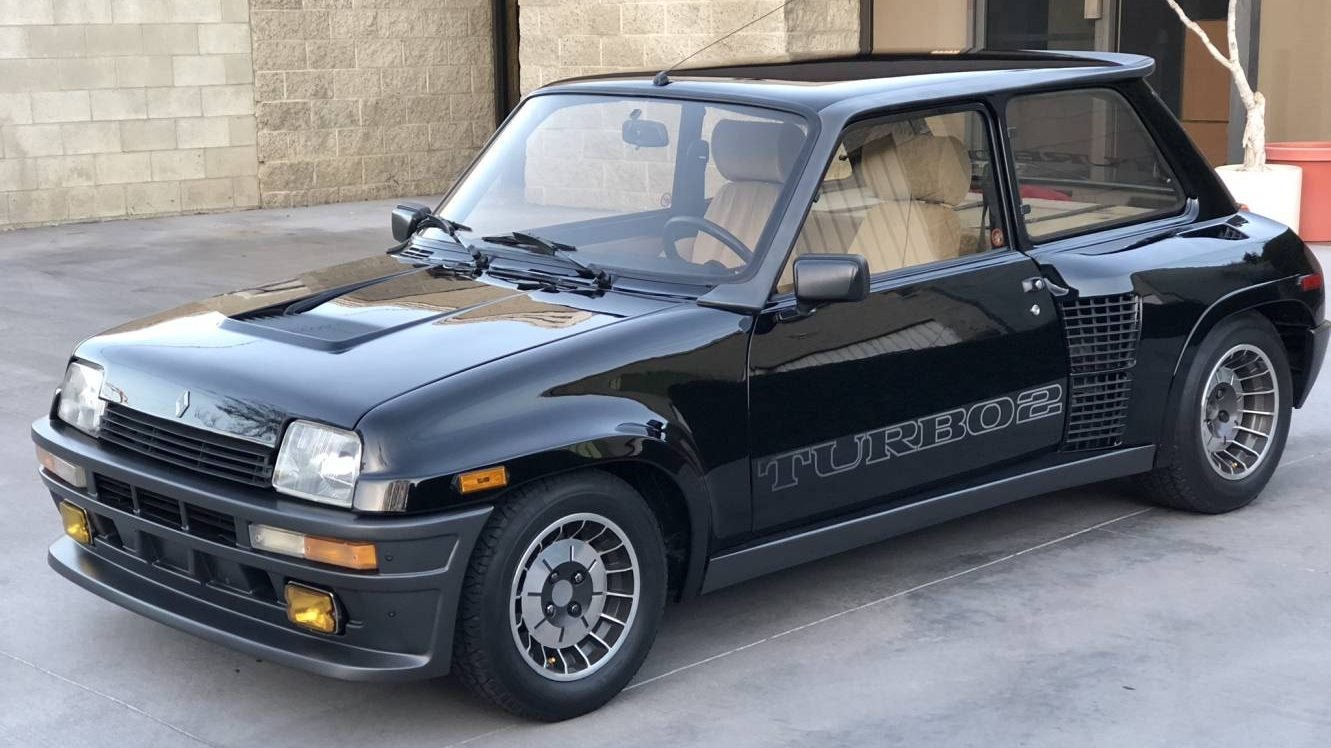 The Renault R5 Turbo was a mid-engined, rear-wheel-drive hatchback built for homologation in the World Rally Championship by Renault in the 1980s. Its short wheelbase, minuscule weight, and 1.4-liter, turbocharged four-banger made it a nimble machine, and despite competing with the four-wheel-drive Audi Sport Quattro that changed rally forever, the diminutive Renault managed to win four World Rally Championship events from 1981 through 1986.

Even though Renault sold cars in the United States through 1991, the R5 Turbo was never sold here, though a handful were imported by Sun International in the early 1990s, one of which just surfaced on car auction site Bring a Trailer on Tuesday, for sale by a dealership.

This car is no regular R5 Turbo, however; it's an R5 Turbo 2 Evolution, and number 49 of the original 200 vehicles required for the R5 Maxi Turbo's FIA Group B homologation. Classic Driver reports that these "8221 chassis" homologation cars differentiate themselves with an aluminum roof, alloy doors, and upgraded engines using a different turbocharger, modified cylinder head, head gasket, and crankshaft, as well as a rocker adjustment bolt.

Number 49 here was acquired from its original U.S. owner in 2002, and it has accrued a mere 13,715 miles in its 33-year life. It received a full fluid service in February (time for another oil change), and is mostly factory, aside from some mild functional modifications, comprised of an adjustable boost controller, aftermarket boost gauge, oil gauge, upgraded brakes, and Devil exhaust.

Those interested in making a move for this quirky rally classic should be ready to sell off a kidney or two; early bids have already pushed the price to $36,000. No R5 Turbo 2 has gone for less than $63,000 on Bring A Trailer, and no Evolution homologation cars for less than $95,000, as paid for an 18,000-mile example in October of 2017. Considering this car has still fewer miles, we'd be surprised not to see it crack six figures.