Someone mashed together a VW Beetle and a Cessna 172. 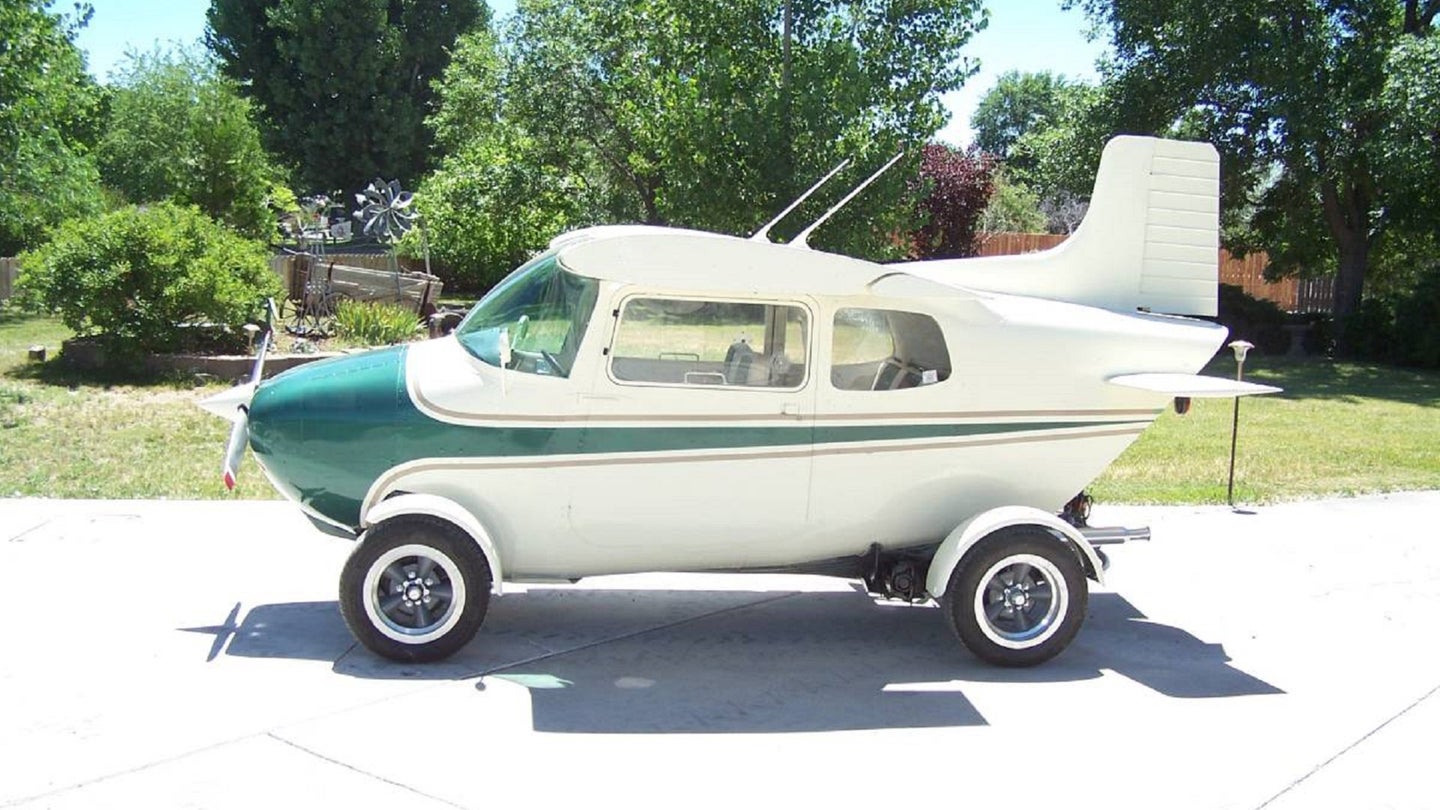 I have always wanted to learn how to fly, but for numerous reasons, I never got around to it. If you're like me and want more than to just watch AirForceProud95 troll Microsoft Flight Simulator sessions on YouTube, this airplane car thing for sale on Craigslist might be just the buy for you.

The seller says this used to be a 1968 Volkswagen Beetle in a past life and is still titled as such; however, the body has been replaced with a 1959 Cessna 172. It has been truncated a bit, with a shorter tail and small stubs for wings, so even now we still don't have our flying cars. But that doesn't matter, because not only does this car look like a Cessna on the outside, it also retains the Cessna interior.

The aircraft controls have been replaced with the Beetle's steering wheel and pedals. The large fan at the center of the dashboard may be even more effective than the Beetle's original climate control system. Even the original gauges are retained, although one of them has been replaced by the Beetle's integrated speedometer and fuel gauge. Other than its different size it looks right at home in the Cessna's dashboard.

The rear is the only part that doesn't closely resemble the original airplane. It gets its own unique treatment, with the original Beetle engine displayed in a chrome platform. Inelegant trailer lights supply rear lighting, in contrast to the headlights neatly integrated into the Cessna's front grill around the fake propeller.

The seller is asking $25,000 for this unique creation. Is it worth it?