A stunning piece of automotive history can be yours for $130,000. 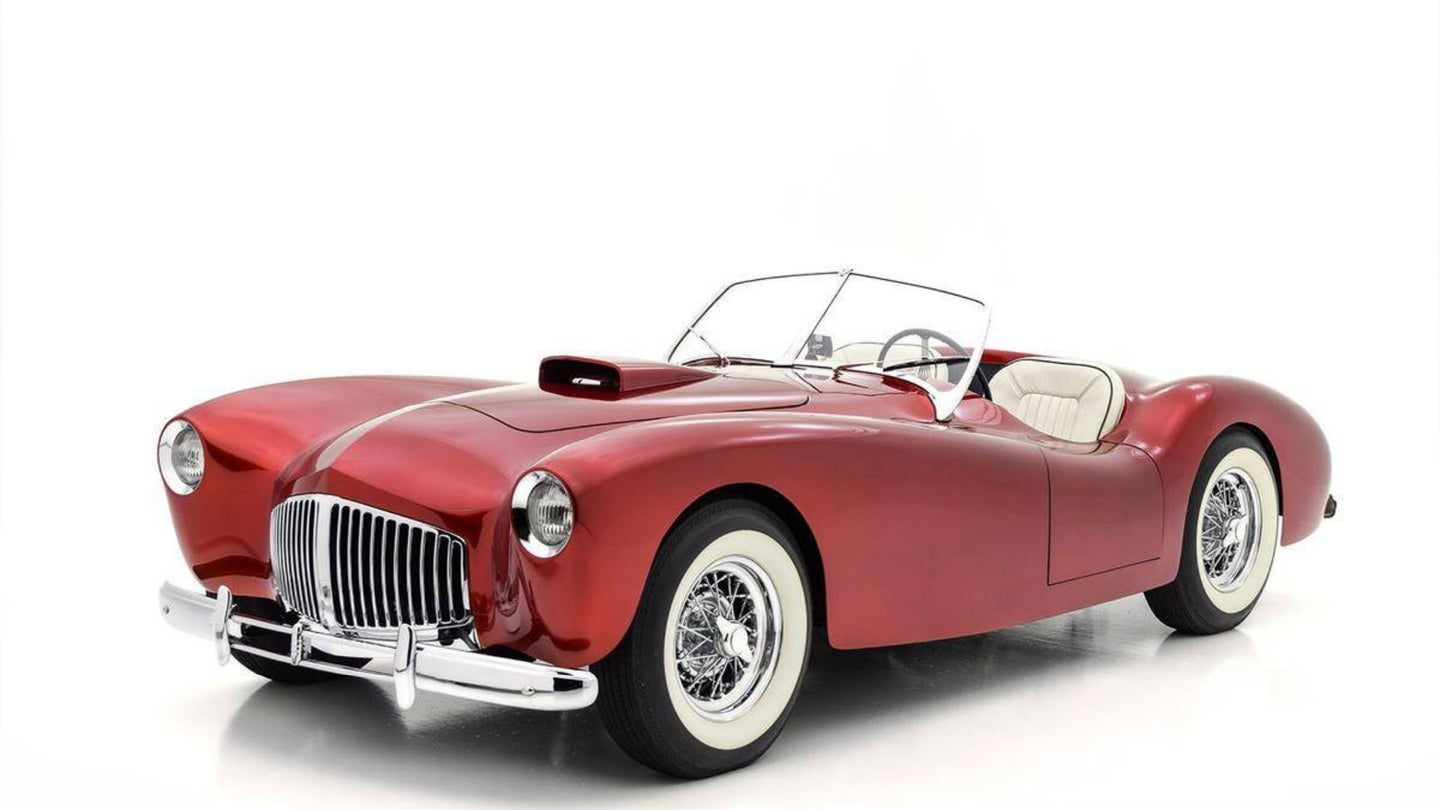 A gorgeous piece of mid-20th Century American art is for sale. The restored, and extremely red, 1953 Glasspar G2 is offered at $129,500 by Hyman Limited Classic Cars in St. Louis, Missouri.

Designed by a California boat builder named Bill Tripp, the Glasspar was highly influential in its day.

An early version of the G2, originally called the Brooks Boxer, was running in 1951. It was one of the first fiberglass sports cars on the market, beating competitors like the Chevy Corvette (introduced and released to dealers in 1953) and the Kaiser Darrin (introduced in 1952, but not production-ready until 1954).

Glasspar built cars for other manufacturers, but the G2 was only offered until 1954.

Tripp is considered a pioneer in the kit car industry because he designed his sports car to accept a range of American V8s, and sold most of his production run without powertrains so customers could add their own. Weighing barely a ton and with the engine set largely behind the front axle for balanced weight distribution, the G2 was one of the best performers of its day.

This formula—putting a big V8 into a small, lightweight two-seater—would be employed again a decade later in the legendary Shelby Cobra.

The G2 was built to a high standard, with hand-laid fiberglass and top-notch fit and finish. No two of these Glasspars are identical, and only about 10 were sold as complete vehicles, according to a history of the marque at Forgotten Fiberglass. This particular car is one of those 10.

Its stunning white and black interior is set off by an engine-turned aluminum dash. The car is equipped with a three-speed manual and a 331 cubic-inch Cadillac V8 putting out nearly 200 horsepower, according to the seller. Hyman notes that the sleek G2 combines "hot rodder ingenuity with high-tech sports car engineering."

Considering that the Cobra has sold for up to $14 million at auction, the G2's sub-$130,000 price tag seems like the bargain of the century.