No Really, You Can Now Get Plaid Seats in Your 2019 Volvo V60 Wagon

Volvo is now adding a cool retro touch to the modernly designed cabin. 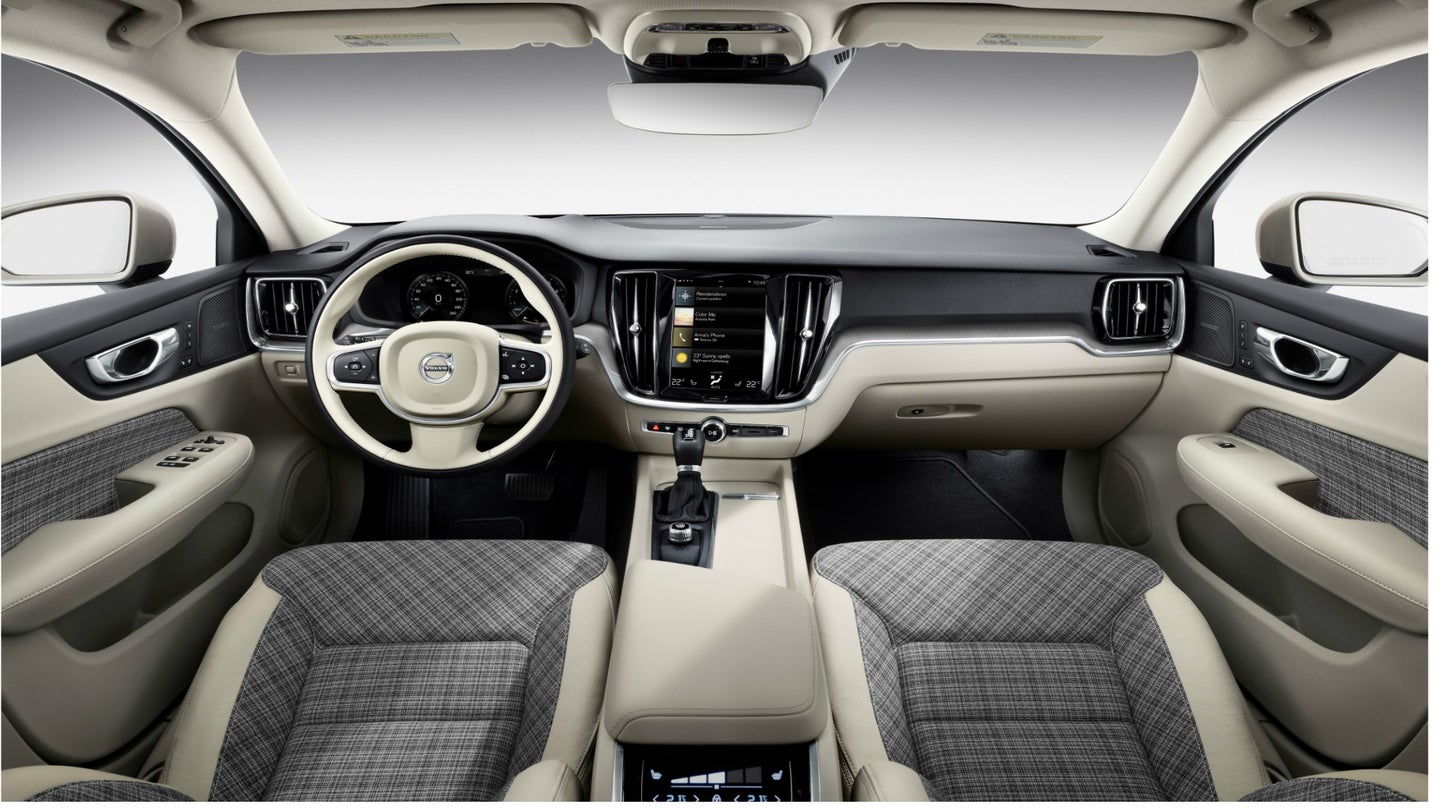 Volvos are known globally for two things: their stylish wagons and well-crafted interiors.

Crossovers and SUVs are currently dominating the automotive market in the United States. However, executives at Volvo Cars U.S. believe that there is still some room left for stylish and practical wagons like the V90 and the all-new 2019 V60. The latter is the second-generation of the compact wagon with the first iteration being introduced to the North American market in 2014. The V60 borrows a heap of exterior and interior design elements from the V90; however, the proportions of the V60 give it a more traditional silhouette than its big brother.

Now, Volvo is offering an old-school interior upholstery option called "Blond City Weave Textile Upholstery,” which is Volvo speak for plaid seats. When equipped, the upholstery gives the modern cabin of the V60 a unique touch compared to the typical high-grade leather. The plaid seats can currently be configured into your 2019 Volvo V60 but it is only available on the entry-level Momentum trim.

At launch, the 2019 Volvo V60 will only be available in two trim levels: Momentum and Inscription. Regardless of the chosen tier, all U.S. bound V60 models will be powered by the turbo and supercharged T6 2.0-liter four-cylinder motor as standard which produces 316 horsepower and 295 pound-feet of torque. Power is then sent to all four wheels via an eight-speed torque converter automatic transmission. A 390-horsepower T8 plug-in hybrid and a turbocharged T5 2.0L four-cylinder with front-wheel-drive or all-wheel-drive will be added to the V60 model range at a later date. Also, an R-Design variant is reportedly in the works and will join the existing two trim levels in the near future.

At the moment, Volvo has yet to announce the final pricing for the upcoming V60 model range.