There’s no chrome to be found on these premium SUVs. 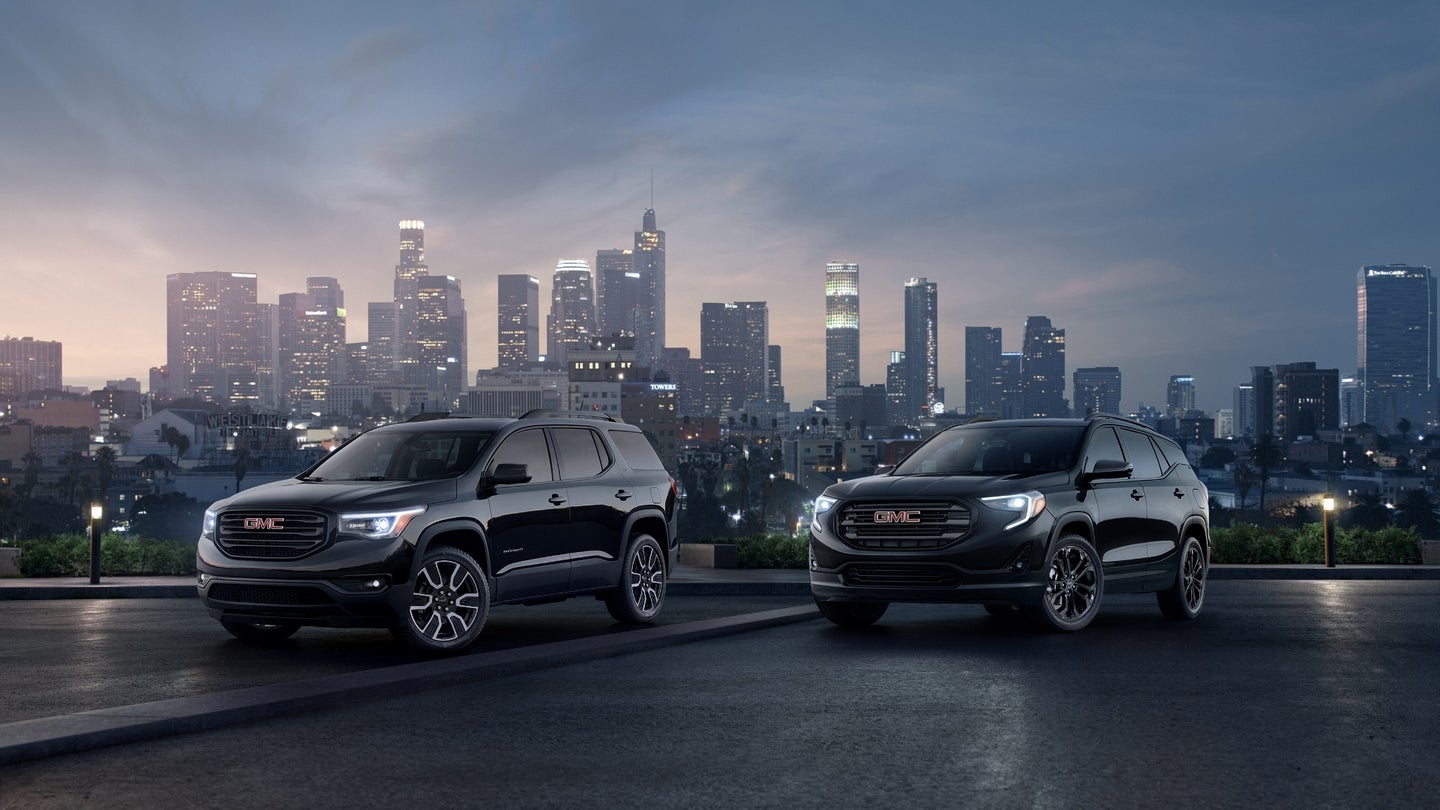 When GMC offers a new trim or option package on a truck or SUV, it’s usually to move it further upmarket and comes with a shiny grille, shiny wheels, and chrome accents all over. But that’s not the case for the all-new Black Editions for the Terrain and Acadia SUVs.

The Black Edition adds black wheels, black exterior accents like mirror caps, roof rails, and badging (except for the red GMC badges), and a black grille. For the Terrain, the option is available on SLE and SLT trims, and the only Acadia trim you can get it on is the SLT.

“The new Terrain and Acadia Black Editions perfectly capture the identity of the GMC brand by offering a bold and confident exterior appearance,” said Duncan Aldred, Vice President of Global GMC in a press release. “They give our customers more choices within the premium SUV segment to distinguish their vehicle and themselves.”

We reached out to GMC asking if there were any plans to bring Black Editions to more models in the GMC lineup and were told there are “no additional announcements at this time.” The new option packages on these two SUVs will make their live debut at the New York Auto Show next week.