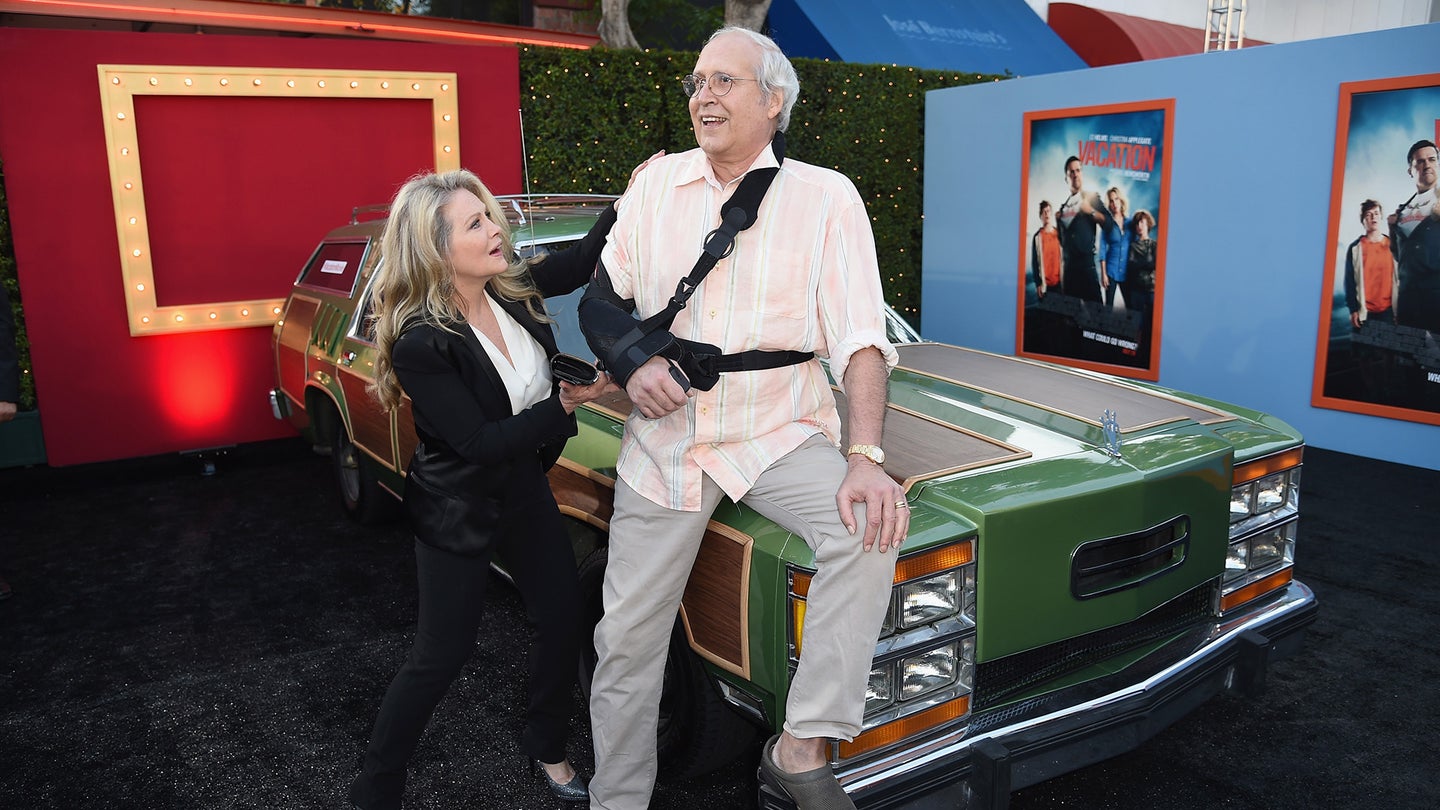 Actor Chevy Chase nearly had his vacation ruined earlier this month when he confronted another driver over a dangerous merge in New York—only to get kicked to the ground and end up sprawled out on the side of the highway as a result. And now, the man accused of the road rage assault claims it was Chase who started the whole thing, according to the New York Post.

The incident took place on Interstate 87 a few miles north of New York City back on February 9. A police report obtained by TMZ states that a 2015 Ram pickup allegedly merged into the middle lane and cut off the Mercedes that Chevy Chase was driving. Chase then followed the truck across the Governor Mario M. Cuomo Bridge and flashed his lights until both vehicles eventually pulled over.

What happened next wouldn't look out of place in a National Lampoon film. Chase then got out of his car to argue with the other driver, 22-year-old Michael Landrio, who took Chase down with a kick to the shoulder when the confrontation grew physical. Several other drivers then stopped to intervene, and Landrio was arrested and charged with second-degree harassment.

Of course, those are just the basic facts, and both Chase and Landrio have offered up different accounts of what really happened on that cold winter's day. In the police report, Chase states that he thought the truck had clipped his car and wanted Landrio to stop so they could inspect the damage. He also claims that the fight was sparked by one of the truck's passengers flipping him off—he replied with a comment about busting someone's nose if he was younger, at which point Landrio allegedly attacked.

Landrio's version is a little different. He told the New York Post that he and his friends had no idea why a car was suddenly following them and flashing its lights, and that they were scared Chase was going to cause an accident. When they pulled over, Chase allegedly started screaming at them, asking them if they knew who he was and threatening to ruin their lives. Landrio says he didn't know who Chase was at the time, and that the 74-year-old actor tried to punch him before he delivered that fateful kick.

It's not as bad as ending up underneath a semi-truck, but this closing line from Landrio might be the ultimate parting shot.

"I looked him up on Google and I still didn’t know who he was," he said to the Post. "He didn’t look like he looked when he made his movies."