The Bullpen Cart is Coming Back to Major League Baseball

The Arizona Diamondbacks will bring back the baseball-shaped golf cart to drive in relief pitchers this season. 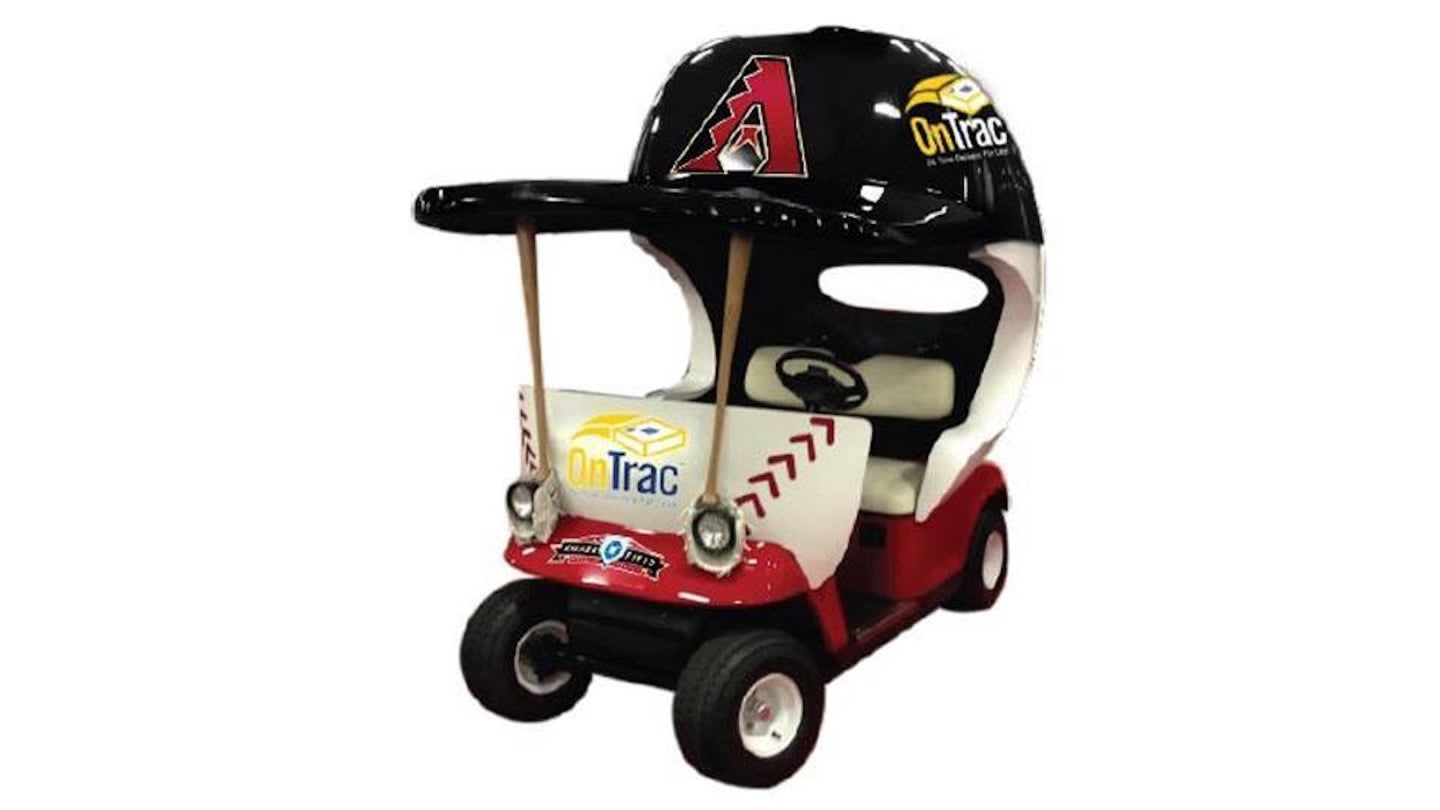 Gone from the game for decades, the bullpen cart is making a comeback to Major League Baseball thanks to the Arizona Diamondbacks.

The team announced on Tuesday that they will be using the OnTrac Bullpen Cart to transport relief pitchers from the bullpens to the mound at Chase Field during the 2018 season.

The Cleveland Indians were the first Major League Baseball team to use a bullpen cart. The "Little Red Wagon" made its debut in 1950. Many teams from the rest of the league began using carts to bring pitchers on to the field during the '60s, '70s, and '80s.

However, the bullpen cart soon disappeared from the field altogether back in the 1990s. Its last known appearance was in 1995 when the Milwaukee Brewers used a motorcycle (not a golf cart) with a sidecar.

Now, more than twenty years later, the Diamondbacks are getting the cart back on the field—this time with a sponsor, OnTrac. The company is in the regional shipping services business, and their logo will be prominently displayed on the cart's "helmet."

"We have been working on this idea for several years, and there's no more appropriate time to bring back the bullpen cart than this season, as we celebrate our 20th anniversary. Fans of baseball in the 1950s, '60s, '70s, '80s and even the '90s enjoyed watching their favorite players emerge from the bullpen in various vehicles, and we're excited for this special delivery to come to Chase Field," Diamondbacks team president and CEO Derrick Hall said in a news release.

The players will not be forced to use the carts when entering the game, and may continue to walk or jog out to the field on their own, according to ESPN. The carts will be offered to both teams, and will drive from the bullpen to the warning track before making a final stop at the dugout.

Ever heard of a rental?