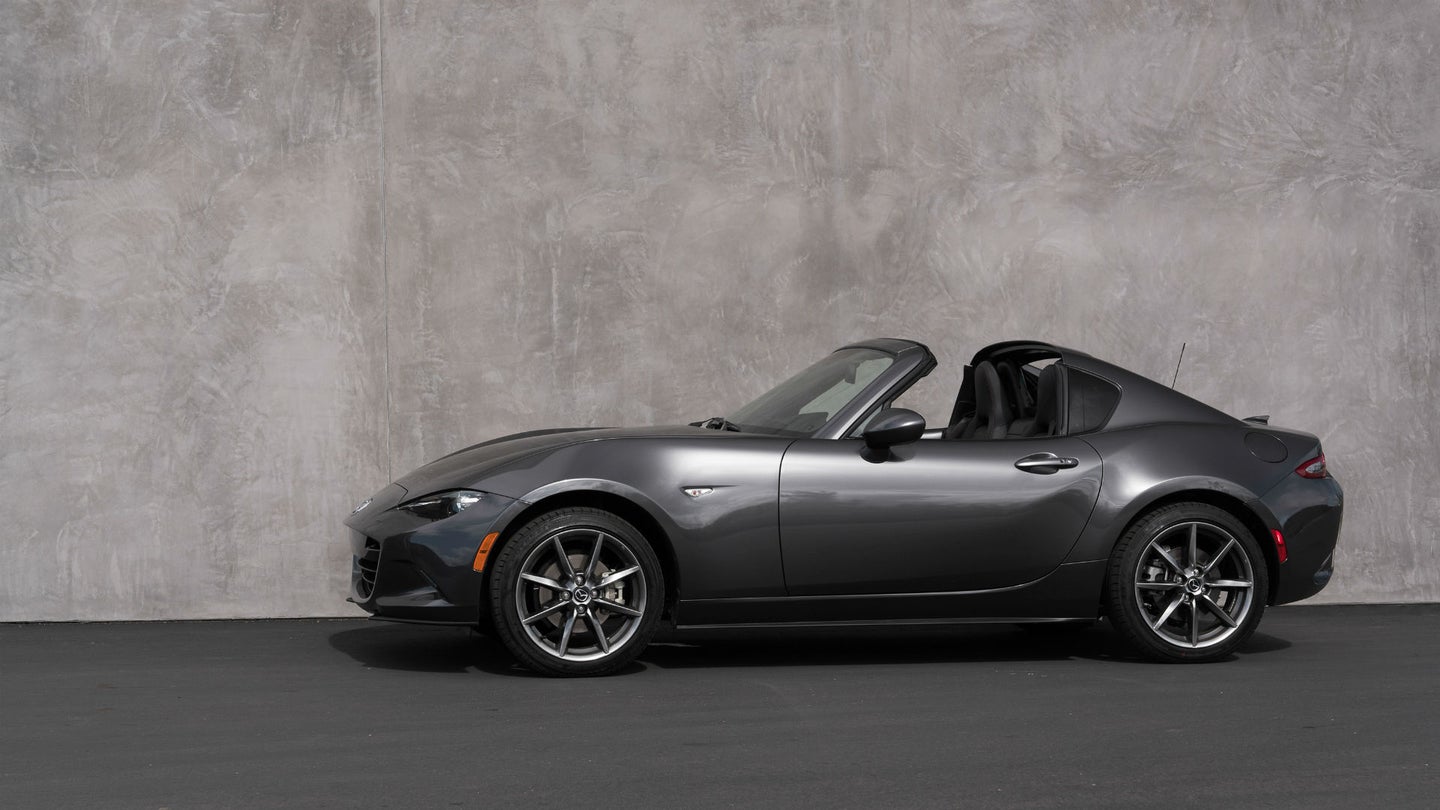 Mazda has announced a change for the  2018 MX-5 RF at this year's Chicago Auto Show. Twenty-nine years ago at this very event, the public got its first glimpse of the MX-5 Miata, the plucky little roadster that would go on to define the brand. It's only appropriate that Mazda would continue to announce changes for its darling sports car at the annual Chicago event, North America's largest auto show.

Excluding destination charges, prices for the retractable hardtop Miata start at $31,190, but a fully-loaded MX-5 RF equipped with a six-speed automatic transmission will cost $34,125. Unlike its soft top sister, the RF's base trim starts with the Club, followed by the Grand Touring specification.

While the new soft top Miata has been out since December, the updated MX-5 RF will be available later in February.