There’s a New Lamborghini Halo Car Already on the Way 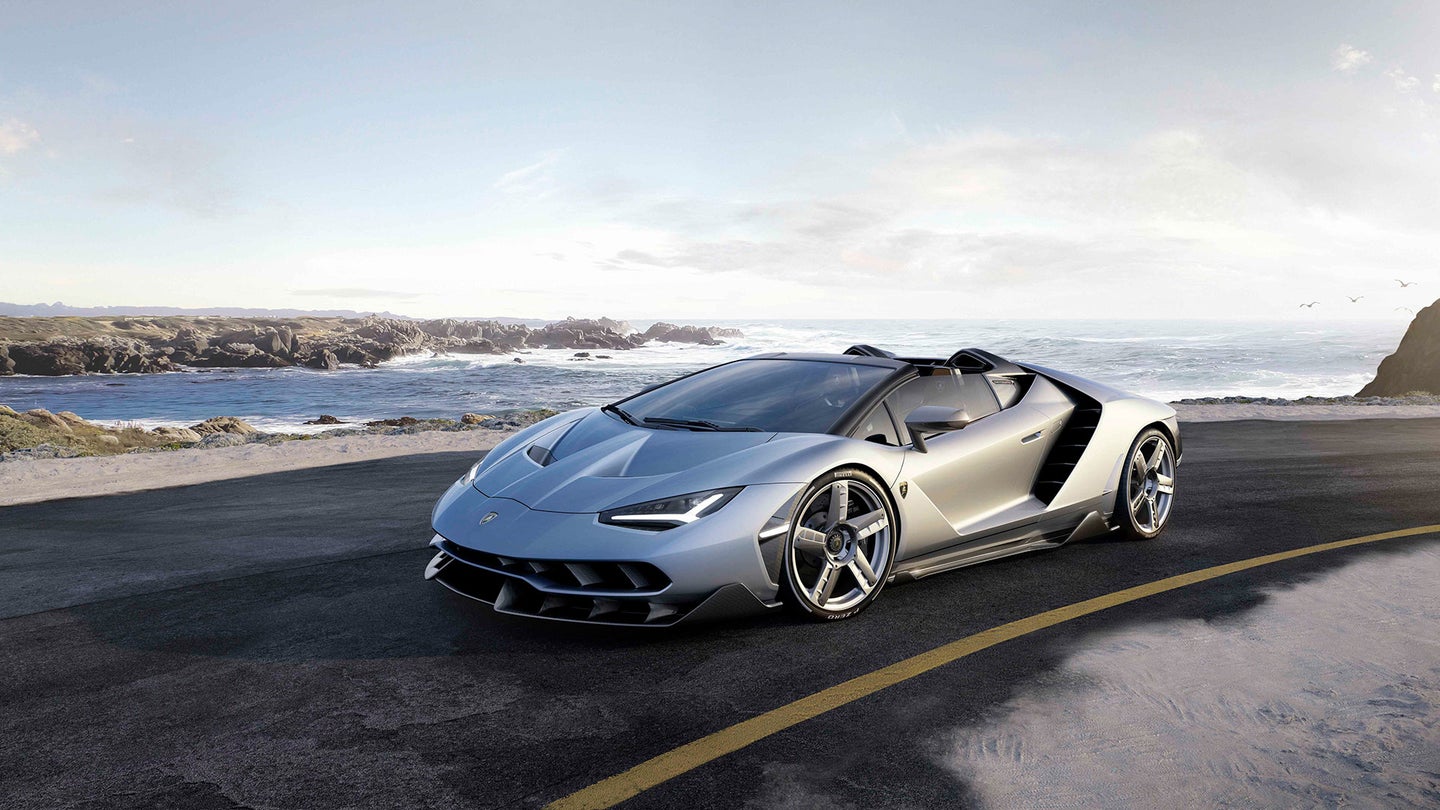 While its production supercars might bring in the sales, Lamborghini's hypercars like the Centenario are responsible for, well, building hype. Starting with the Reventon 10 years ago, Lamborghini began building limited-production, insanely-expensive exotic cars to give consumers a sneak peek of technology and design features that would be present in future production Lambos. For instance, the Reventon's design directly-influenced that of the Aventador, and the Centenario's four-wheel steering paved the way for the Aventador S. With the Centenario's mission complete, it's time for the company to say addio to its most recent creation and begin work on a new "one-off." As it turns out, Lamborghini has already begun.

Lamborghini's Development and Research Director Maurizio Reggiani told CarAdvice Wednesday that the Centenario's successor is indeed on the way. Speaking at the Frankfurt Auto Show this week, Reggiani explained that Lamborghini will unveil a prototype of the car to its most loyal customers shortly, with an official debut scheduled for Geneva next March.  Following in the Centenario's footsteps, Reggiani is confident that the new hypercar will sell out as soon as it's revealed.

While nothing is known about the new "one-off," CarAdvice speculates that it's the preview hypercar for the long-awaited Aventador successor, which is set for production in 2020. As with the Aventador's child, the new halo car will definitely enjoy a 12-cylinder engine, either naturally-aspirated or with the Urus' hybrid technology.

It's unclear if the new hypercar will feature design elements or cutting-edge technology from the upcoming flagship Lamborghini, but it's safe to say that we won't need to wait 3 years to get a glimpse of the Aventador-killer once this vehicle is out.