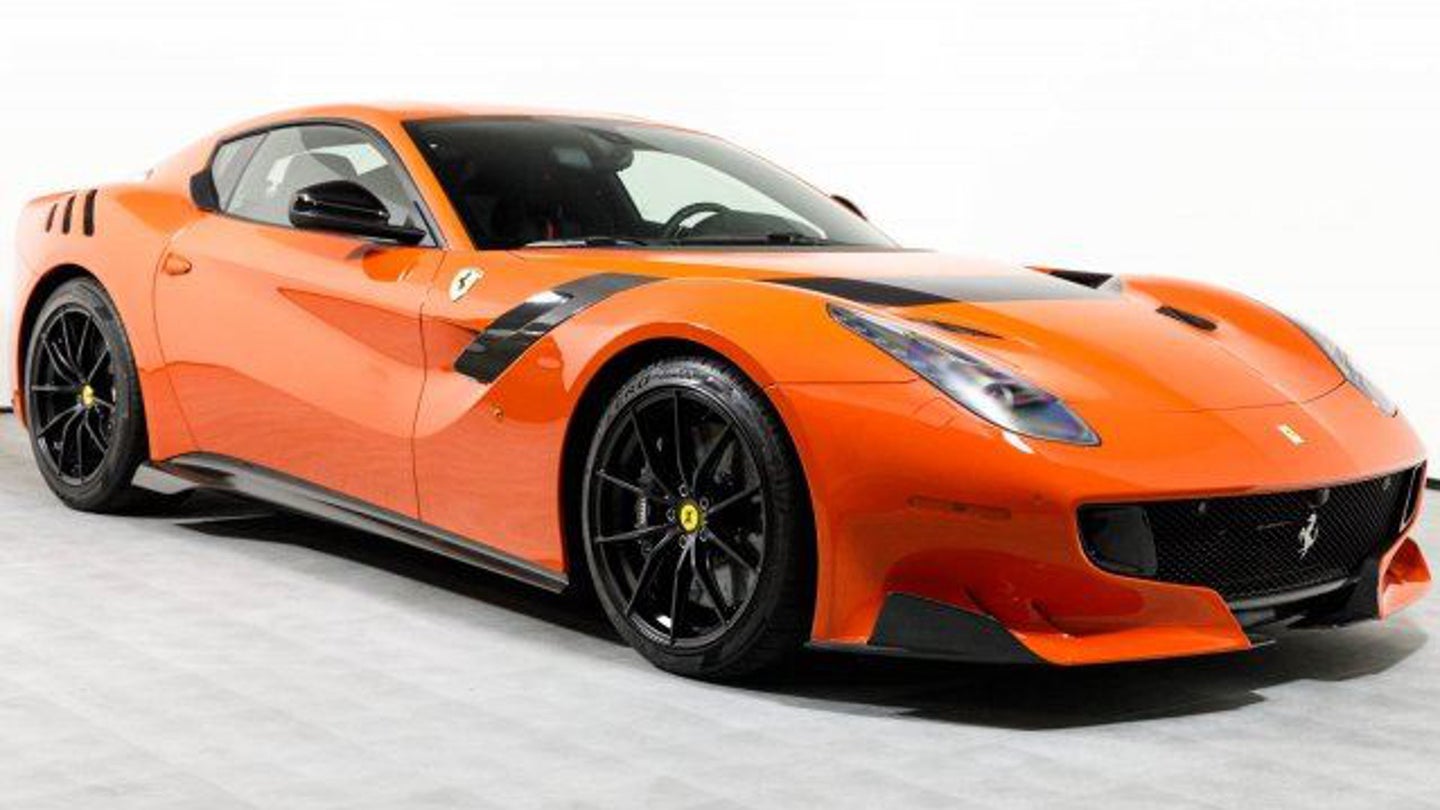 IndyCar driver Graham Rahal knows a thing or two about fast cars. The 28-year-old has amassed quite a rotating collection over the years that's included everything from a Ford F-150 Roush Raptor to a McLaren 650S to the 2005 Porsche Carrera GT that Paul Walker was riding in on that fateful day. And now's your chance to snag one of his finest cast-offs: a Rosso Dino 2016 Ferrari F12 TdF. Presuming you've got a spare $1.4 million, that is, but don't we all?

Rahal's given several interviews where he's talked about swapping out the cars in his garage pretty frequently, so it shouldn't be taken as a knock against this 770-horsepower Itallian stallion that he's flipping it in less than a year. He also wrote on Instagram that he was the second owner, and the "first guy made the [money]." Then again, the TdF's old-school, knife-edge nature isn't for everyone.

The Ferrari F12 TdF is an homage to the automaker's unapologetic supercars of the past, beautifully balanced but also brutally quick to remind the driver who's really in charge. It was an extreme version of the regular Ferrari F12, with a stronger engine, a sharper seven-speed dual-clutch gearbox, a four-wheel steering system, redesigned aerodynamics, and of course, more lightness. The TdF moniker is a reference to the old Tour de France auto race, specifically the Ferrari 250's domination in the postwar years.

That's a lot of history wrapped up in a phenomenally quick package. The F12 TdF rockets from 0-60 mph in under three seconds, posting a lap time on Fiorano test circuit that was just 1.3 seconds shy of the Ferrari LaFerrari. It makes sense that Ferrari's famously exclusive selection process limited the original 799-unit production run to buyers who already had at least five Ferraris in their garage. Thankfully, you, the lucky third owner, won't have to deal with any of that nonsense.

And in a way, you're getting a pretty good deal—last summer, a white-on-red Ferrari F12 TdF sold for $1.55 million, and that was without the IndyCar pedigree.