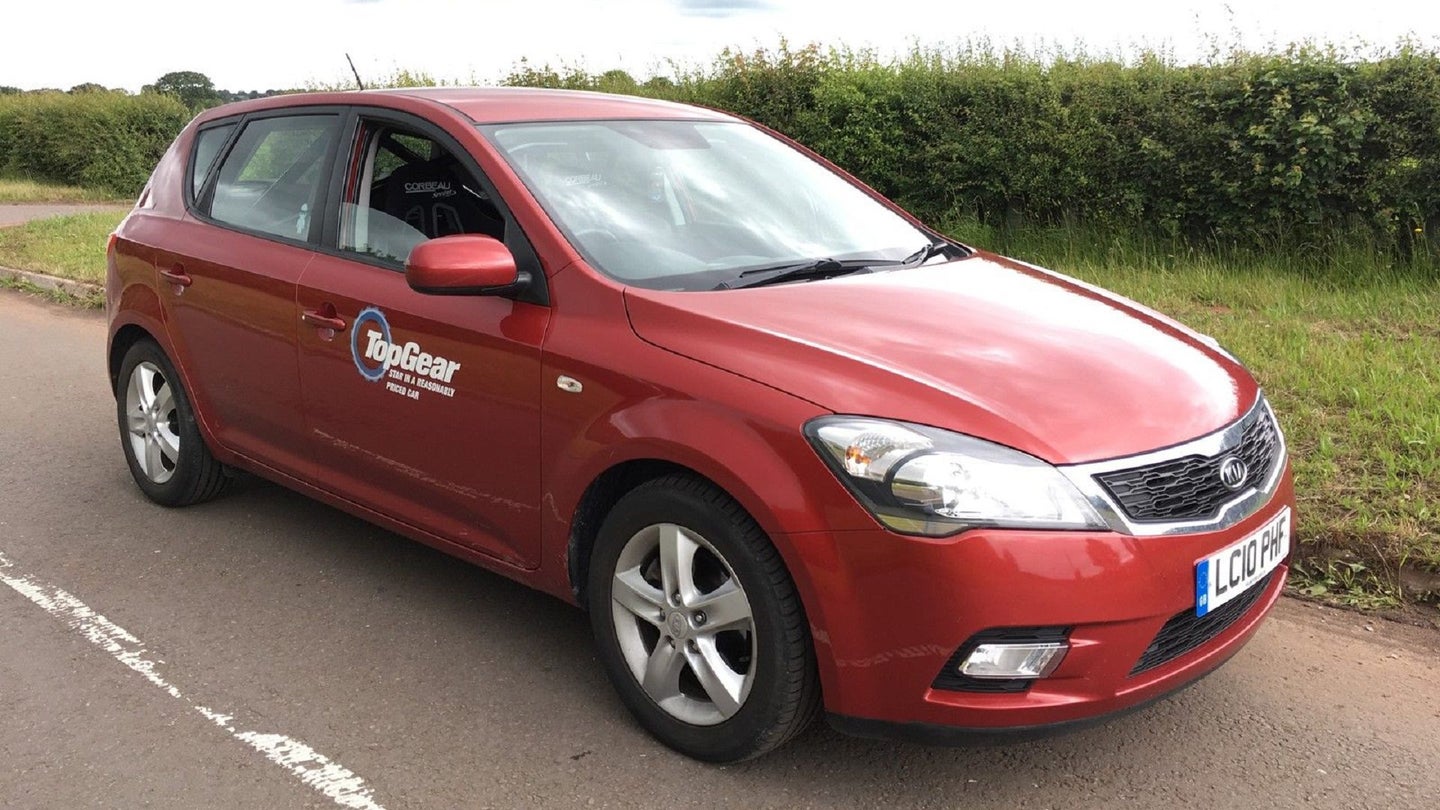 Have you ever wanted to try your hand at being a Star in a Reasonably-Priced Car? Well, as long as you figure out a way to sneak onto the old airfield at Dunsfold, now you can.

One of Clarkson-era Top Gear's former Reasonably-Priced Cars, the Kia Cee'd (or cee-apostrophe-d as it was christened by Jeremy), is now for sale on eBay. As of this writing, the reserve has yet to be met with a current bid of £3,354 (or about $4,274).

It only has 7,150 miles on the clock—4,000 of which is apparently of the private seller's own doing. The first 3,150 miles, as you've probably witnessed yourself, was spent pounding around an old airfield on TV by a roster celebrities of presumably varying degrees of mechanical empathy. A list that includes Tom Cruise, Cameron Diaz, Ron Weasley, Jeff Goldblum, friggin' Slash, Elon Musk beau Amber Heard, and Mr. Rowan Atkinson. The fastest celeb to lap the Cee'd? Some sitcom guy from the 90s. I think he got a job with Top Gear after the fact as a PA or something.

Despite the track time, the seller says the TG team was meticulous in its maintenance and that the car runs and feels like new. They did have to put high-liability movie stars in it every week, after all. It also comes with the roll cage, Corbeau racing seats, and accompanying harnesses that you've undoubtedly seen on screen. Unfortunately for your friends, that means no back seats.

But while you might not be able to pick many people up from the airport in it, you will attract quite a bit of attention if you do ever roll up in any sort of public place. As the seller puts it, "This car gets lots of attention, everyone wants to ask about it and take pictures. It's great fun."

Pair this Kia Cee'd with a white Simpson helmet and white Alpinestars racing suit, and you have quite the Halloween costume on your hands.