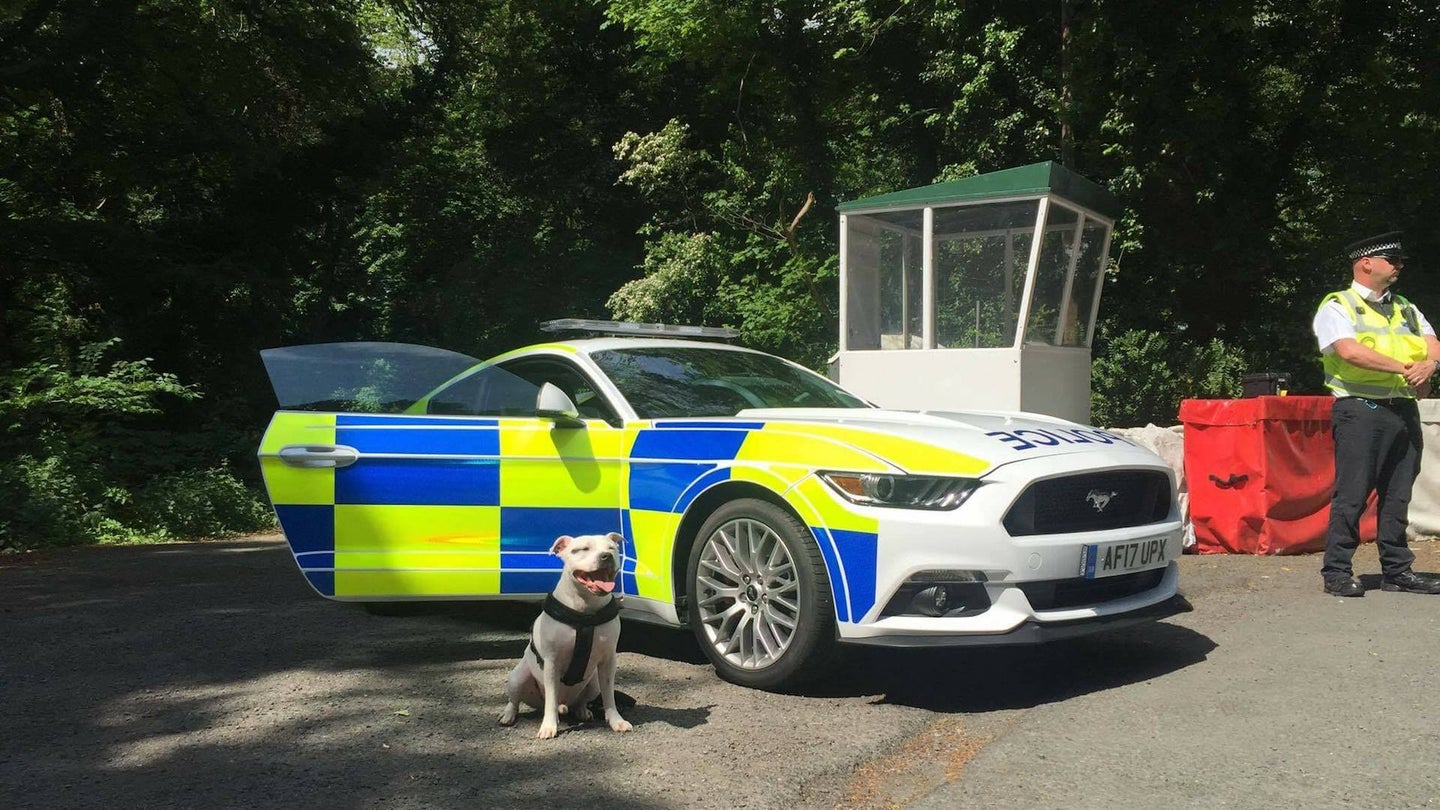 The Isle of Man Constabulary has brought on a handful of performance vehicles for police duty to help keep everything civilized during some of the most intense motorcycle racing in the world: the Isle of Man TT, which is happening this week.

The Policing Unit of the Isle of Man Constabulary has added a new Ford Mustang GT, a Focus RS, a BAC Mono, and an electric bike from Zero Motorcycles to its fleet. Usually, the Policing Unit uses cars like its BMW X5s and 5 Series models to keep the public civil, but for the big competition, it has grabbed some equipment that better aligns with the grueling racing that the department will be working alongside over the next week.

When BAC first announced it would be handing the keys to a Mono over to the Isle of Man police in late May, police chief Andy Greaves explained his excitement for taking delivery of the car.

“It’s a remarkable vehicle, and clearly will be of huge interest to bikers and car drivers alike," said Greaves. "We are here to promote safe use of the road, and it’s amazing how many people want to talk to you when this is your transport.”

BLADE Helicopters is Uber for Super-Rich People and Mark Higgins Dominates the Isle of Man TT: The Evening Rush

Plus, a bluetooth-enabled padlock and tasty suds from Coast Brewing Company.