For the wealthy elite who want their Maybach with more power and much less roof. 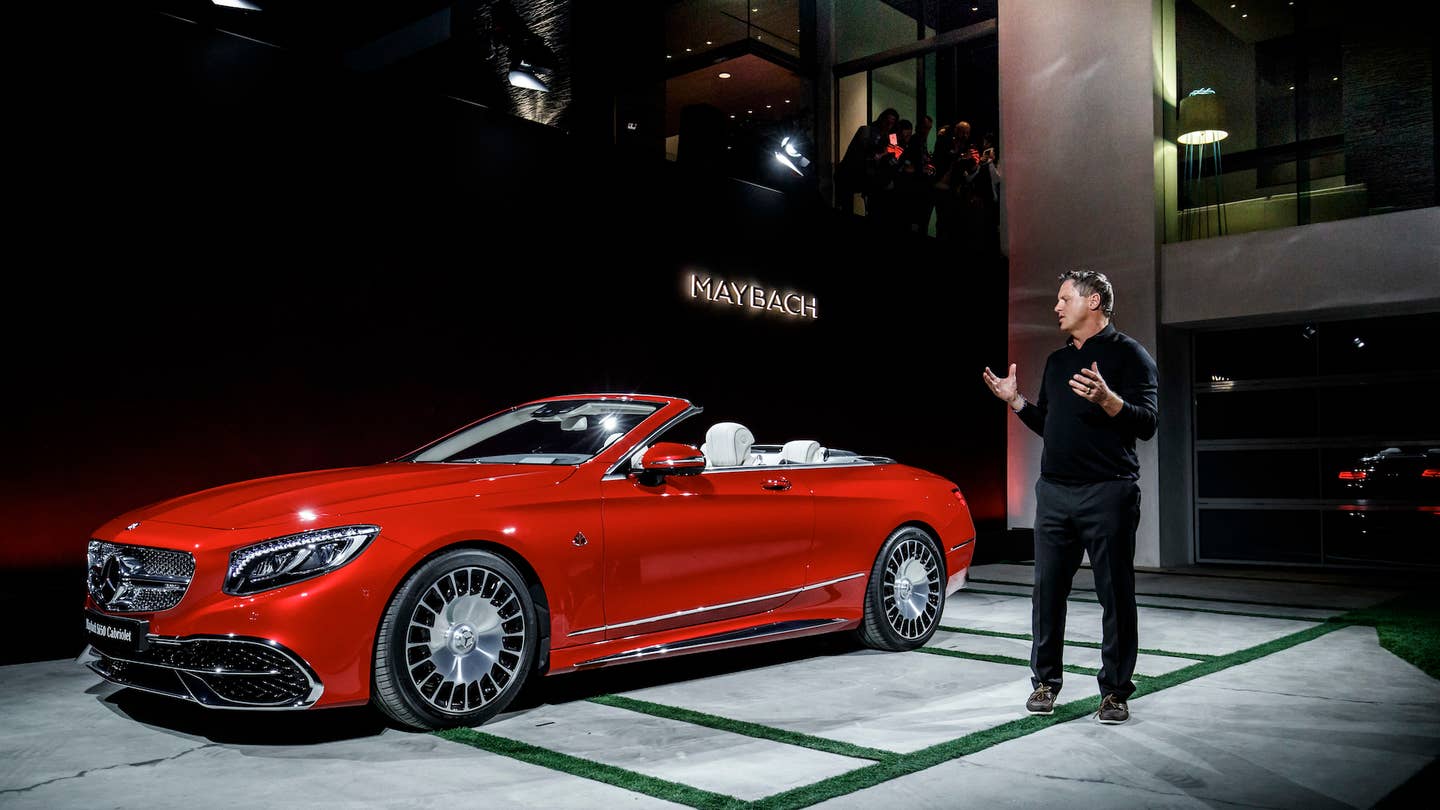 Mercedes-Maybach unveiled their sleek S650 Cabriolet at the Los Angeles Auto Show this week. The limited-production model is seriously up on the power, considering its 6.0-liter V12 twin-turbo engine has been tuned to crank out a robust 621-horsepower and 738 lb-ft of torque. For some perspective, while the cabriolet’s hard-roofed brethren, the S600, features the same 6.0-liter V12 biturbo, the sedan generates 100 less ponies.

Since the S650 may have a powerplant that approaches supercar territory, it’s fitting that it’ll be equally hard to obtain. A mere 300 models will be produced globally, with only 75 earmarked for the United States. Three themes are available to those 75 buyers, including Zircon Red paint with a porcelain and black interior, Cote d’Azur Blue paint matched with a porcelain and saddle brown interior and designoDiamond White paint coupled with a porcelain and Yacht Blue interior.

The four-seater Mercedes-Maybach S650 is based on the open-top S-Class, drawing plenty of design cues from the likes of the S-badged cabrios currently on offer from the Tri-Star manufacturer. Those include a dynamic silhouette with a soft-top, a sidewall dropping line which noses down towards the rear. The Maybach flourishes include a refreshed front fascia with a new bumper, an upgraded lower section and more chrome. Finishing the aesthetics off are 20-inch Maybach forged rims, a Maybach puddle logo emitted from the side mirrors, and plenty of Maybach logos affixed all over the interior and exterior.

There’s no word on performance numbers courtesy of that monstrous V12, but it’ll hopefully be quick. All those luxurious touches sound like they’ve added plenty of weight, so fingers crossed the power-to-weight ratio is good. The ride should be buttery smooth, thanks to the AIRMATIC suspension with steplessly variable dampers. All of that sounds lovely, but it doesn’t look like there’s a champagne fridge in the backseat, meaning you’ll need to bring your own cooler to chill your bubbly. How gauche.