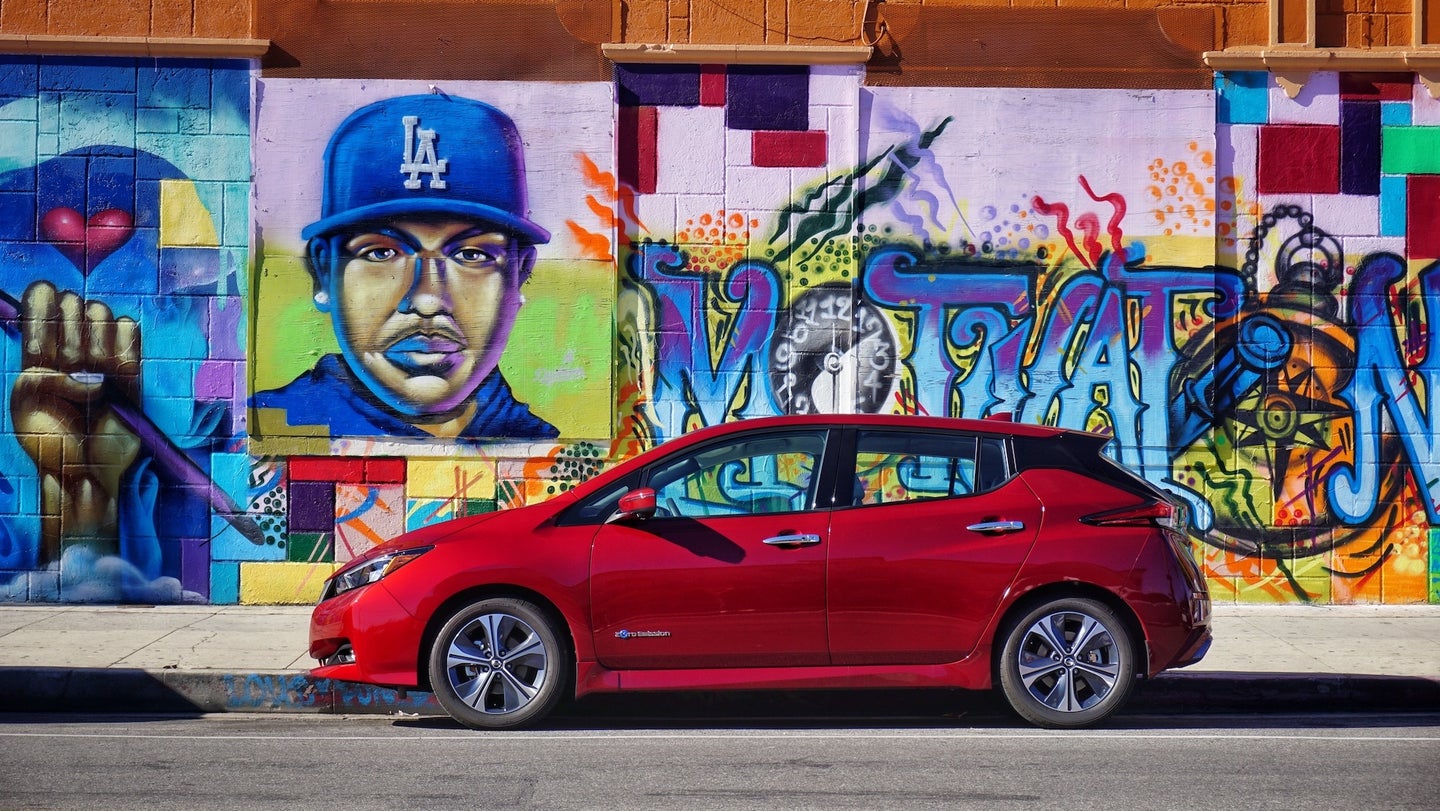 In many parts of America and elsewhere around the world, public perception of electric vehicles like the 2019 Nissan Leaf has gone from dumb to cool in less than a decade. Sure, Tesla and its sleek Model S, Model X, and Model 3 have had much to do with that—but the truth is, electric cars are now appealing to a wider demographics than ever, including ones that can't spend luxury-car prices on a fashionable EV.

One side effect of that, however, is more and more folks are being exposed to the drawbacks of owning a purely battery-powered automobile, like the potential cost and the scary-sounding "range anxiety." These issues are being addressed, as both automakers and battery suppliers develop newer, more efficient ways of mass-producing batteries and EVs—but range, charging infrastructure, and other such concerns can still play a major role in dissuading potential buyers.

So to see how those compromises play out in the real world, I decided to give the #EVlife a test by borrowing a Nissan Leaf for 10 days in Los Angeles.

I'm what you'd consider an electric car virgin, having managed to stay clear of EVs for years due to living in Indianapolis being too far from Chicago or Detroit (where my local press cars are kept) for automakers to send me one vehicle. As a result of testing it in a foreign city, though, my Nissan Leaf experience would be more interesting (or risky?) than if I performed it at home.  I spent my nights in LA in a variety of places, from hotel beds to friendly couches—which meant I had to pay meticulous attention to finding charging sources. Even though LA boasts a hefty network of EV-specific plugs, my goal was to minimize the number of times I used pricey, public fast-chargers. Instead, I wanted to try to get by with as many overnight charging sessions on 120-volt outlets as much as possible, the way owners likely would.

As you can imagine, it was a bit daunting to someone who had never depended on electricity to get around—no doubt just as it does to millions of people who might consider an electric but aren't really sure what to expect.

Let's start with the basics: The 2019 Nissan Leaf delivers 150 miles of range courtesy of its 40-kWh lithium-ion battery and 110-kW AC synchronous electric motor that powers the front wheels. Much like real-world miles-per-gallon though, this can vary. Turn into Mario Andretti, and your range will suffer. But it differs in some other ways, too: Unlike in a gasoline-powered car, using a feature as basic as seat warmers will steal a couple of miles of driving range. 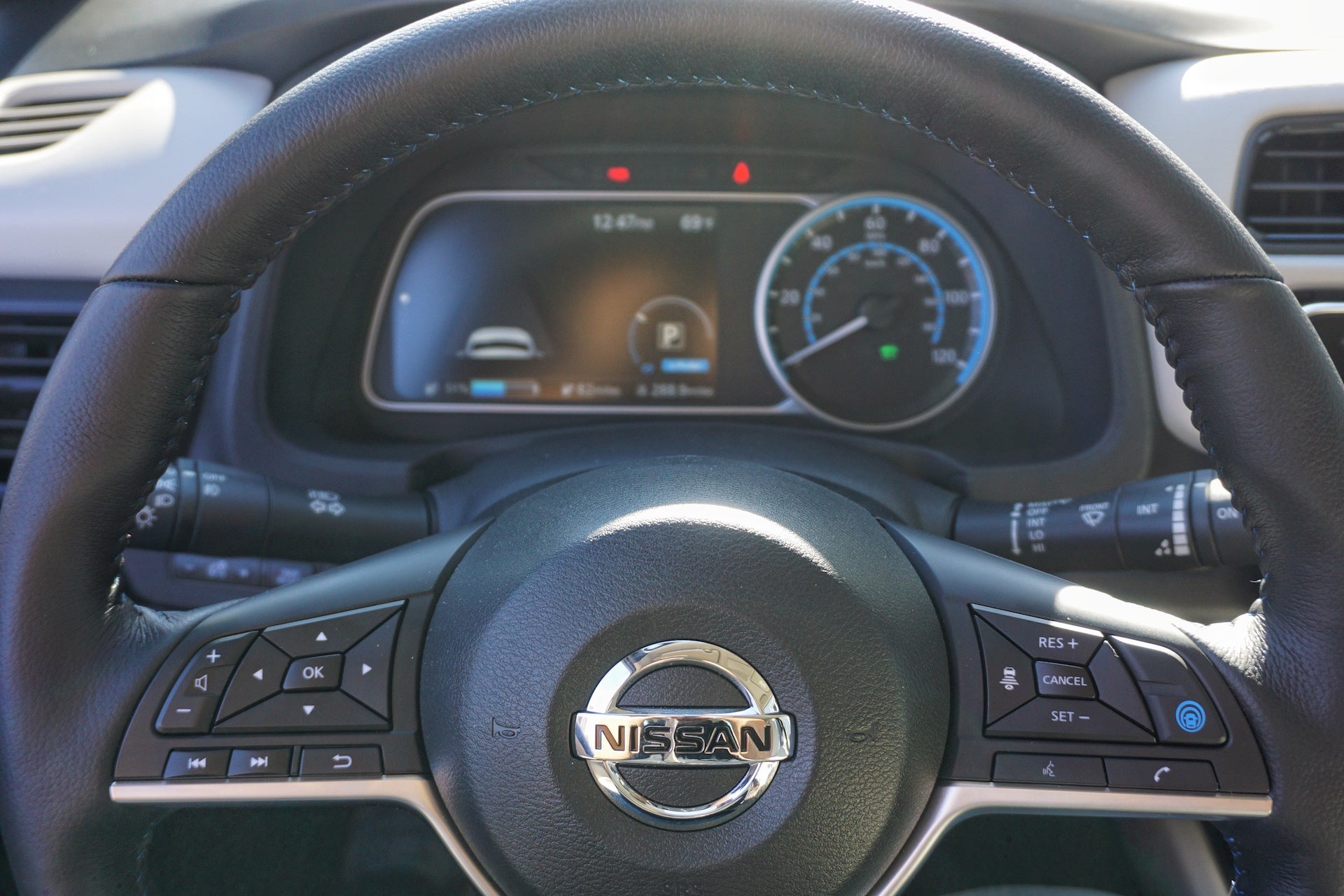 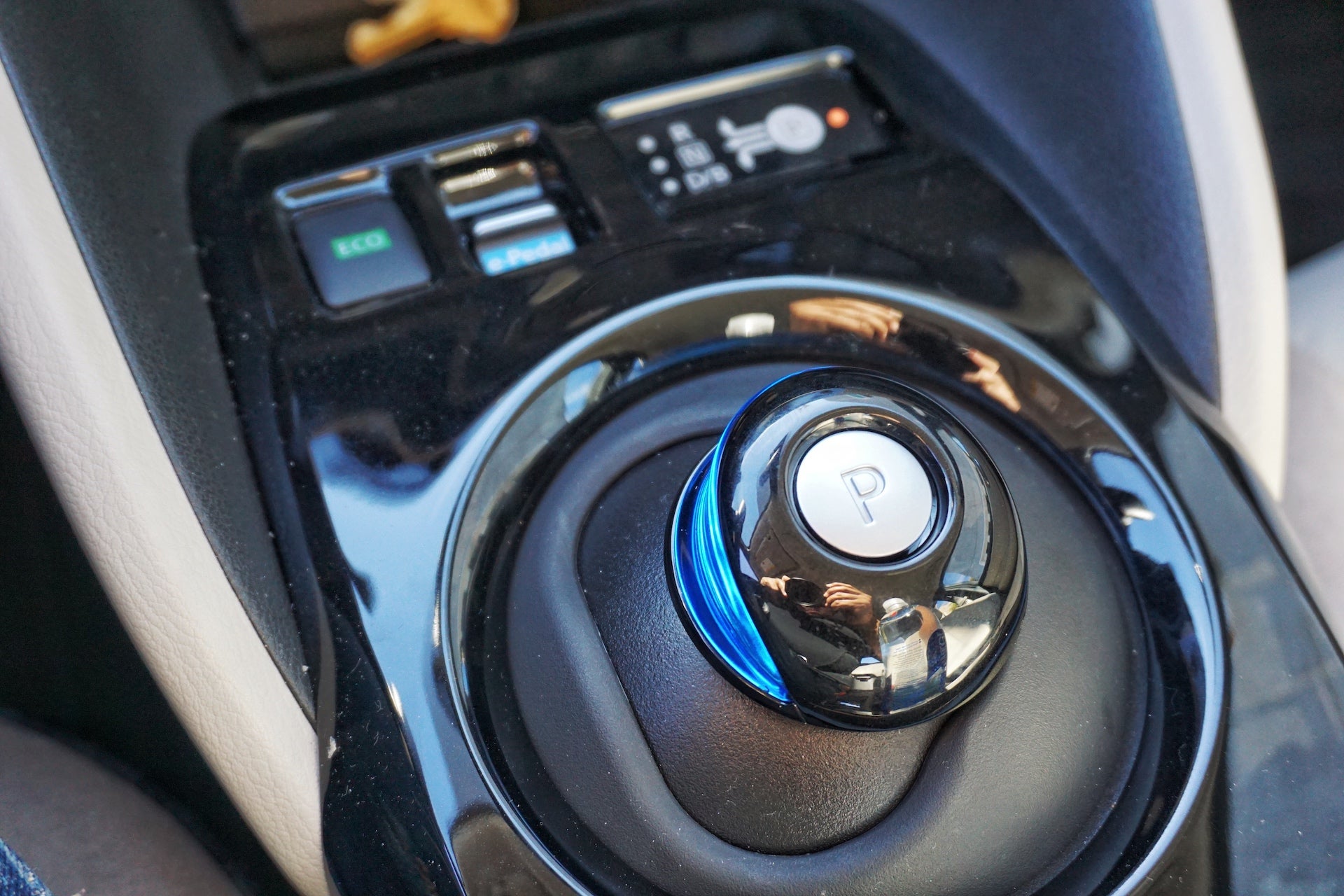 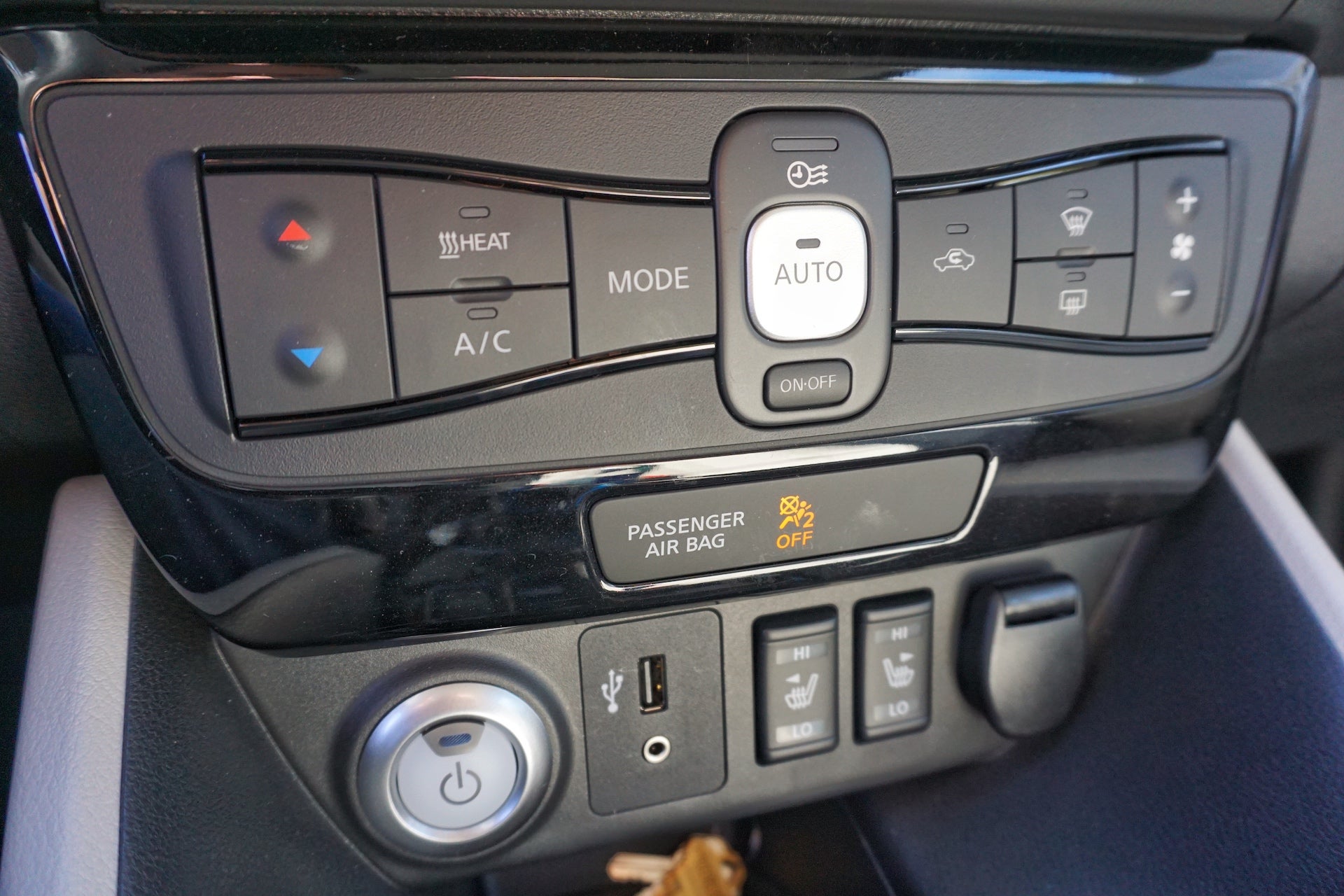 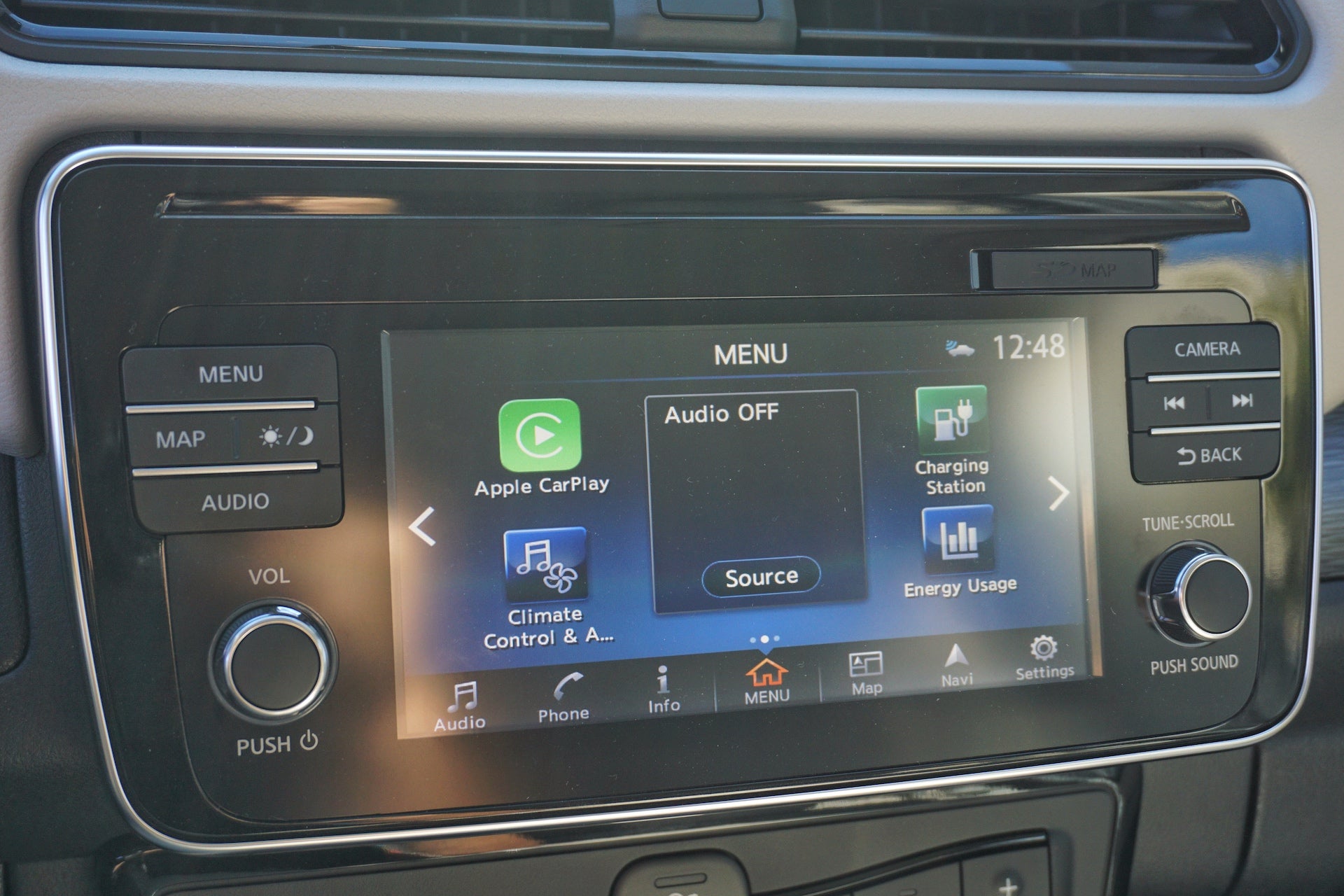 First off, nothing could've prepared me for "one-pedal driving." The Leaf is equipped with a feature called e-Pedal, which allows the driver to drive without touching the brake pedal under most circumstances. Press on the accelerator to go, like normal—but when it's time to brake, simply release the accelerator and the Leaf will slow and even come to a complete stop, all while making an oddly satisfying whirr. As weird as it sounds, it's surprisingly well-calibrated, and it's quite fun to use once you get used to it. While my first few hours with e-Pedal activated included a few oh crap moments, I eventually grew fond of it.

The lack of noise also warrants early mention. The human body is accustomed to the sounds and vibrations of a gasoline-powered car: when it starts; when it slows down; when it feels like it's going to stall, in the case of a manual transmission. As a little kid growing up in Mexico City, I watched my parents shift through the gears of a tachometer-free VW Beetle based on sound and engine feedback alone. Not hearing or feeling any ICE sensations can be downright disconcerting. 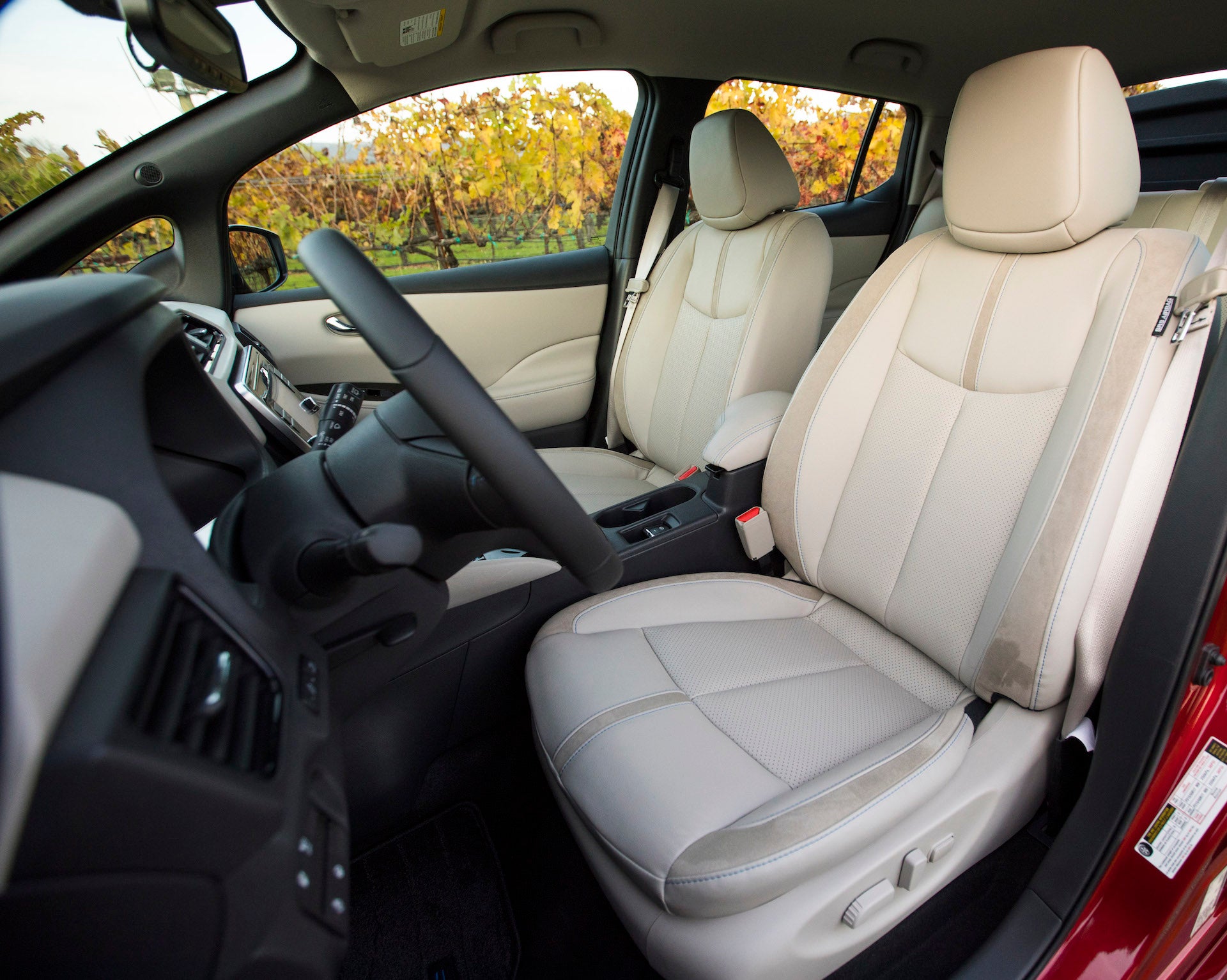 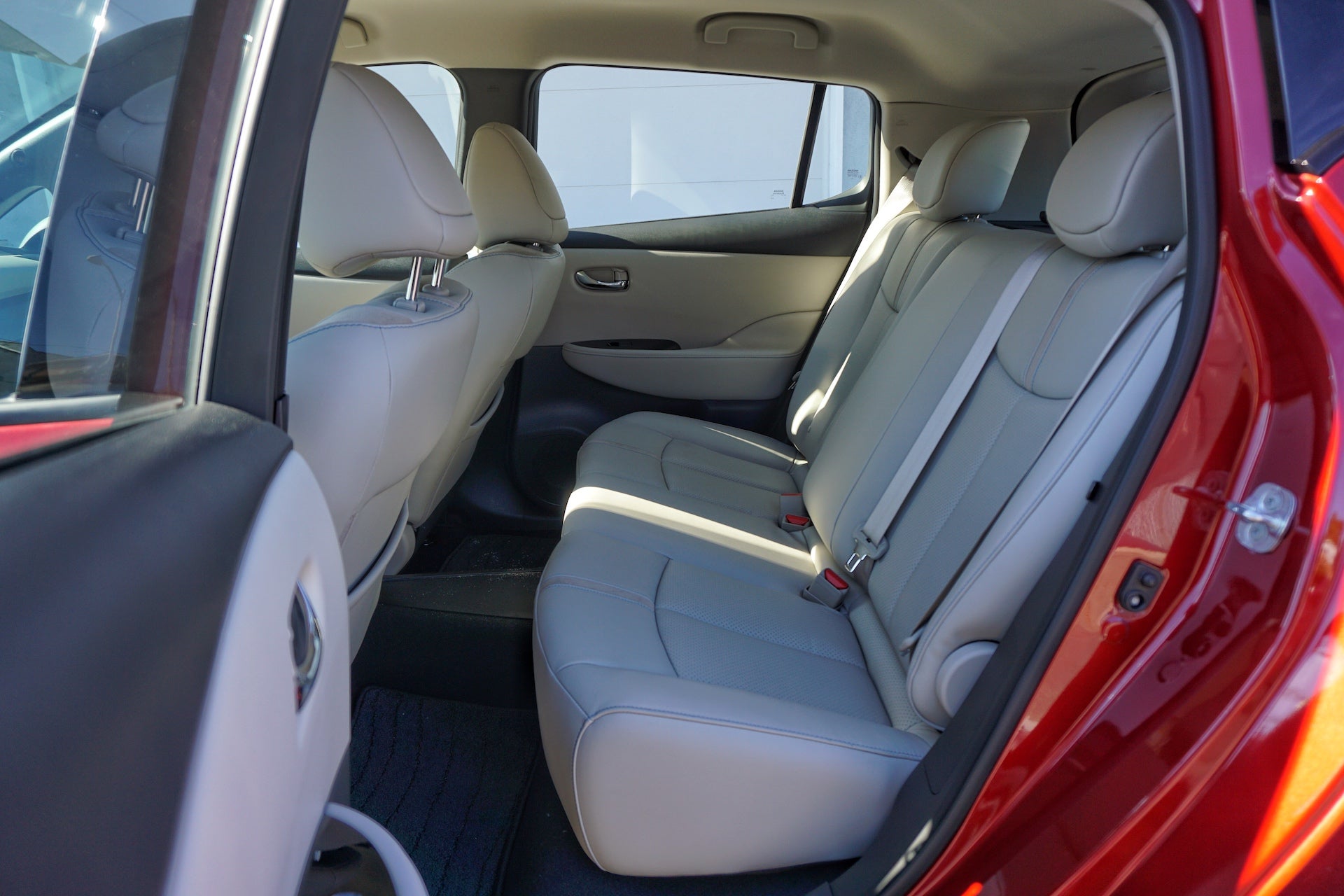 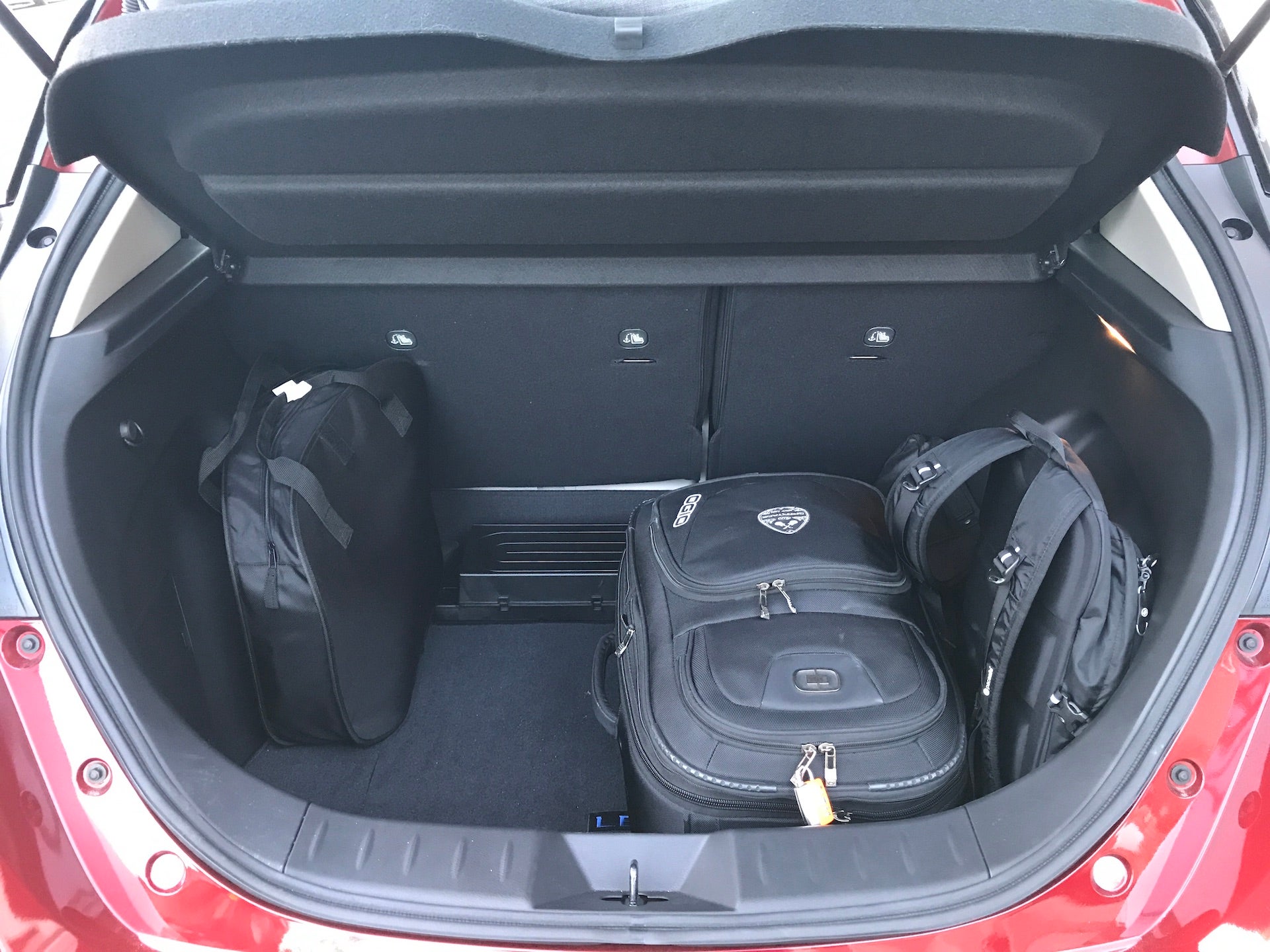 While commuting around LA only subtracted about 25-35 miles of range every day, I found myself paranoid about my ability to go places the first few days. If I had to meet someone for lunch or random dinner plans came up, I'd immediately wonder, "Can I get there?" and "Can I get back to my place?"

These thoughts, however, eventually subsided, and I managed to curb the anxiety. Even if the Leaf's battery was halfway charged, after all, I could still travel 75 miles—more than plenty to get most places in LA. Furthermore, I quickly learned that a crowded highway during rush hour was better for the car than an open road, as the regenerative braking from stop-and-go traffic oftentimes recouped a big portion of the range I'd used. I remember one specific example where I had to drive 17 miles to meet a friend for dinner, only to find I'd used just six miles of driving range by the time I arrived. That was when the epiphany happened: when I began to comprehend how one could daily-drive an EV without being a prisoner to range anxiety.

Time to Charge the Leaf

My first charging experience took place at the Los Angeles Convention Center, where I found a 240-volt Level 2 charger that was free for 30 minutes of use—meaning it'd start charging when I plugged in and stop half an hour later, whether I was around or not. I used that charger a total of four times over the course of 10 days, and depending on how much charge I had to begin with, I gained anywhere from 46 miles to 89 miles. (Batteries charge faster the more empty they are.) One morning I plugged in with 60 percent battery remaining, and 30 minutes later had an 82-percent charge; another time I plugged in with just 5 percent battery life left, only to have a 57-percent charge and 98 miles at my disposal after half an hour.

In addition to the four 240-volt charging sessions, I stole electricity from two friends of mine by plugging into their 120-volt outlets in their garages. On my first instance, I charged the Leaf for exactly 12 hours, gaining 71 miles of range; my second instance was much shorter, with the Leaf gaining approximately 15 miles in a couple of hours.

Could I Daily-Drive a Leaf?

While I had to make tweaks to my trip to accommodate driving a Leaf, none of them were too much to deal with. Sure, I had to do more mental math than in a gas-powered car, and more often than not I checked Google Maps for a shorter route to my destination—but to say I was inconvenienced by driving an EV would be a lie. The only inconvenience I encountered was the lack of a telescoping steering column, which hurt the Leaf's otherwise-good ergonomics.

In turn, applying this LA-found knowledge to my routine back home made me feel more at ease with the idea of owning an EV. My daily commute totals about 35 miles by the time I hang up the keys at the end of the day; at that rate, I could easily go about my business for at least three days before plugging in. (At home and overnight, no less.) Plus, it'd only cost a dollar to fully charge a Leaf at the off-peak rate posted by my electric company.

Whether the ultra-low cost to own offsets my tester's price of $38,610 (the Leaf starts at $29,990), that's up for discussion—but it's worth noting that, unlike Tesla, the Leaf still qualifies for the full $7,500 federal EV tax break. Furthermore, Nissan also throws in a "No Charge to Charge" card for all new Leaf owners, which allows complimentary fast-charging at EVgo-branded charging stations nationwide for up to two years.

The bottom line: After 10 days, 380 miles, six charging sessions, and many eureka moments, it turned out living with an EV wasn't as stressful as I thought it would be. In fact...Leaf life turned out to be pretty darn fun.