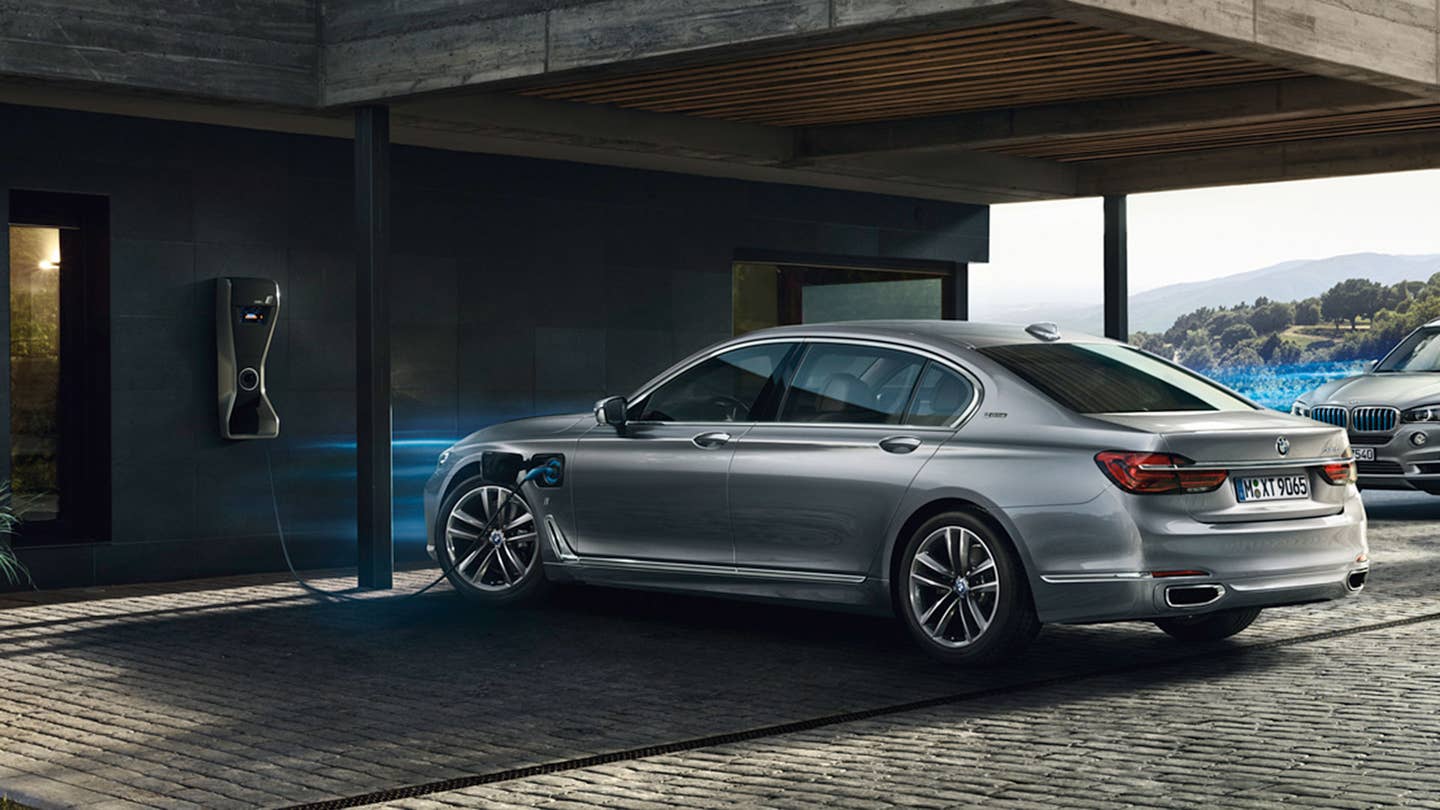 BMW broke the EV mold with the creation of its i lineup, and it’s now going to spread that i-onic love and technology through the core range. The iPerformance sub-brand will be introduced at the Geneva Motor Show, spearheaded by the new 740e, a plug-in hybrid version of BMW’s loftiest scow. Identifying details are blue trim elements added to the kidney grille and wheel hubs, an eDrive logo on the C-pillar, and a BMW i logo on the fenders above the vent. Once the 7-Series ushers in the practice this March, the iPerformance treatment will be applied to the other three plug-in hybrids as of July: the 330e sedan, X5 xDrive 40e, and 2-Series Active Tourer 225xe.

Think of it as M Performance, except for the environmentally conscious, antipodal to both the Alpina B7 and BMW 760Li. But iPerformance is rooted in genuine technology transfer; the carbon-fiber knowledge BMW acquired in building the i3 and i8 is used in the 740e’s lightweight Carbon Core passenger cell, and the electronic control systems are direct descendants of those in the two EVs.

The powertrain here is the 3-liter turbo four-cylinder taken from the base 730i, with 258 horsepower and 295 lb-ft of torque. A 19-kWh lithium-ion battery juices an electric motor integrated into the eight-speed transmission, providing another 113 horses and 184 lb-ft of torque. Total combined output is 326 hp and 369 lb-ft of torque, said to be good for 25 all-electric miles and 112 mpg in European testing. The electric boogaloo is a 5.5-second sprint from standstill to 62 mph for the long-wheelbase xDrive model; top speed in electric mode is 75 mph.

About the only compromise is a smaller trunk volume, down from 18 to 15 cubic feet. The upside is that the sedan is all about making the most of its small electric range: Auto eDrive and Max eDrive modes enforce your preferred electric discipline; the navigation can be directed to select EV-friendly routing; the battery can be charged in four hours from a wall outlet, or three via BMW’s i Wallbox. BMW hasn’t divulged pricing, but one source says we should figure on something around $89,000, which would slot it between the 740i and 750i.

We’ll have more for you from the Geneva show floor in a few weeks.