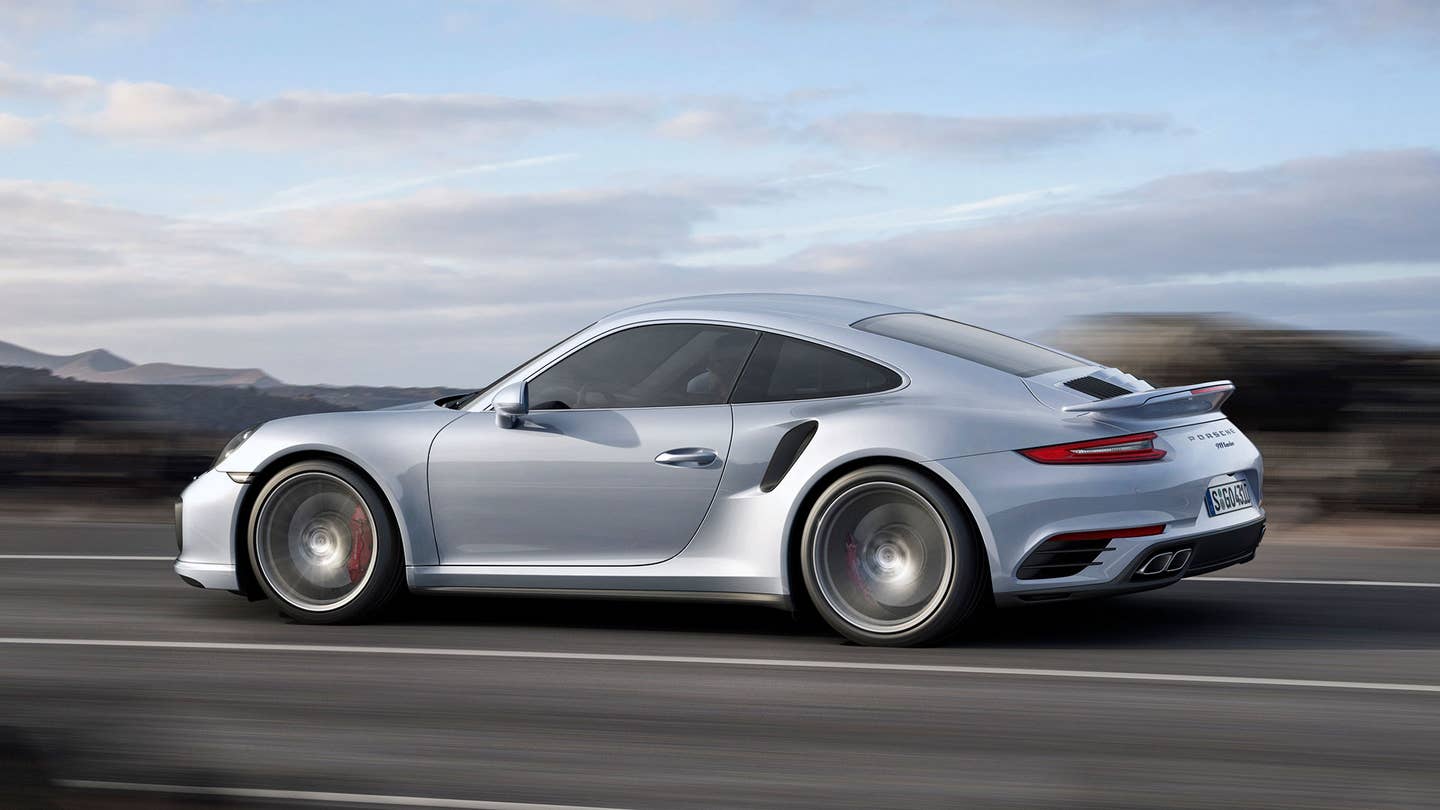 What does Porsche 911 Turbo mean to you? A turbine fed by the fiery breath of internal combustion? Spleen-crushing acceleration? A colossal whale tail and a price tag the size of Moby Dick? Well, here's your latest update: the 580-horsepower 911 Turbo S, now capable of sprinting to 60 mph in 2.8 seconds and carrying on to 205 mph.

Please note that this not the 911 Carrera or Carrera S, both of which are now also turbocharged. Instead, just as with the Macan SUV, all 911 models are turbocharged (save the GT3 and GT3 RS, but only the most expensive and fastest gets the scripted “turbo” tattooed on its extra-wide ass. For this generation, the 911's rear badging moves further away from an ingredient list, and closer toward bragging about how much you spent.

Along with the mild power bumps for the Turbo's 3.8-liter twin-snail flat-six, cab and coupe get the reworked schnoz and taillights, and the frankly goofy-looking switch of the GT Sport wheel. This last lets you toggle among four driving modes, one of which can be customized to taste.

As with the launch of any 911, there is much complaining to be done about the erosion of heritage in favor of anodyne speed and swelling profit margins. But on the other hand, holy crap is this thing going to be fast. Scrape the badges off the back with a no-cost delete, option the plain-jane silver and go Lamborghini hunting.