Who says a coffee maker can't fundamentally change who you are as a human being? 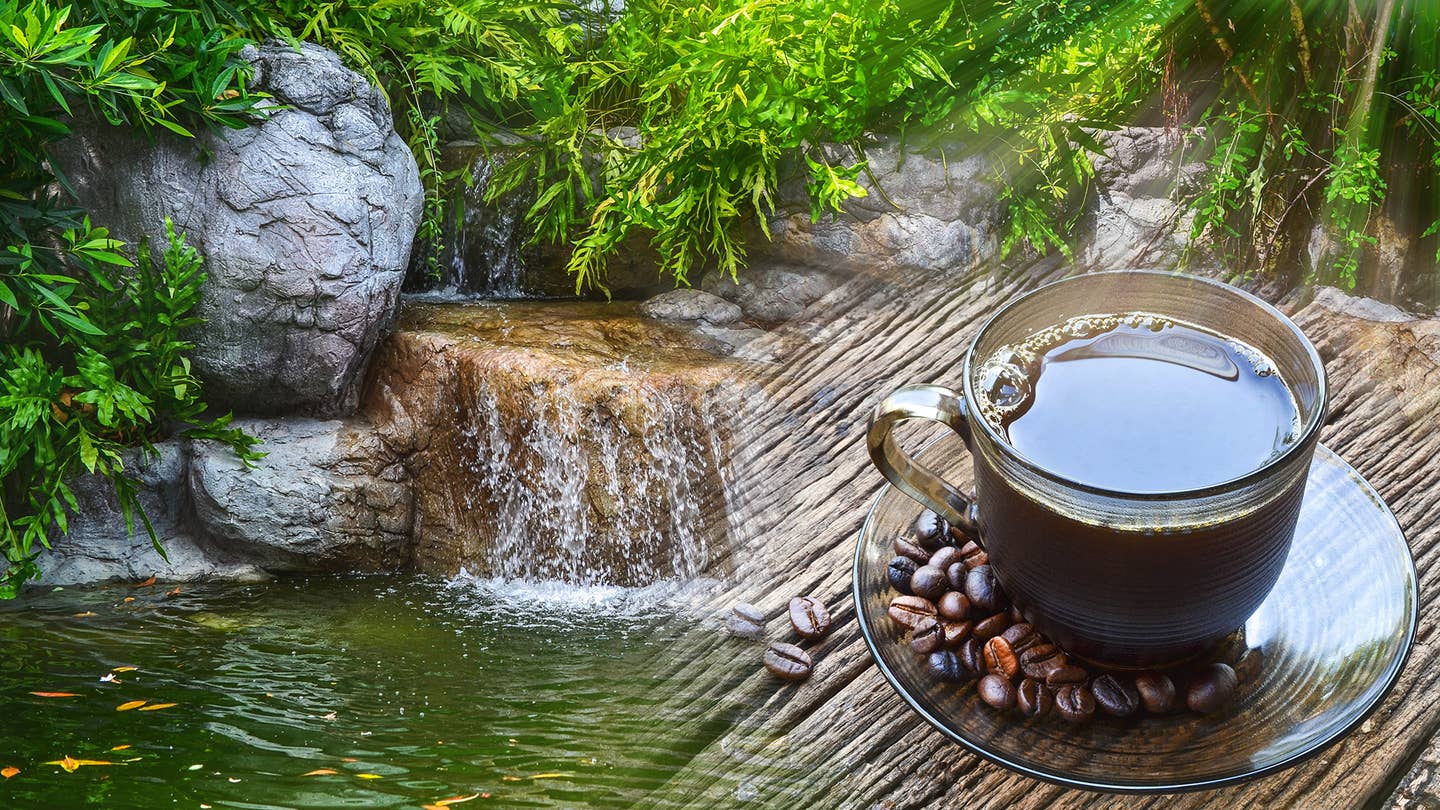 Even just a couple weeks ago I would have thought it crazy to say that a coffee maker can change your life, but I just got back from Nairobi, Kenya for the all-new Keurig 2.0 K675 Plus Brewing System debut*, and I can honestly say that I feel like a new man entirely. Experiencing a truly ground-breaking household appliance in a place like Africa can make you see the world a bit differently; it can give you confidence and free you from the type of restrictive, complacent, and conventional thinking that's been holding you back.

The K675 is an unbelievably important new model for Keurig. I know, because when the travel department emailed me the itinerary for my business-class flight to Kenya they included the ticket price, and when at first I thought I was responsible for paying the equivalent of a year's rent in Dexter I actually started crying right there in the Denny's. Then when I realized that Keurig was in fact picking up the check and I wouldn't have to sell my Acura MDX, I started crying even harder, out of relief. And as it turns out, I was just one of over seventy coffee journalists Keurig invited to experience the K675 Plus; do the math and you realize that this well-respected company wouldn't spend that kind of money unless it's taking its flagship 'maker very seriously indeed.

At its heart Keurig is a family company, because it's owned by JAB Holding Company, the investment arm of the Reimann family, heirs to the very successful German consumer goods firm Joh. A. Benckiser GmbH. That down-to-earth, domestic sensibility is apparent in the K675 Plus, with features like programmable time settings, an extra-large color touchscreen, and the ability to brew everything from a tiny double espresso to a full 30-ounce carafe of coffee, tea, hot cocoa—even chai! These features and more were thoroughly reviewed during a presentation by a prominent Keurig executive whose name I didn't catch; I'm pretty sure it was Dieter something. His English was very good and he wore those weird frameless glasses that Germans love and always make their eyes look like they're filled with nothing but the most seething contempt for your slack, stupid American face, even though he smiled literally all the time. During the presentation they served coffee-rubbed pork belly sliders and espresso martinis, which I thought was a clever touch.

The thing I like about Keurig so much, and the K675 Plus, too, is the attention to detail. Like how the company somehow knew, maybe from some ancient post on my old blog The Caffeinaut (god, remember those days?) that I like a good Merlot...and what were they serving with the bone-in sirloin and spicy pilau but Merlot! It's nice to feel like someone, anyone is actually paying attention to you—that having needs and wants in this world isn't just a way for your ex-girlfriend to emasculate you, but is actually accepted, even encouraged. It's like how the K675 Plus offers five different temperature options, a high-altitude setting, and accepts hundreds of brands of K-cup coffee, including Starbucks, Dunkin' Donuts, and Peets. Those are the kinds of forward-looking amenities you need to compete in the luxury coffeemaker space today.

My guide around Nairobi, and the K675 Plus, was PR whiz Ryan Hines, who's been with Keurig for 11 months and knows the gourmet coffee space well, having previously worked for major caffè players like Illy and General Electric. I could learn a style tip or two from Ryan, who's always super sharply dressed and won't hesitate to order an Old Fashioned on your ass! (And it turns out he's in Detroit a bunch, so I'll definitely be popping his Zingerman's cherry when he rolls through next month, or maybe the month after.) He explained that the key to understanding the coffee selection process starts with your nostrils, so we headed to the spa at the five-star Sarova Stanley hotel for traditional Vunkuwa African massage to "awaken the senses" before nosing a selection of premium Kenyan coffee beans with an expert roaster, Mr. De Luca, who they flew in from Italy just for the launch. His assistant, Giovanna, was definitely into me—putting her hand on my arm and laughing a lot, even though it turns out when I asked for her number to catch up that night at the hotel bar, she doesn't really speak English. But I have to say, it felt good to have some genuine human connection with the opposite sex after such a long and lonely slog. Maybe we'll meet up again in Naples! She has my card.

Maybe the most exciting thing about the K675 Plus is how they jammed so many features—a cord-storage system, a hot-water-on-demand dispensary, and a color-customizable nightlight setting—into a space-saving package that measures just 10.43 inches in length, 14.13 inches wide, and 14.45 inches tall. That's just one inch taller and a half-inch wider than the outgoing model, the K575 Plus, and also factors in a 30-watt power bump, up to 1500W, thanks to a more robust resistive heating element. The K675 Plus also features a brand-new, proprietary heat-conducting grease beneath the warming pan that's said to be 40 percent more efficient that anything used in competitor's systems. Suck a dick, Cuisinart!

As for the coffee itself, we have to wait to see. Because the trip was a combination coffee-lifestyle experience and engineering briefing, we were only able to look at pre-production design bucks and speak with Keurig engineers. But during our helicopter trip over Fourteen Falls we were treated to a thrilling video of a K675 Plus in action, and if the symphonic gurgling and virile steam-release notes were any indication, the time to start saving your money is right now. (Pricing has yet to be announced, but rumor has it you're looking at $220 to park one of these on your counter top.)

But for those who are looking to upgrade to the latest and greatest in K-cup coffee technology, like, yesterday, and want to know the deal, not to worry: Keurig said that as soon as the production models come off the line they'll send me my very own K675 Plus to use at home. So stay tuned for my real-time review of the incredible K675 Plus, the absolute best coffee maker on the market. Coming soon—I hope!

Carl Groenick is an automotive and coffee-lifestyle writer living in Dexter, Michigan.

*This is satire. Keurig did not host a press launch for the Keurig K675 Plus, because that product does not exist.