Has the company engineered the danger out of turbine-powered personal flight? 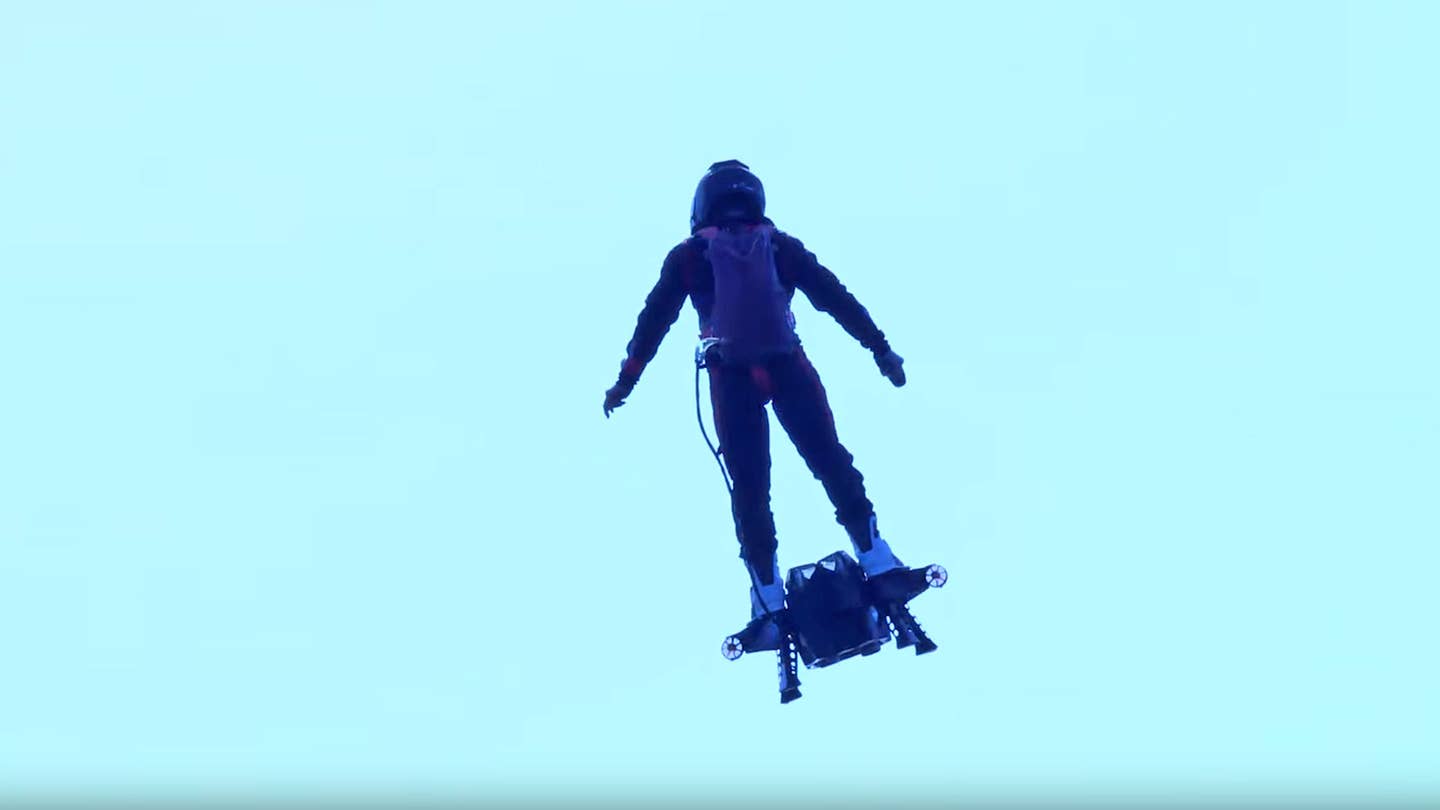 You already know the Flyboard, by Zapata Racing. If you've ever visited a tropical resort with over five hundred rooms, meals included, and a swimming pool shaped like a palm tree, there's probably been a Flyboard stored in a shed by the sea. Akin to a hoverboard, the Flyboard is essentially two Jetski motors attached to a skateboard, allowing users to turn and torque themselves several feet above the water using dual aqua jets. Or, should a guest feel playful rather than (sea)lordly, the jets can be turned sideways to propel a human through and above the waves like a dolphin.

That's cool, but the Flyboard is cumbersome and relies on water to survive (you know, like those dastardly modern Porsche 911s). So Zapata has released a new model, the Air Flyboard, that flies completely free of a large body of water. The design swaps water jets for a turbine and a backpack-stored fuel cell. According to the video, the company claims a top speed of 93 mph, a flight ceiling of 10,000 feet, and a flight time of about ten minutes depending, we guess on the size of that backpack. Those are lofty claims for the segment: ten minutes of flight depends on remarkable amounts of fuel, impeccable engine reliability, and reliable flight stability—none of which previous "hoverboards" have managed. (Even the US Government took a stab at a hovering personal craft, but deemed it unsuitable for battle.) Zapata calls this a prototype, and the video's caution—a slow ride over a soft body of water—betrays as much.

We wouldn't assume that Zapata has engineered all the danger out of standing atop a pair of spinning turbines powered by incredibly explosive gas all while thousands of feet in the air. The wait for a "hoverboard" icon to appear in your Google Maps transportation options continues. Still, it's a step. Nay—a flight.