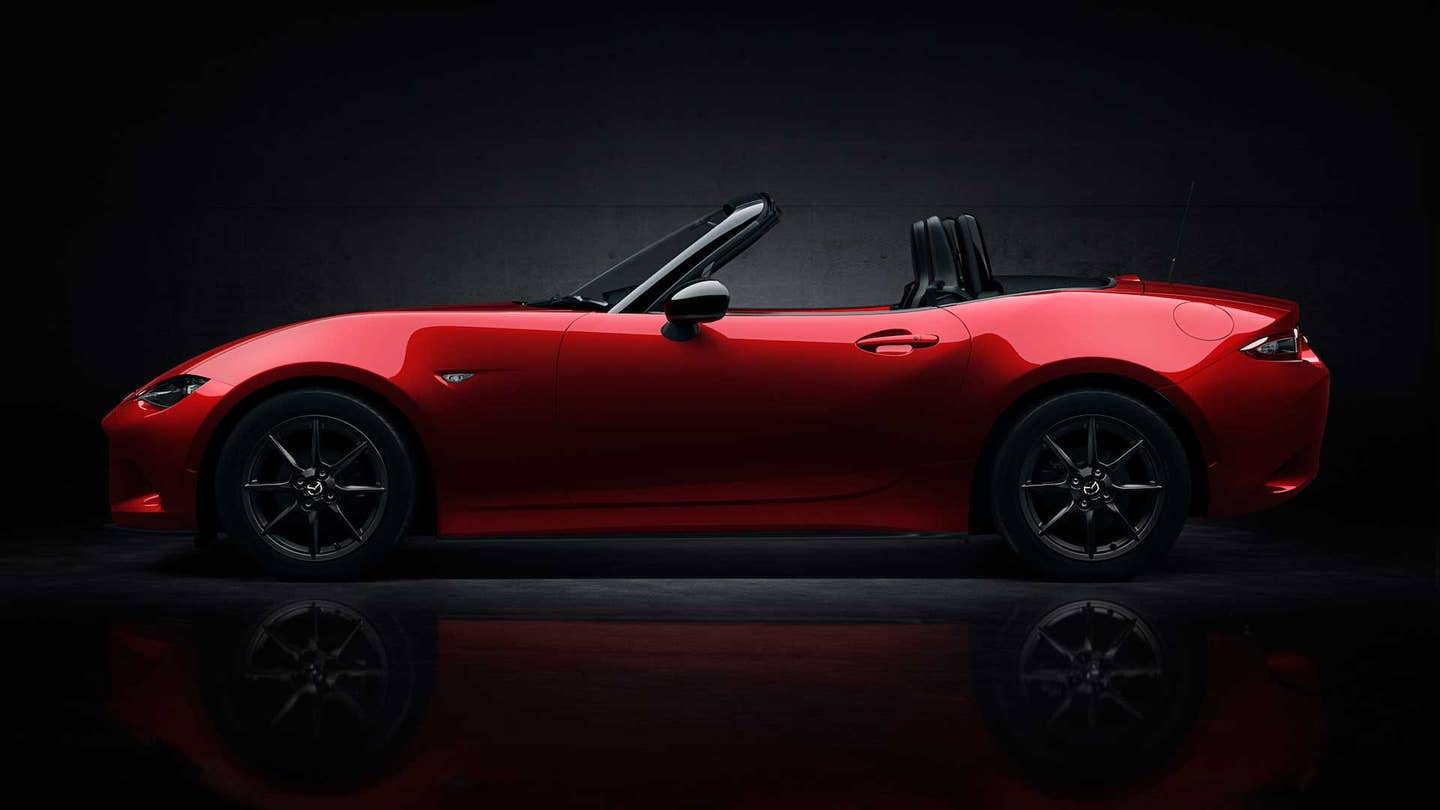 How many trophies will fit in a Mazda Miata? The sweetly reborn Japanese roadster, now joined by a hardtop RF version, has swept the 2016 World Car of the Year and World Car Design of the Year awards at the New York Auto Show.

Just after the announcement, I ran into Rod McLaughlin, the Miata’s vehicle line manager, on the show floor.

“I don’t even have words for it,” McLaughlin said of the two wins. “It’s been a fantastic, amazing week for the Miata.”

Chosen by a jury of 73 international motoring journalists, this year’s World Car Design of the Year narrowed to three finalists, two of them Mazdas: The Miata, the CX-3 and Jaguar XE. Previous design winners include the last year’s Citroën C4 Cactus, the BMW i3 (2013) and Jaguar F-Type (2012). For the overall World Car award finalists, the Miata was joined the Audi A4 and Mercedes GLC.

McLaughlin says the Miata’s awards represented a vote for driving, under attack as it is from autonomous robot hordes and their enablers in industry, academia and government.

McLaughlin adds that Miata owners are casting their own vote for driver engagement, as proven by the lever they’re pulling: Well over 60 percent of MX-5 Miata soft top buyers are choosing a manual transmission, a higher percentage by far than any car sold in America.

Sure, the Miata will likely never reach the popularity it enjoyed at its earthshaking debut in 1989. But the people who love and support it (count us among them) are a cult that can help remind the masses of the fun they’re missing.

“They’ll be like the people who drive Harleys,” McLaughlin said.

“Remember digital watches in the Seventies? Everyone thought they’d be the death of analog, but not so.”