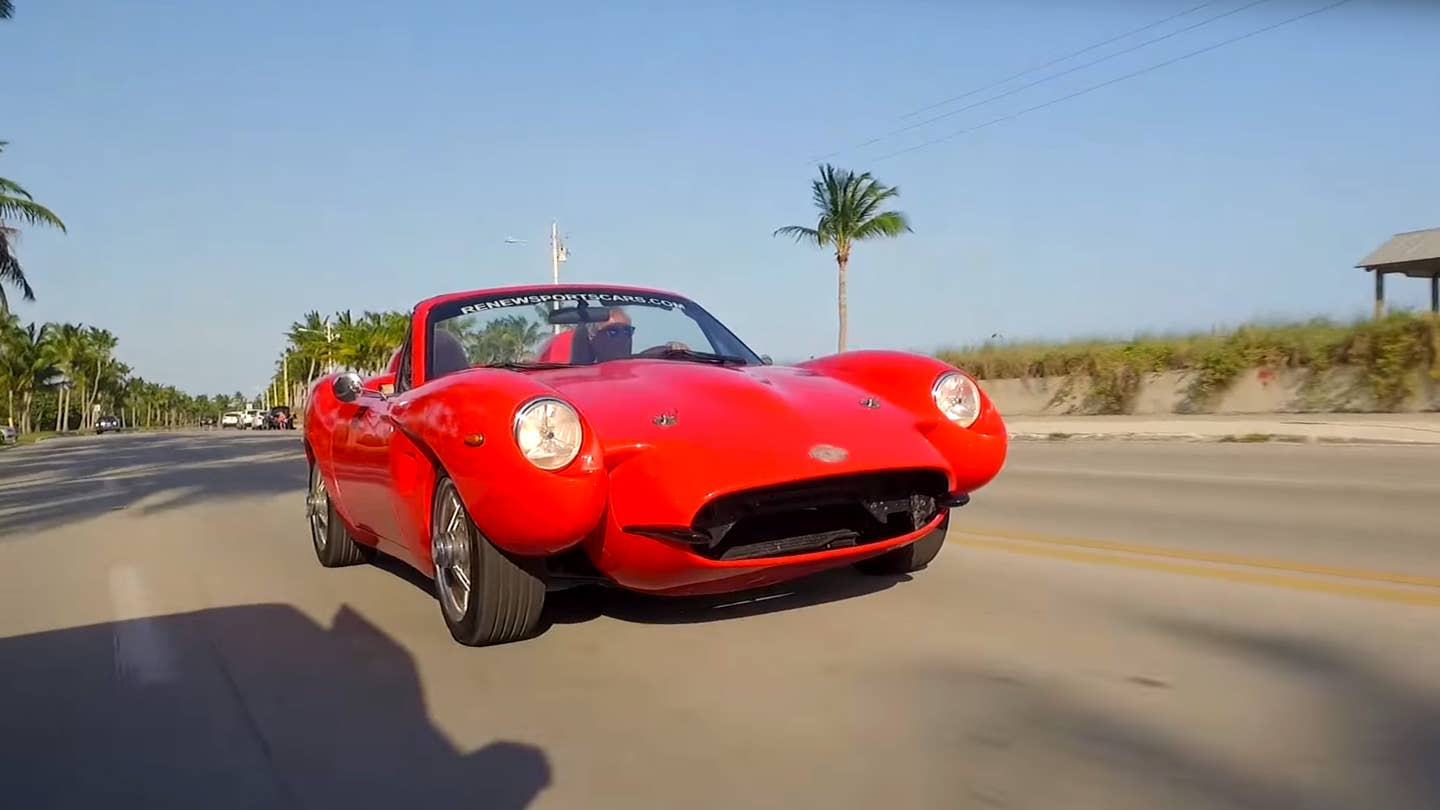 If one genius Florida resident has his way, we'll all be driving carbon-negative cannabis cars on the highway, er, high way, by 2025. Bruce Michael Dietzen is the hero behind the Renew, a sports car with a Mazda Miata chassis and custom body made from three-ply woven hemp. Beyond the organic vibes, the lines of this green machine look pretty good, too.

Dietzen is the second man to produce a vehicle from the cannabis plant. The first? Henry Ford. Back in 1941, Ford experimented with hemp-based constructions, along with soy, flax and resin compounds, to create the world's first hemp ride. Ford took it one step further by having that eco-friendly car run on hemp fuel. The result, according to Dietzen, was a car that is "three times greener than today's electric vehicles."

Since growing hemp is illegal in Florida, Dietzen sourced his materials from China, noting about 100 pounds of the stuff go into each body. While it may look like traditional fiberglass or steel, the hemp shell of the car is approximately 10 times more resilient than steel, a fact that Dietzen nails home in a video by literally hammering the hood with his fist. Because hemp shells are also significantly lighter than fiberglass, the car weighs 2,800 pounds and has a fantastic power-to-weight ratio, when you factor in the 525-HP LS drive train from Flyin' Miata. If he's able to enter production, Dietzen also wants to offer a 2,500-pound, 255-HP model with a turbo, and an electric-only model.

The cost to get this prototype up and running hovers around $200,000, though Dietzen thinks that will drop if the line sees mass fabrication. For now, the first green machine sips biofuel whipped up from repurposed agricultural waste, allegedly running with a sliver of the carbon footprint current EVs generate. The car's currently touring the country so Dietzen and a filmmaker can produce a docu-series about the benefits of cannabis plants. The hope? The trip will convince legislators that legalization of the plant can help save the world. A video from the company's website shows it's already swung through Colorado, perhaps the most fitting state for such a vehicle.

Ready to fire up an order and get rolling on a weed car of your very own? Renew is fielding orders now, though since each one is a one-off, you'll have a wait to receive your cannabis chariot. In the meantime, here's a video of Dietzen cruising around Key West in his creation.