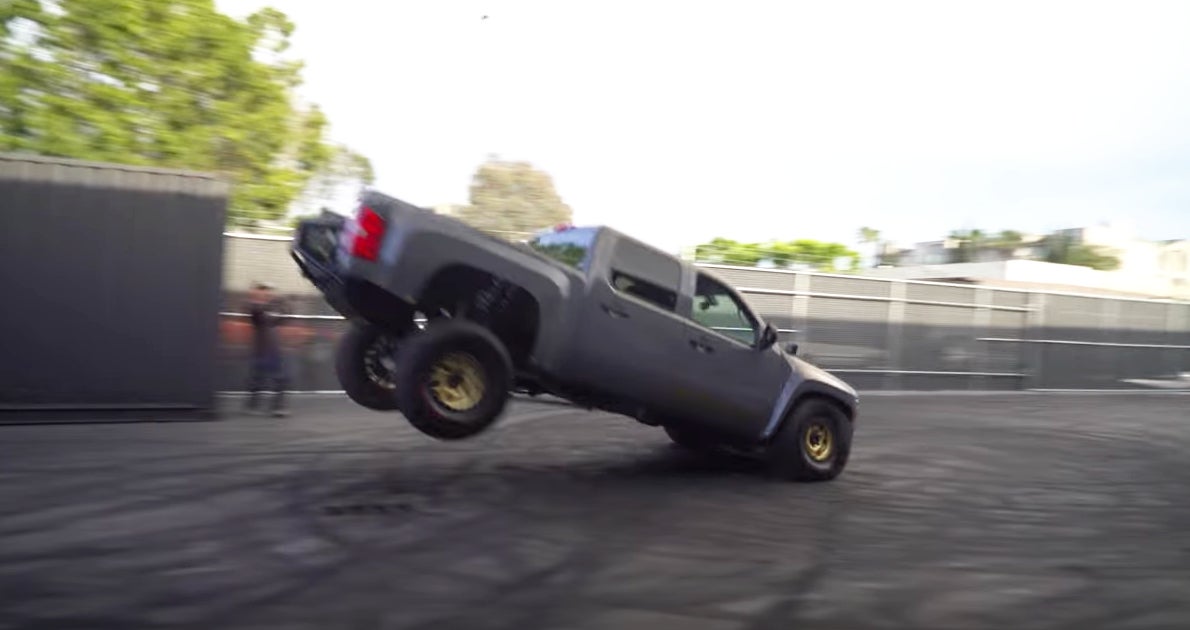 Per paved square foot, the [HOONIGAN] compound has been host to more gnarly rubber abuse than any other slab on the planet. From Hellcats to Ferraris and Pintos to Porsches, it's a daily occurrence at The Donut Garage for some sort of vehicle to be melting some Michelins.

And as dope as a semi-stationary, loading dock burnout can be, it's certainly a bit more exciting when someone takes full advantage of the Hoonigan's concrete jungle. Kibbtech brought their Prerunner-spec Silverado by the garage and it's safe to say the place will never be the same.

In the over ten-minute-long video, Hoonigan's Hert gets the full scoop on this insane machine that began as a stock 2010 Silverado. Under the hood is a beastly Mullinex Racing Engines LS-based 488 stroker motor that puts out over 600 HP - and that number sounds conservative. Watch the video below!

Best Donut Garage performance, ever? We think so!